Read reviews for the JDock™ Kayak Storage System by Malone Auto Racks as submitted by your fellow paddlers. All of the reviews are created and written by paddlers like you, so be sure to submit your own review and be part of the community!

I use the Malone J Dock to…

Submitted by: currion on 5/9/2016
I use the Malone J Dock to store one of my Hurricane Skimmers 128 and a FeelFree Nomad. The Skimmer sits on the J Dock arms and the Nomad uses the strap sling underneath. This is used on a garage wall. This system is rock solid and extremely easy to use. First, installation was a breeze, the JDock arms attach to the wall with two very sturdy bolts. All hardware is provided by Malone. Like other racks, straps are always included and are appropriate for the weight of a a second kayak. Also included are straps to hold paddles under the J Dock. Getting your kayaks on the J Dock is a breeze. The bottom of the arms are padded with heavy duty rubber which also acts as a non-skid surface. The price was very reasonable compared to other wall racks and as usual Malone customer service is the best!
4

The JDock looks nice but,…

Submitted by: normalb on 8/6/2015
The JDock looks nice but, most importantly of course, it seems like a very good product. I installed them about 2 weeks ago; installation instructions are clear and simple. Using the slings for a second kayak is a little awkward, but not bad. Kayaks are off the floor and pretty much out of the way.
5

I absolutely love this…

Submitted by: dbhain on 7/1/2015
I absolutely love this storage system. Living in an apartment with no storage space I was on the hunt for something to hold my kayak and not take up a lot of livable space. I hung this system so the bottom of the J was around the height of my shoulder. This allows me to easily put up and take down the kayak, and have it up high enough that I still have room underneath to place a computer desk or other furniture. Now living in a new apartment with a garage, I use the hybrid feature utilizing the straps to hang my bike upside down so my outdoor gear is off to the side and slimlined against the wall leaving room for my car. Product is very sturdy and strong.
5

this was easy to install in…

Submitted by: pietrascj on 7/27/2013
this was easy to install in my barn and now my kayaks are protected (last fall they were stored outside and a tree limb fell in a storm and damaged my fiberglass yak - should have known better)
4

Since I bought a kayak…

Submitted by: coachstahly on 7/25/2012
Since I bought a kayak recently I also needed to store it. The recommended method is to stand it up but my garage isn't tall enough for that. The next recommended method is to store it on its side. I have room on the garage floor but didn't want to leave it on the hard surface. That meant a wall mount rack and the Malone J-Dock Hybrid Kayak and Gear Garage Storage Rack is the one I went with.

Comments on Amazon led me to drill with a 1/4 in. drill bit instead of the suggested 3/8 in. drill bit. The lag screws went in snugly (compared to the loose fit mentioned with the 3/8 bit). The lag screws that came with the purchase have also had some minor complaints (bolt section on top came loose while ratcheting them in - too much torque?) so I went to the local hardware box store and bought some stainless steel lag screws as well. Those are the two things that I figured would be slightly extra work but neither is a deal breaker.

Once I mounted the rack they seemed sturdy and solid. Upon lifting the kayak onto the racks they continue to seem very solid. The two racks are spaced far/close enough apart to support the kayak so as to prevent undue stress on the hull. They don't stick out too far from the wall (extend less than our 50 gallon recycling can) and getting in and out of the car on the side it's hanging on is still pretty easy and roomy.

The only other complaint I have is that the kayak I have (Necky Manitou 13) does NOT sit on the small padding section in the middle of the two grey/black bases. Instead they're resting on the slightly textured base that surrounds the pads. Since the kayak isn't moving I'm not worried about abrasion but I think I'll still purchase some padding of my own to place on the area in question.

Easy installation, solid support, not a space eater and a decent price make this a purchase I'm happy with so far .

Submitted by: paddler231850 on 10/17/2006
Light polyethyline plastic racks get lag-screwed into wall beams for an easy to use storage system. I used to use a hoist system but found that to be too much work. These come with nylon webbing straps for tie down, but in a garage setting, bungee cords connected to the bottom of the J-Dock and an eye bolt or screw hook above the kayak work much better and takes pressure off the bottom rack to keep them from weakening over time. I have them at knee level and it makes storing & retrieving the kayak very easy.
JDock™ Kayak Storage System
by Malone Auto Racks
Submit Your Review
Learn More 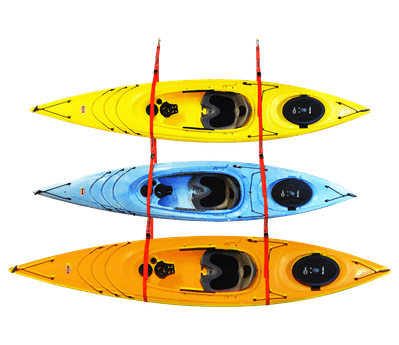 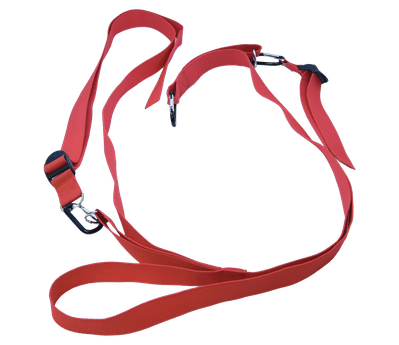 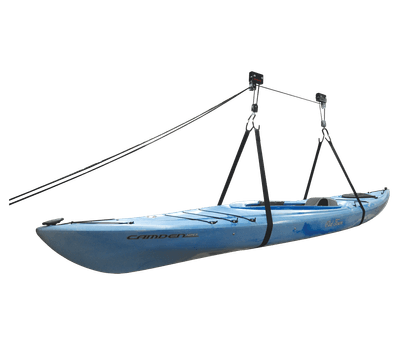 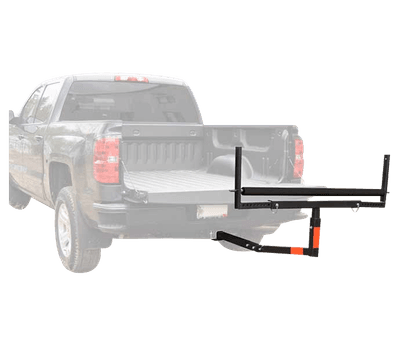