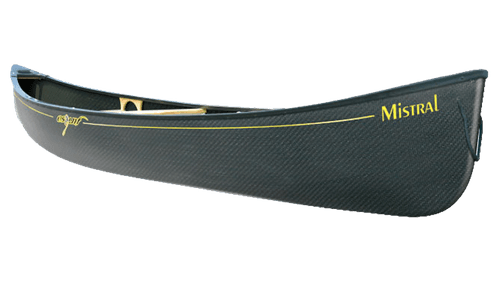 The Mistral is a canoe brought to you by Esquif Canoes. Read Mistral reviews or submit your own review to share with the paddling community. Check out a few other canoe recommendations below or explore all canoes to find the perfect one for you!

Read and submit reviews for the Mistral.

Read reviews for the Mistral by Esquif Canoes as submitted by your fellow paddlers. All of the reviews are created and written by paddlers like you, so be sure to submit your own review and be part of the community!

Bought a used Mistral a few…

Submitted by: shooter-x on 8/11/2016
Bought a used Mistral a few months ago and really love it,beautiful black Twin-Tex ,cane seats, a contoured yoke and airbags. Fit and finish are very good, the only thing I think about changing is the yoke has a single bolt but I believe tandems will be stronger and hopefully stop the squeak every time I touch it .She paddles well solo and tandem,the rocker seams to make the bow catch the wind on open lakes and makes control a bit harder but I got it for the sole task of River Travel with my Australian Shepard. Weight is listed at 60 lbs. so heavier that Kevlar but not near as heavy as the Old Town Discovery 158 and Kevlar was not in the budget. Great boat
4

Have had my Mistral for a…

Submitted by: wildernesswebb on 2/11/2011
Have had my Mistral for a year now. I paddle it on rivers, with some flatwater experience paddling in one of the rivers that has several pools. Bought it from a guy whom thought it had too little initial stability. I don't get that feel at all. Actually more initial stability than most shallow arch hulls IMHO.

Nice, contoured yoke, but I removed it to install a center seat and I have set mine up to paddle solo or tandem. Holds a LARGE amount of gear with plenty of freeboard. With too light a load those stems are very prone to catch wind.

Rivers and maneuvering are where this boat shines. If you paddle a lot of flatwater, you better have a good forward stroke. I had a bit of trouble with the stern "Skidding" around tricky spots, but noted that loading so I had a little more weight in the stern solved that problem.

As for the material, it seems very tough. More resistant to abrasion than other composites or royalex. I bought this boat for roughly 50% of what it retails for so I have not felt the need to "Baby" it. It has come through a couple hard knocks on ledges and rock as well as scraping on Ozark streams pretty much unscathed.

As for paddling it solo, it is a BIG boat. I don't recommend it unless you are a big guy and enjoy paddling Prospector-type hulls and haul a big load. If you are small with narrow shoulders......

If you are looking for a Prospector type hull to paddle primarily rivers tandem and occasionally solo, this would be a darn good choice. It is dry, maneuverable, and stable. I've been very happy with this boat. I would give it a "8.5" if that were a choice. I'd give it a "10" if it had a bit less rocker and a bit lower stems. But nothing's perfect!

Last summer we rented the…

Submitted by: paddler229352 on 2/10/2011
Last summer we rented the Mistral. After looking at the canoe, I asked the dealer if it was tough enough for a trip that included some whitewater. The owner took out a hammer and banged the canoe. No dent. The superlight twintex just bounced back.

On the water the boat was light and fast. On the portage trails the boat was just as light and probably just as fast. One of my sons quickly became enamored with it and volunteered to use the rental boat all week. Unfortunately although the material can take a banging it doesn't do to well when bent. A temporary wrap around (temporary in the sense they were off the rock before I came around the corner) led to a tear in the boat. With two more days to go we were all happy that it seemed to take a patch fairly well. Back at the rental place, we found out that it would have to go back to Esquif for repairs.

Sooooo, a nice boat depending on usage... for bigger rockier waters an ABS boat is probably a better choice if you're going to run it, in smaller rapids, calm water or on the portage trail the boat has to rate high!

I've had my Mistral for two…

Submitted by: Edson on 9/18/2008
I've had my Mistral for two years now and feel better able to give a more complete and rounded review. Appearance/Outfitting: My Mistral is black with a whitish interior. It has web seats hung from the gunnels. The seats are high enough to put your feet under for kneeling. It has a very comfortable wooden yoke which probably seems more comfortable because the boat is listed at 52 pounds. I have not weighed the boat and I see that Esquif now lists the Mistral at 58 pounds. This could be because the newer versions have a foam core to aid with floatation. Mine has no foam core so, evidently, if you have no other floatation, the boat will sink if swamped. I haven't tried this yet. Esquif sent out two foam blocks cut to fit in the bow and stern but I haven't used them. On day trips I always take along some dry bags or other floatation and on trips I have my gear tied in. The boat also has comfortable carrying handles as part of the bow and stern deck.

Performance: Overall, I continue to be very, very impressed by the Mistral for a variety of reasons. This boat will hold a lot of stuff. I have taken week-long trips with lots of gear and had a lot of free space.

The Mistral has 3.5" of rocker in the bow and stern and maneuvers very well. With a load, going straight isn't too much of a problem but with an empty canoe and some wind you do have to pay attention. It is quite a dry ride in waves and handles confused currents and lake waves from the side very well.

The Mistral is surprisingly fast. I've had it on day trips and camping trips with a variety of other canoes and it seems to have no trouble keeping up, if not being at the front of the group.

I certainly can't speak with any authority on the Twin-tex material but it does seem to be able to take some banging without any problem. I have one long scrape (I don't remember exactly what happened) that is a little deeper than I would like. I guess if I have any reservation it is with the ability of the material to stand up to repeated dragging over sharp rocks but then, how many materials do well with being dragged repeatedly over sharp rocks?

I believe that field repairs can be done with duct tape but that more permanent repairs require that the boat be returned to your dealer who has some sort of specialized machine that does the repairs. That sounds like a real negative but Esquif has had this material in some of their whitewater models and it has a proven record of taking all sorts of abuse.

Final verdict: This is a very nice boat. It is light, carries a load, handles waves well, maneuvers well, is surprisingly fast and it is tough.

I did something that I swore…

Submitted by: guest-paddler on 5/13/2008
I did something that I swore that I would never do. I bought a boat sight unseen, without ever paddling it. My criteria was as follows: A tandem 16 footer that could paddled solo. I wanted something that would be capable as much as a day tripper on quiet water as a tripper on moving water. Though rocker is not a standardized measurement, my minimum requirement was at least 2"

After much consideration, research and my personal experience with Esquif, I purchased the Mistral. Though I had considered a MR Explorer, OT Appy Novacraft Prospector and Wenonah Prospector, the Esquif sold me for the sole reason that it was an advertised 51 lbs.

Upon picking up the boat on Monday, I was struck by the lines; prospector-esque but a modern interpretation. Its sharp in the twin-tex lay up and a bit "mean" looking. It is unique looking enough that I was pulled over by two paddlers on the highway wanting to know what the hell that black fiber boat was (don't see too many composite boats in NE).

It has standard outfitting: Esquif Truss Hangers (the best and strongest in the industry, in my opinion), vinyl gunnels and the most comfortable yoke I have ever used. I would swear it was custom built to my shoulders but a lot could do with how light the boat is.

There has been a lot posted about the rigidity of the hull in Twin-Tex. The hull is stiff and the bottom in reinforced with a balsa wood core to prevent oilcanning and to increase floatation. After paddling the boat, I would probably add another thwart behind the bow seat if I wasn't going to paddling tandem from time to time with my wife.

Paddling was a dream. Though a bit switchy upon entering the boat we did the Tom Foster, "boat boogie wiggle" to get a better sense of secondary and final stability. We had the gunnel complete submerged, taking in water and we did not go over. Impressive, but what you'd expect from Esquif or really any shallow arch hull.

Tandem Paddling: we had heard a lot about the glide and effiency of twin-tex in the water. I was very skeptical, but after paddling it I'm a believer. Glide was fantastic, sliding over rocks much easier than royalex

Despite 3.5" of rocker, tracking was a breeze with a j-stroke. there was no need for major correction strokes. There was no feeling of it being sluggish in the water and is much faster than the "pig on the flats" threshold.

This boat can turn well. Carves nicely, eddys and peel outs were crisp with a good boat lean.

Solo paddling: Again, I had heard good things about paddling this boat solo, either from the bow seat or canadian style. I tried both today and came away impressed.

The boat has fairly high volume and definitely caught wind but it would manageable with a load. I wish that it had the option of wood gunnels.

Overall, I'm quite happy with the canoe in its maiden voyage and will continue post updates as I learn its nuances and personality a bit more.

Submitted by: canoecamp on 9/5/2007
Great canoe: fast, responsive, fairly light. With eddyturns, we leaned her to the gunnels within the first 5 minutes! Very forgiving beginner canoe, too.

Downside (if that is one): looks like a Prospector 16, behaves like one and cost, due to the innovative material, 30% more than a RX Pro 16. OK, the weight...but our test canoe was 12% over weight on my scale - standard equipped! Puts her in close range to a RX Pro 16 weight-wise as well....

Twintex seems to have way more glide than Royalex. And it doesn't get scratched or dented as easy. If you got the $$$, go for it. Otherwise, you might as well buy a cheaper material hull. 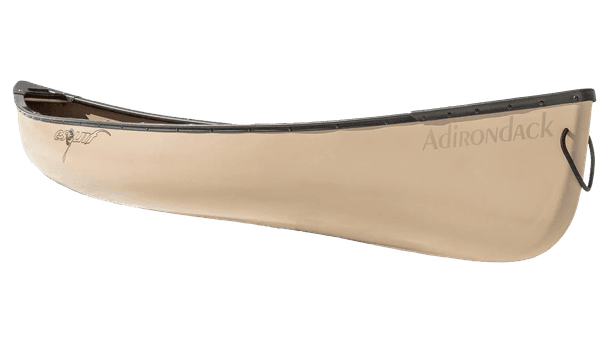 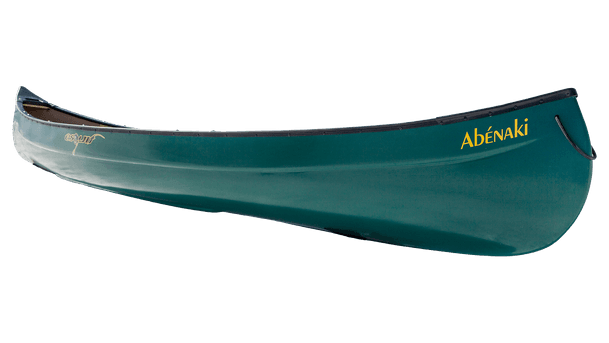 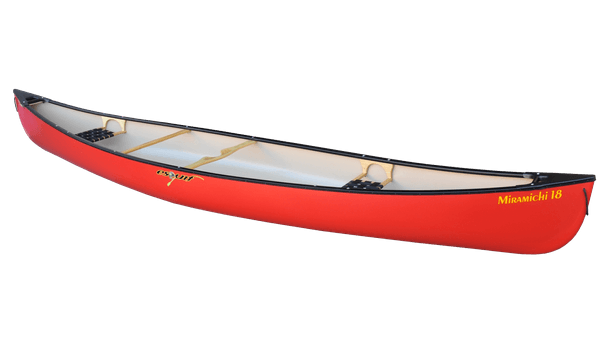 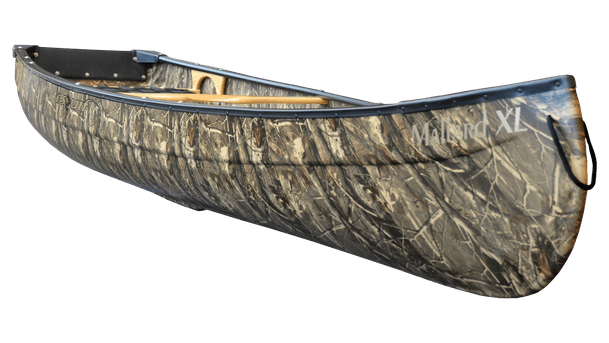