The Viper is ergonomically designed with a double bend shaft to help keep both wrists aligned when paddling. This reduces fatigue and is a great benefit for wilderness tripping. This paddle is hand-crafted in Osceola, Wisconsin of durable, lightweight basswoods. The Viper’s durable blade has a 4 oz. fiberglass wrap and full Rockgard® protection for added peace of mind. This paddle is both stunning to look at and a treat to paddle on long trips.

Read reviews for the Viper Paddle by Bending Branches as submitted by your fellow paddlers. All of the reviews are created and written by paddlers like you, so be sure to submit your own review and be part of the community!

I have owned Bending Branches…

Submitted by: fotomatt on 9/8/2015
I have owned Bending Branches Arrow paddles since purchasing my Old Town Penobscot. This year I switched to a double-bend paddle and bought the Bending Branches Viper. The folks at Bending Branches were great in helping me decide on single- versus double-bend and also sizing. And the guy at Austin Canoe and Kayak was also really helpful in my final sizing decision.

So far so good...my first two…

Submitted by: fotomatt on 6/18/2015
So far so good...my first two paddles, the Arrow, have been great. After last year's water play (both whitewater in my IK and canoe on the lake) my elbow felt like a pro tennis player's and my search for a new paddle began.

I've always wanted one of…

Submitted by: JohnEd on 12/27/2013
I've always wanted one of these to go with my Kruger boat. The paddle is beautiful, its curves elicit many a stare and compliment. Oh the feel of it in ones hands...the light weight, the ergonomically correct grip, and the angled, large blade make the day glide by. Finding it on clearance really helped sway my decision. Thanks Mountainman!
4

My Experience: I have worked…

Submitted by: paddler233027 on 5/4/2010
My Experience: I have worked for a canoe and kayak dealership for 11 years and paddle 3-4x a week. I have paddled every boat from 40 different manufacturers and have tested every paddle I can in my last 15 years of paddling.

CONS:
The Viper advertises the ergonomic bend to the shaft and claims to relieve sore wrists. My wife does claim it helps with her tendinitis but isn't sure if its just the light weight. This is where it looses points. It's unique, but I think the claims of BB are a bit lofty.

PROS:
This paddle is light weight, fast, and sexy. I prefer this paddle to any carbon because:
1)I don't race
2)Pulling wood is easier on the joints after a week of 10 hour paddling days on extended trips. Where I LOVE this paddle is that the bend in the stick allows it to do what no other bent shaft could. I am primarily a canadian style paddler. I paddle on one side and constantly cycle through canadian, indian, draw, and pry strokes. I never liked how a bent shaft hindered all of these strokes but I wanted the added efficiency. The bend in the shaft allows me to change my grip and have the blade enter at a right angle when I want that perfect draw or pry stroke. Canadian and Indian are still best done with a straight shaft (Never leave home without one). But for all day trips, this is the paddle that covers the most distance for me. Should make any advanced paddler happy. Hope this helps! 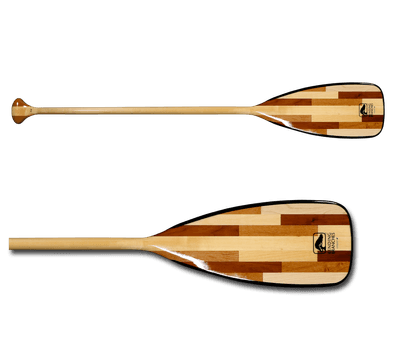 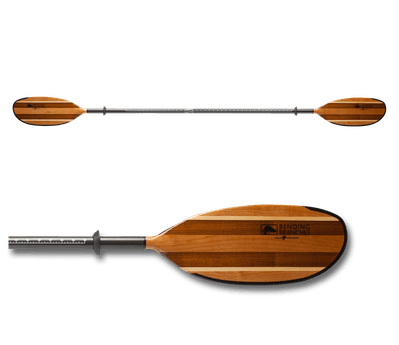 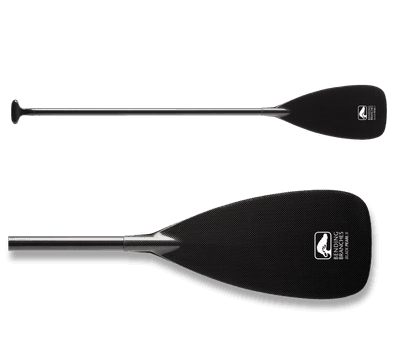