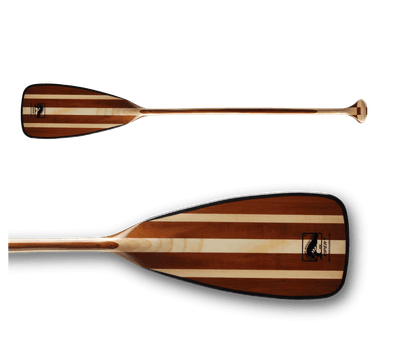 by Bending Branches
Details
So far so good...my first two paddles, the Arrow, have been great. After last year's water play (both whitewater in my IK and canoe on the lake) my elbow felt like a pro tennis player's and my search for a new paddle began.

by Old Town Canoe and Kayak
Details
I found a used Penobscot 16 and figured - at $450 - if it was not RX it was a good deal... if it was RX it was a screaming deal! Bought it and called OT with the serial. SCORE!

I ran this solo on the Colorado in May (Ruby/Horsethief section). Fast flowing water and high volume (volume nearly doubled in one day!). Can't imagine a better boat to do this in! Expedition capable all the way. Had it loaded with gear and it was super stable, very responsive (after a couple of gear position/weight tweaks).
Handled Class II extremely well!

I also put this canoe on the lake, both tandem and solo. Again, stable and responsive! If you're doing any advanced level of canoeing - especially multi-day River, this IS the canoe.
Thanks Old Town!