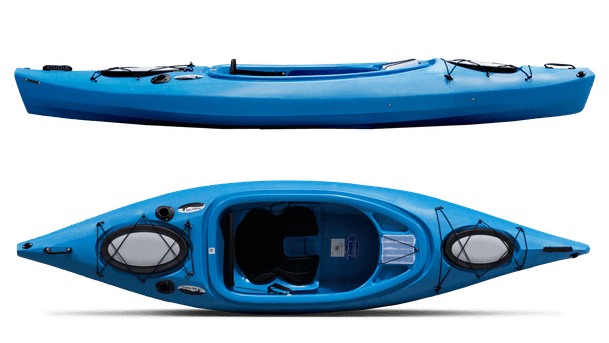 by Future Beach Leisure Products
Details
The only kayak I have owned. I had borrowed several other brands from friends before I purchased my own but never felt they were very stable. After researching the Future Beach Trophy 126, I purchased one on sale at Dick's and have been very happy with it for the past 3 years.

I have used it on lakes from choppy to still and on several rivers. It' not made for speed but if you want stability - this is it. I would recommend this for any beginner buying their first kayak or anyone wanting a stable kayak. With it's length you can really go through some tight places and maneuver around obstacles with ease. The only thing I wish it would have had on mine was a solid bulkhead behind the seat when I bought it. You can now get a kit from the company to retro fit one. The new ones come with a bulkhead.

I highly recommend the Trophy 126 to anyone buying their first kayak or some one wanting a more stable one.