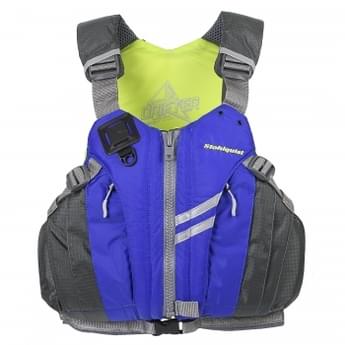 by Stohlquist
Details
After using a basic PFD for 2 years, I decided to upgrade to a more kayak specific model. The Drifter was an excellent choice. Multiple adjustments make it a very comfortable vest. The high back clears the backrest on the kayak seat. My favorite feature is the side cinch straps. When you're in the water they prevent the vest from rising up around your chin unlike all the other vests I've used.
I would highly recommend this PFD. 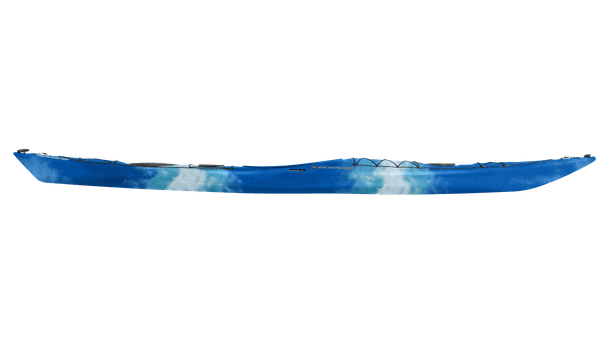 by Wilderness Systems
Details
I've had the WS Tempest 165 for about 3 months now and have been out at least a dozen times. I was very impressed with the initial stability. At 21 1/2" wide I though it would be rather "tippy" but it's almost as stable as my rec kayak. It's also much faster than my rec kayak. It seems to handle wind and waves great although it hasn't been in anything bigger than 2' swells so far.

It's maneuverability is good with the skeg up and it tracks like an arrow with the skeg down. There have been a few times I missed having a rudder, especially when paddling around coves and such but my main purpose for getting this kayak was so I could cover more ground faster.

I have decided that I'm not a big fan of the day hatch. I'm older and not flexible enough to access it while paddling. Since the skeg box breaks up the space in the back, I would rather have one large compartment for stowing gear on overnight trips. Cosmetically speaking, the boat has beautiful lines and the WS Phase 3 seat is the most adjustable and comfortable seat I have had so far.

One note of caution... I'm 5'6", 160 lbs and have size 10 shoes. If you're any bigger than me, you may not fit in the kayak. The cockpit fits me like a glove but I do find my feet a bit cramped. It's nothing I can't deal with but knowing what I know now, I probably would have gone with the Tempest 170 which has a slightly higher deck.

Overall it's an excellent kayak that will handle big wind and waves, even if I'm ready to yet. 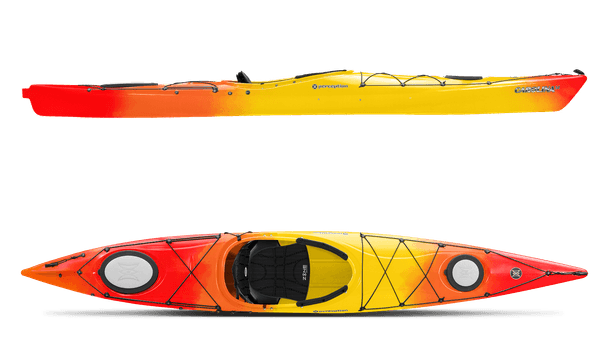 by Perception
Details
I've had my Carolina 14 for about 2 years now. I can't say enough good things about this boat. I had previously been paddling a 10' rec kayak and the transition from it to the Carolina 14 was very easy.

The Carolina's initial stability is excellent. With the rudder, it tracks great and it paddles well, even in rough choppy water. The seat is very comfortable with adjustments to lift your thighs and the back has about 4" of adjustment up and down. For overnight trips it has a ton of storage space. In fact, on a recent overnight camping trip I chose it over my sea kayak just so I could take some extra luxuries.

If you're looking to upgrade from a smaller rec kayak, this boat would be an excellent choice.