Now in this episode, we're heading to a part of Québec that's known for its charming small villages, incredible food and beautiful waterways. With four national parks in the region, it's a place that prides itself on maintaining a strong connection with the outdoors while at the same time, providing all the benefits of an urban environment. In this episode of Paddle Tales, we're exploring Québec's Eastern Townships.

Bordering the states of Vermont, New Hampshire and Maine, Québec's Eastern Townships, know by the French as Cantons-de-l'Est is found only a few hours from the nation's capital, Québec's capital, as well as the second biggest city in Canada, Montréal. But despite being so close to such a large number of people, the region's small towns and villages have maintained their charm, which is why they're a popular destination for vacationers. The rolling hills, winding rivers, clear lakes, and four national parks in the region also make it an adventure traveler's dream, with endless outdoor activities to choose from during the day, and a smorgasbord of dining options afterwards. Not to mention 19 micro breweries. That's right, 19. Unfortunately for me, I'm not there to enjoy them. Instead, stand up paddler Alex Keller is exploring the region and her adventures get underway in Frontenac National Park, which sits on the shores of Lake Saint-François.

Known for its rich biodiversity, Frontenac Park has over 200 bird species, 30 mammals, and 1,000 year old peat bog, which according to the locals, we have to check out. And so Alex is meeting up with Stephane Poulin who's gonna show her around.

- [Alex] Stephane took me through what almost looks like a rainforest. It was so lush and so green, the ground was covered in this beautiful moss, there were orchids and flowers and just this amazing place to adventure. And then the landscape changed drastically as he took me into the peat lands.

- [Stephane] We are really close to the peat land and because of the peat that grow here, there's a lot of humidity still in the ground and this humidity will affect the vegetation around us. So that’s why we have a lot of trees dead over here is because there's probably too much water on the ground so they die, and other younger tree will take their place. That's why there are so many dead trees over here.

- [Alex] Because of the wetness of the peat, they had this really nice walkway that we were able to go to and in the middle of the peat lands, they had this big tower that we could view the entire landscape from. And from the view we got to see the peat lands and these really unique waterways that are specific to this region. Stephane was able to explain to me the reason why the water in the lake and in the rivers is so pristine. When it rains, or from ice melt, the water is filtered through the peat moss that's there in the land, and it then goes into the rivers and streams, but it acts as a filtration system, keeping the waters pristine and perfect for the fish and the other wildlife that live there.

- [Ken] Having seen the park from land, Alex is excited to check it out from the water, and so the two of them head to Lake Saint-François to continue exploring by stand up paddle board.

- [Stephane] Lake Saint-François is a lake, one of the big lake in the southern Québec, 51 kilometers square, and here is one of the two big bay we have in the Frontenac National Park. This bay is the Moss Bradley.

- [Alex] All of this where we're paddling now is protected.

- [Stephane] Protected, in this bay, the maximum speed is 10 kilometers an hour, so it's usually really quiet to paddle, kayaking, canoeing. And people are really great to respect it and share their lake.

- [Ken] Leaving Frontenac National Park, Alex heads south towards the mountains found near the Vermont border. She's on her way to Au Diable Vert, a unique outdoor center that sits high in the Sutton Mountain range, and provides incredible views of the area. But the best way to see the countryside is from the Velovolant or Flying Bicycles, which provide a unique perspective of the forest's canopy.

- [Alex] Super excited to be here today at Au Diable Vert at Velovolant or the Canopy Cycle Tours where today, I get to cycle through the treetops. Okay.

- [Ken] The Velovolant is the first of its kind in Canada, and topping out at 100 vertical feet off the ground makes it the highest in the world. Although it's not intended for the faint of heart, unlike zip lines or other canopy tours, the Velovolant is not designed to be a challenging course, but a relaxing way to see the forest and get stunning views of the surrounding mountains and countryside.

- [Alex] Woo! The sights, the sounds, the environment is so calming. It's so beautiful. I'm seeing mountains, I'm seeing waterfalls, I'm seeing the trees and all of the animals that live there. This is just a view that's unlike anything else that I've experienced.

- [Ken] Having got a bird's eye view of Eastern Townships, it's time for Alex to explore more of the incredible waterways that the region has to offer, and so she's meeting up with William Hogg, a local guide who's gonna show her down a beautiful section of the Saint-Francois River that passes right through the center of the biggest town in the region, Sherbrooke.

- [Alex] Well, we sure lucked out in the weather.

- [William] I know. This is late September almost. Most the time, you'd be in a sweater and...

- [Alex] Yeah.  No, it's perfect. The paddle on the Saint-François River was really unique in that we got to start in nature. We actually started in this beautiful park, and as we paddle through, we got to see all of the trees and nature, and the water is actually really, really calm and really placid. You could see the reflection of the blue sky and the trees on the river.

- [William] The area itself was first settled back in the 1600s, mainly by the English, and then after the War of Independence in the states, a lot of the loyalists who were pro Britain moved up and settled in the area.

- [William] Yeah, exactly, hence Sherbrooke, and many of the towns in the area you'll find are called English names as well. And it was only until sort of the mid 1800s that more French settlers started moving into the area, but today, it's majority French, but there's a very strong history of English and French relations in the Eastern Townships.

- [Ken] Alex and William soon find themselves passing through the heart of the city of Sherbrooke. Although it's always interesting to transition from the wilderness to an urban environment, in Sherbrooke, it doesn't feel unnatural, because here, like the rest of the Eastern Townships, the town feels like a natural extension of the landscape, a place where you can enjoy fantastic urban amenities but still feel connected with the land around you. 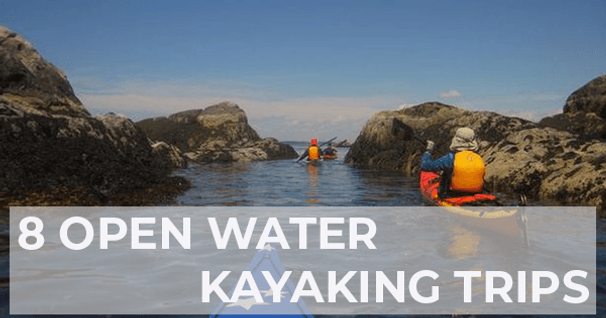