2009 marks the 100th anniversary of Quetico Provincial Park. Its creation in 1909 was a reaction to an ever growing concern over wilderness protection across North America, especially to a network of lakes and rivers northwest of Lake Superior which was quickly becoming an oasis for recreational canoeists. The United States formed a National Forest and Ontario fashioned Quetico, initially a game preserve and soon after one of the first wilderness provincial parks.

The story behind how Quetico became a forest reserve in 1909, and then a provincial park in 1913, is a complex one, filled with cross-border politics and all kinds of emotional responses from various interest groups. It was such an impassioned debate, there's definitely no shortage of literature on the subject. But the most compelling, in my opinion, are the journal entries of Ernest Oberholtzer initial canoe trip in the park. "Ober" was a key figure in the preservation of the Quetico-Superior wilderness, and obviously wrote a lot for the park's conception. But he also celebrated its creation by going off to canoe Quetico not long after it was established, and then noted in his diary the pleasures he found along the way. To me, his journal not only gave a definite view of Quetico during its original development, it exemplified the real reason why this chunk of wilderness deserved protection in the first place.

Oberholtzer, along with his native guide Billy Magee (Taytahpahwaywiton - Far Distant Echo), were gone through August and September and chose a route beginning in the northwest end, near Lerome Lake, and finished up in the southeast, at Gunflint Lake. To retrace their exact route would be a great trip, not to mention an exceptional way to celebrate the upcoming 100th anniversary of the park in 2009. Realistically, however, with the average canoe trip nowadays lasting only a week, not a month, opting to just visit Oberholtzer's favorite lake en route - Poohbah Lake - would be an accepting compromise. After all, where Oberholtzer and Magee went in 1909 isn't as important as why they went - to celebrate the birth of one of North America's largest chunk of protected wilderness areas, Quetico Provincial Park

Under that same line of thinking, one of the key projects the Friends of Quetico and the park itself have been working on for the centennial is a one-hour documentary that recreates the same enthusiasm Obherholtzer had for the park during its development. This past season, I returned to Quetico with film producer, Kip Spidell, to finish filming the documentary. For 20 days in August, we paddled throughout the park, shooting over 22 hours of footage. The Friends are still eagerly gathering funds to have the film put together in the editing room and are hoping to have a release date of mid-July 2009.

If you've never visited Quetico then this is the year to do it. Or better yet, if you're a park regular, then make sure not to miss your annual pilgrimage in 2009. The staff have endless activities going on the celebrate the centennial, including:

The film is made up of three major bodies of work. The first is to highlight a number of legendary conservationists who once paddled the park after its inception, people such as Oberholtzer, Leopold, Marshall, Olson, Morse, Mason and Walshe. The second is to interview a number of present day users, as well as park employees and volunteers, to ask them the ultimate question - does wilderness still exist in Quetico in the way the past conservationists once viewed it. And the third is to make the first and second points of interest entertaining and humorous enough to catch the interests of viewers (especially young viewers).

I guarantee the film does all three - and then some.

In 2006, while working on the pilot, we traveled the northern section of the park, concentrating on Pickerel, Sturgeon, Russell, Chatterton and Fern Lake area. In 2008, the route was even more extensive, covering a good majority of the lakes between Basswood to the south and Beaverhouse to the northwest, and then central lakes such as Sarah and Keefer.

Along the way an assortment of paddlers were interviewed, including a naturalists group from Michigan, a family of five from southern Ontario, a newlywed couple from Manitoba, anglers from Wisconsin, seniors from Florida, a youth group from New York, and junior rangers from northern Ontario who had just completed a nineteen-day canoe/maintenance trip.

Kevin Callan is the author of 11 books including "The Happy Camper: An Essential Guide to Life Outdoors" and "Wilderness Pleasures." A regular keynote speaker at major North American canoeing and camping expos for over 20 years, he has received three National Magazine Awards and four film awards, including top award at the prestigious Waterwalker Film Festival. Callan lives in Peterborough, Ontario, birthplace of the modern-day canoe. 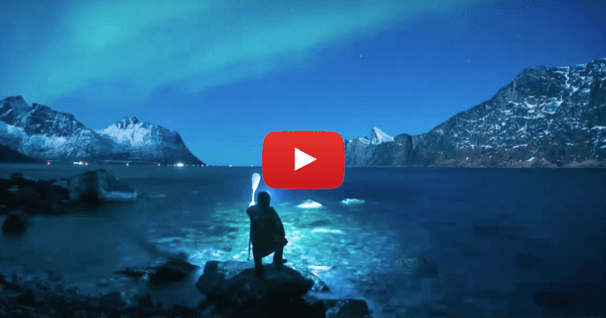 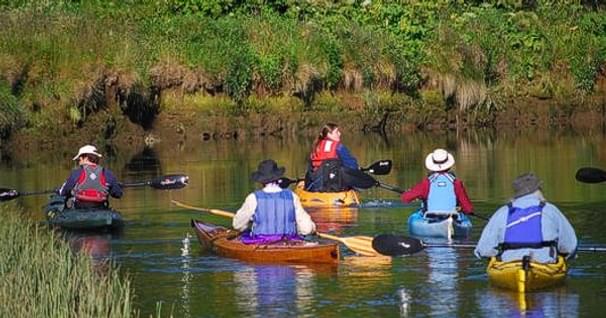 I once asked the late Verlen Kruger what he valued most on a wilderness canoe trip. "My comfort!" he…