Tom Watson reviews some of the changes that are in store for defining “Life Jackets” and “PFDs”? It’s called “harmonization” and it’ll make choosing the right buoyancy device much easier.

☐True ☐ False: PFDs may be a thing of the past!

Both statements are actually true, yet seem to contradict each other. Not so, not if you are up to the latest developments in “Personal Flotation Devices” vs. “Life Jackets”. There is a process going on right now between U.S. and Canadian regulatory agencies that is looking at upgrading,  standardizing and otherwise enhancing the whose process of developing and certifying life jackets on an international scale.

It’s called “Harmonization” and is currently being undertaken by agencies who regulate and promote the use of life jackets and personal flotation devices in their respective waters - waters that up until this effort had different standards and requirements for the types of safety gear by which paddlers and other boaters had to abide. Here in the states that lead is being taken by the United States Coast Guard, the head regulatory agency for LJ/PFDs.

The ultimate goal is to standardize safety gear, make it as safe as possible and provide the consumer with useful and understandable information about that gear so they can make a responsible decision in their choice of life jacket or PFD.

Let’s do a little background refreshing on just what all the terms mean, what descriptions we are referring to and other common tidbits associated with the terms "Life Jacket" and "PFD/personal flotation device."

First, both types work on the principle of buoyancy - they help keep you afloat. Buoyancy is the tendency of a body to sink or float in water. As Archimedes explained it, any complete or partially submerged body submerged in a fluid is buoyed up by a force that is equal to the weight of the fluid dispersed by that body.

The average person requires between 7-12 pounds of buoyancy to keep afloat with their head out of the water. LJ/PFDs provide that additional “lift” in varying amounts based in part upon design and anticipated environments.

Because of this - emphasis on a healthy physique notwithstanding -  fatter people are more buoyant than those who are slimmer. Your clothing, lung size and conditions of the water also factor into the degree of buoyancy in any given situation.

Buoyancy devices are either “life jackets” - those familiar vests that come in a few different configurations but all share one common capability - they are designed (in most all cases) to turn a face-down wearer over, even when unconscious, so the victim’s head is out of the water. Unless what you are wearing for buoyancy support is capable of doing this specifically, it’s not a life jacket, it’s a Personal Flotation Device. As such it’s only required to assist a person in staying afloat - a swimming aid if you will.

As such, PFDs are classified as either throwable or wearable flotation gear. In the U.S. we tend to interchange terms when referring to all 5 types of devices we can use. Of the 5 types of Life Jacket/PFDs marketed in the U.S., only Type I, and possibly a few classified as Type II will do this. The other three types, including Type IIIs favored by most water sports enthusiasts, will NOT turn you face up if unconscious!

In Canada, for comparison and as a lead-in to further explain what harmonization is all about, only buoyancy devices that turn the wearer face-up with head out of the water are termed and referred to as “life jackets”. All other devices are considered PFDs. Such designated devices are typically a key-hole design and come in only two sizes: one for those over 90 pounds and one for those under. They also are limited to the colors orange, yellow or red and must have a whistle attached. Those classified as a “flotation” device offer less buoyancy, limited or no self-righting capabilities and can be offered in a variety of colors.

In that regard, in the US, buoyant seat cushions are classified as Type IV (throwable) PFDs. In Canada, however, they are NOT approved as a classified/authorized buoyancy device (U.S. boaters take note if you plan to include your seat cushions as part of your required boat’s safety gear when paddling/boating in the BWCA and other border waters).

These are just a few of the surface differences and interpretations - yet are all the result of years of research, inspections, approvals, trials, legislation and other necessary and regulatory interferences - that the USCG and its counterpart regulatory agency, Transport Canada, are dealing with in order to “harmonize” standards for buoyancy devices throughout North America, and possibly more in line with standards used throughout most of Europe.

“The life jacket you see out on the streets today are the same ones you saw a few years ago,” says Chris Edmonston, President of USBOAT Foundation and a member of a USCG board developing these new standards. The hope, says Edmonston, is to establish common standards with all key countries because the current regulations are counter productive.

“Europeans have very good grasp on performance; on how it’s supposed to act in the water based upon your activity,” he says. “In the US it’s based more upon the science behind the design…and how they work in pools [or in created, controlled environments].” Edmonston says that the US and Canada are more closely aligned with each other than with Europe, so the current effort is to harmonize here first then work on European compatibility. 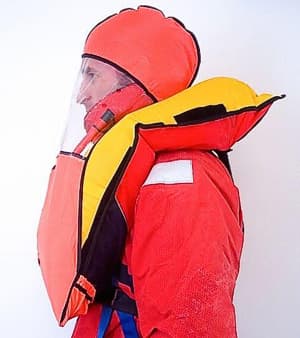 Europe’s standards are based upon the Newton scale as the unit for buoyancy ratings. Ten “Newtons” equal 1 kilogram of flotation, or 2.2 pounds (0.22 pounds per Newton). Their system designates four devices, one PFD rated at 50 Newtons and classified as a “buoyancy aid” for use by swimmers in protected waters. The three actual “life jackets” are rated at 100, 150 and 275 Newtons respectively, and are designed for progressively more violent and life-threatening conditions as one uses them further out to sea. While the 100-rated may, and 150-rated should turn the wearer’s face up and out of the water, only the 275 is specifically rated to “require no subsequent action “ to keep the wearer’s nose and mouth clear of the surface of the water.

Other life-protecting components available on higher rated European life jackets include a protective spray hood for the face, retrieval leases or grab loops, reflective panels and accessory pockets for flares and signaling devices. Many of these are incorporated into the standard features of these European life jackets.

Up to now, development in PFDs and Life Jackets in both Canada and the US have faced several hurdles: different standards across their markets; unique labeling and point-of-sale requirements for each country; varied approval requirements by national regulators. To further slow and muddle this standardization are the processes by which these standards themselves have been developed.

Some aspects of these disjointed efforts have been resolved and while some duplication of efforts and separate processing are still part of the system, progress is being made. Standards in labeling for products sold in both countries now allow for a common label on both US and Canadian PFD/LJ devices.

The label’s format and style - what is presented and how it’s present - has been designed to better express the specifics of the device in terms and symbols the consumer can better understand.

Replacing much of the former wording with understandable icons, the new label design and layout consists of three panels, each providing the following information:

Selection/Warning - information on size, performance information, intended use and other warnings; 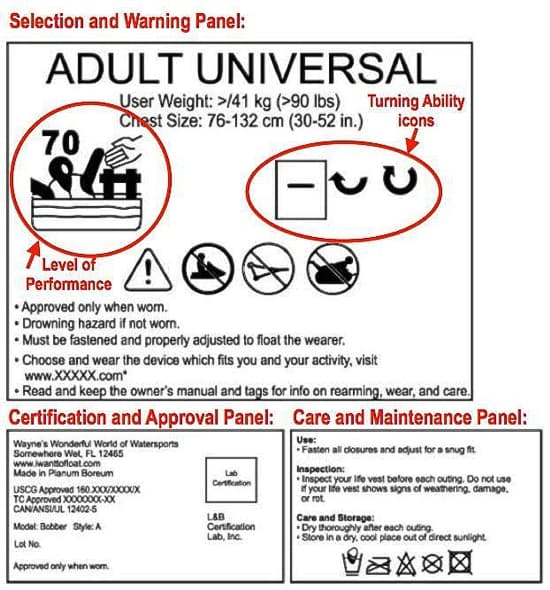 One major change with this new standardization process will be evident from the Selection/Warning panel information. No longer will the TYPE classifications be used to distinguish these devices. Instead, performance levels based on those used in Europe will be expressed in new icons on the label. Using a level rating system, a life jacket might be designated as a Level 70 performance device. That refers to 70 Newtons which would provide slightly over 15 pounds of buoyancy. The higher the level, the more buoyancy! The icon representing this level of usage also depicts the wearer in relationship to a dock structure, indicating a close-to-shore/protected water/swimming environment.

Another important icon will inform the user of the turning ability of that particular life jacket. One of three symbols will be highlighted, indicating whether the device has the ability to turn over the wearer or not, and if so, to what degree.

Refining the current “Think Safe Pamphlet” is also being updated into a more refined mechanism for display on devices at the retail level. Often criticized for having too many pages and seldom read by consumers, its information will now be presented on a simple, two-sided placard. Considered the “decoder ring” for all the changes in life jackets, the placard will be brightly colored and provide much of the same information as listed on the actual label. Consumers will be able to better compare life jackets and have quick reference to their use/activity levels and water environment for their anticipated and intended usage. 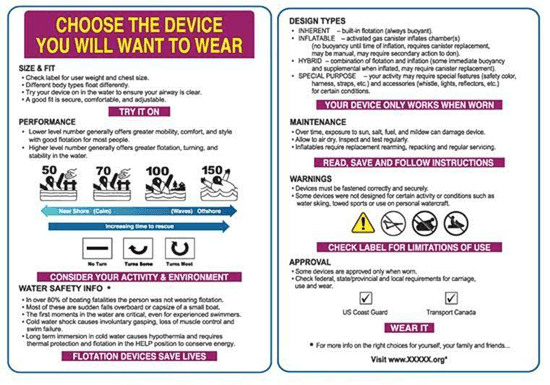 Taken together, the type and format of information to be presented will inform the user of the conditions in which a particular life jacket should be used based on calm, inner waters vs. outer, rougher conditions, therefore considering all the factors such as the time it may take to rescue the wearer. The new label will better express which performance level device should be purchased.

Other information on the new label includes information relating to water safety facts, inherent buoyancy and maintenance issues. It is being recommended that all the other information that had been provide by the “Think Safe Pamphlet” will now be included in the manufacturer’s user manual or on consumer education websites. “I don’t think the 16-page booklet will ever go away,” says Edmonston, “though it is due for a heavy redesign as well.”

This is just a broad overview of a process that has a long way to go before regulations are all standardized and bureaucratic wrinkles are ironed out. Still it’s a process, with the ultimate goal of increasing the wear rates and saving more lives! 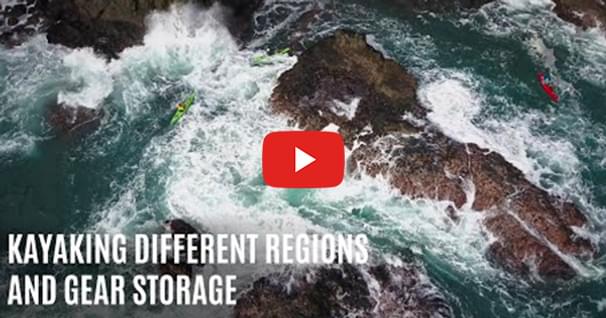 This video is a follow up on the discussion of things that always live in our kayaks. First, I want to… 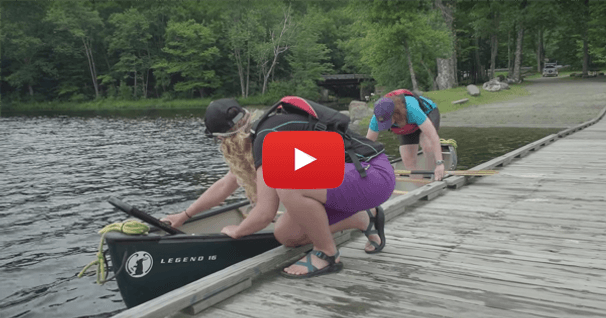 Canoes are surprisingly stable once you're settled into them, but getting in and out is a different… 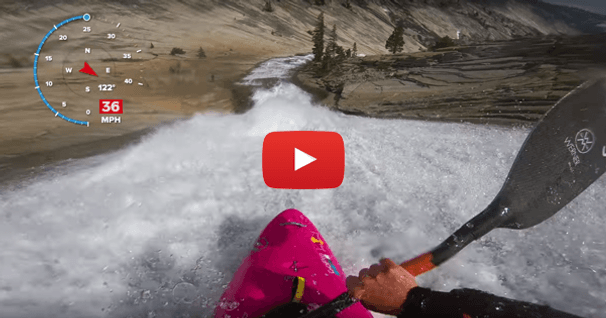 Watch Dane Jackson hit over 36mph in his kayak on Tenaya Creek in Yosemite, CA in this crazy kayaking…