Watch and hear the story of how Raf Vargas caught a 170lb dogfish tuna. After hooking it at a depth of 750ft and an hour and a half fight, Raf landed the beast. Check out the video!

"I started the day by hitting the water roughly 15 minutes prior sunrise. I setup my trolling rods while I pedaled my Hobie Pro Angler 14 to the most outer point of a peninsula called Orote, on the island of Guam. This area holds great fish but it is about 4.5 miles from the launching point. After reaching that area, I decided to do some vertical and slow pitch jigging for a few hours.I targeted depths of up to 1000 feet. I knew my time was limited because the winds from the east were already picking up making the return quite a workout. At about 10 AM, I decided to head back and try some areas a bit closer to the launching site. Roughly about 2 miles from the beach, there is a spot that I wanted to work before calling it a day. At around noon, I did my first drop between 650-750 feet. I had an immediate strike but i came off so I dropped my 500 gram jig again. Once I hit the bottom, I started to do what is called slow pitch jigging. Boom! Had a strike but this fish was different. This fish fought for about 1 hour 50 minutes and tested all of my abilities as a kayak angler. The water started to get choppy and the winds started gusting at 20+ miles per hours. I was at the mercy of this unknown beast and unable to reach my Gatorade or water. Completely exhausted, I continued to fight it in hopes that it wasn't a big tiger shark. Finally, colors were visible through the crystal clear waters of the Pacific blue. At first, I thought it was a gigantic wahoo based on the elongated silhouette. The fish slowly surfaced with his belly full of air due to the depth pressure changes. At the distance I was excited and confused because I knew this fish was about 6 feet and over 150 lbs. As I brought it closer, I quickly realized it was as a minimum my personal best dogtooth tuna.

It took me a while to get over the shock while figuring out how to land this fish on the kayak. Luckily I knew I could trust my Hobie Pro Angler 14 which is designed to handle up to 600 lbs. Although exhausted, the adrenaline helped me grab this fish by the gills and pull it on the kayak while barely have anything left to celebrate my own catch.

Thank you to the guys from Guam Sector Coast Guard for assisting me with getting closer to my launch site due to the inability to use my MirageDrive and pedal against extreme headwinds.

This fish has been submitted as an IGFA possible world record for the line used. More information to follow." 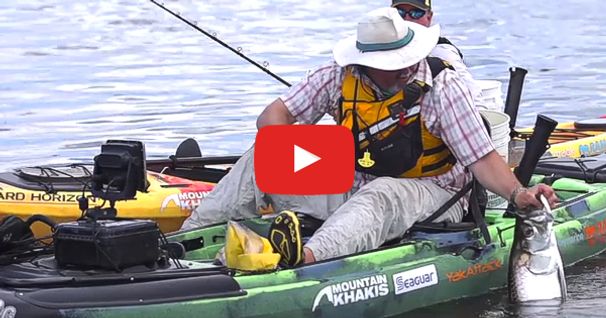 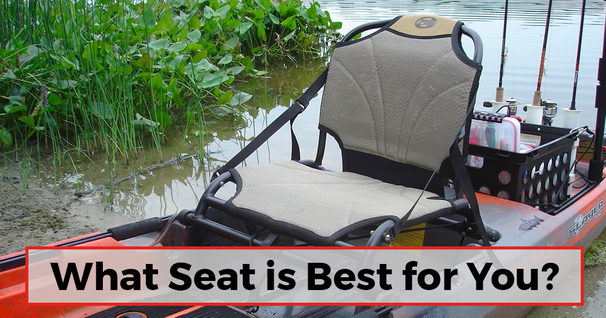 I often get ideas for these articles by watching fishing shows on TV. Once in a great while, there will…