If you're trying to decide on a kayak, there's two questions that you have to ask yourself: HOW and WHERE will you be using the kayak? Because the answers to those questions will help you answer the bigger question which is, "Do I go for a sit-on-top (SOT), or a sit-inside?"

Overall, sit-on-top kayaks like this Ocean Kayak Trident Prowler are more popular for fishing. Because they let you fish from a variety of positions, and they have a ton of great storage. Most importantly, though, a sit-on-top kayak is not going to swamp if you flip. You can just flip the boat upright, hop on, and you're good to go.

Now with that decided, you need to consider the kayak's length and width. In general, the longer and narrower a boat is, the faster it'll be. But, the wider a boat is, the more stable it will be. So ask yourself, do you plan on covering a lot of ground? Because if you do, you probably want to go with a kayak over 13 feet long. Like the Trident Prowler 13 or 15. If not, you may want to go for a kayak under 13 feet; if for no other reason, then because they're a lot easier to move around and to store.

Width is becoming less of a decision these days because most fishing kayaks are pretty wide and stable. If you'll be sitting and fishing, it's hard to go wrong with any fishing-specific kayak. If you plan on standing in your kayak, you're going to want to test a few out for stability, because some will definitely feel more stable than others.

One last thing you're going to have to decide is: do you want a kayak with a rudder?
Contrary to popular belief, rudders aren't there to turn a kayak, although they help. Their main purpose is to keep the kayak running straight when you're dealing with the wind. Some people live by them, while others, like myself, are happy to use them, but we don't really miss them if our kayak doesn't have one. So, I hope that helps you pick your next kayak out.

Until next time, I'm Ken Whiting, and that's your Ocean Kayak kayaking tip of the week. 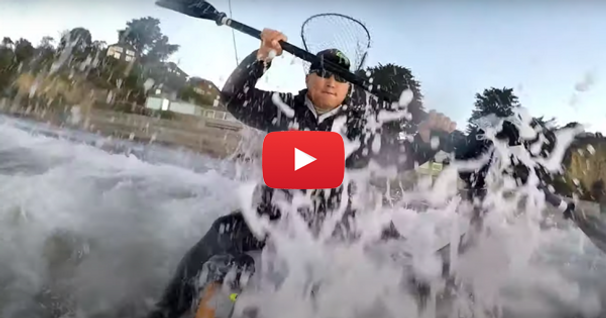 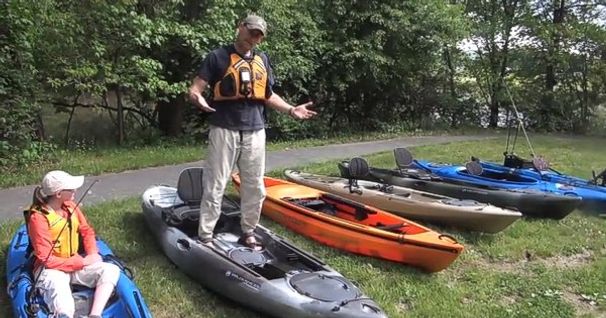