Folding Kayaks - Everything You Need to Know

Lots of choices to make but oftentimes people don't think about some other key questions: How are you going to get this thing around? How are you going to transport it? Where are you going to store it? What about traveling, do you want to travel with your kayak? And those questions can quickly lead people to a folding kayak because a folding kayak packs down into a golf bag sized bag and they can be stored very easily in apartments. If you don't have a garage you just don't have the space. But a folding kayak can be thrown into the back of a car or almost any vehicle. You don't need roof racks; you don't need a trailer or anything like that. And you can fly with them and take them on your vacation. So, for a lot of people folding kayaks make a whole lot of sense.

Are Folding Kayaks Worth It?

Now, are they worth it? They tend to be a little bit more expensive, not a lot more expensive. I should rephrase that: they start at a higher price point than other types of kayaks. But that being said, a kevlar or a carbon kevlar touring kayak is going to be as expensive or probably more expensive than a folding kayak so it's not out of reach. You're looking at probably around $2,500 to $3,000.

Now honestly, I used to think folding kayaks were kind of gimmicky. I really didn't give them a second thought but once I actually tried a TRAK kayak, I realized that you can get a folding kayak with almost the same performance as a fixed shell kayak. And in fact, there's even some benefits of the folding kayak beyond its transportability and the fact that it packs down so small. When I put together the TRAK kayak on the shoreline or wherever I am, invariably I get people walking up and watching and going, “Whoa that's cool, I’ve never seen that before. I’ve heard of kayaks that fold down but I didn't know how they worked.” So, what I’m going to do is I’m going to walk through how the assembly of a TRAK kayak works. Now this is the TRAK kayak, so this isn't how all folding kayaks work, just the TRAK kayak. But the TRAK kayak, in my opinion, is the leader in folding kayaks so it's a good one to start with. So, this is a bagged-up TRAK kayak. In here you've got a 16-foot touring kayak. That's pretty cool. It weighs probably about 50 pounds, plus or minus, so you can get it around pretty easy. The bag has wheels on it and that makes it easy to get around. So, what I'm going to do is I'm going to put it together and I'll stop along the way and show you the key points of assembling a kayak like this.

Before I get too much further, something you want to have in these kayaks is flotation. Unlike normal sea kayaks or touring kayaks which have bulkheads. Bulkheads are walls that go in front of your feet and there's a wall behind your seat. And those walls separate your kayak into three compartments that are accessed normally by hatches. A hatch in the front and then at least one hatch in the back. Now the benefit of those is that if I go for a swim, if I have to pull my skirt and I have to swim on the water, just this center compartment is going to flood. I've still got an airtight compartment up front and back so the kayak cannot sink. This is particularly important in rough water or when you're in open water when you're way out from shore. Without the bulkheads in this boat what you need is flotation bags.

I'm going to put a flotation bag within the frame up front and I'm going to put a flotation bag within the frame in the back. Now the joy of the flotation bags is that these double as dry bags. They've got this big opening so you can stuff it with your camp gear or whatever you need for multi-day trips. These are your dry bags for storage inside the boat as well as being float bags for safety's sake. Can't fit a ton of gear, so what you might also want to have is dry bags on the deck of the boat and that's why the bungees are there. You can put additional dry bags on there. So, before we get too far though I’m going to get these float bags in and get a little air in there. There we go. You don't need to pump it all the way up, you just need to get enough in there so that it gets in there easily and then you can pump it up. you blow it up with this hose. You don't have to do it now either, it can be done after the fact. There we go, that's one! I probably could have put this airbag within the frame before I shoved the frame forward. It would have made it a little bit easier but this will work too. There we go, just get it ahead of the feet and then you can fill it up.

Finalizing Assembly of a Folding Kayak

Now I'm putting the cockpit on. Now that I have the two pieces of frame in the skin, what I need to do is I need to push those pieces of frame out into the ends of the skin to tighten this whole thing down. And that's where the hydraulic jacks come into play. There are three hydraulic jacks that I'm going to put in here. There's three that are exactly the same and they're color coded so you know which end goes forward. The blue frame is up front, so the blue end goes up front. On the red frame, you can see, the red end goes into that so you don't have to figure out what end goes where. So, there's two hydraulic jacks on the side wall and then there's one on the key line on the very bottom center of the kayak. And once I put these in, I’m going to jack it up, extend these out, and it's just going to stretch the frames into the skin and give this this boat the structural integrity that it needs.

So now, to bring it all together. These side pieces clip in and go into the hole. Boom. Now the seat just slides into these side pieces, back band clips here and then the back band goes around the side pieces and clamps. Now all I need to do is attach the bungees and there you have it! It takes about 15-20 minutes to assemble. 10 minutes if you're fast and it's not sweltering hot outside. But in 15 minutes or so you've got yourself a 16-foot sea kayak from something the size of a golf bag.

Some Benefits of a Folding Kayak

It's pretty light. It's definitely lighter than a normal polyethylene kayak. Maybe not lighter than a carbon kayak but it's a great weight and easy to carry around. Now you can see how it's quite taut and it's amazing how much performance you actually get from this kayak because the skin can be tightened up so much due to the jacks. The jacking nature of the design, where you push those frames out into the skins, makes this thing quite high performance. I mean I've paddled it in all sorts of conditions. From big ocean surf in Jamaica- and I mean big waves. Waves that I was catching air off of. One while surfers are all around me to even run it through big white water. I've tested this thing in a variety of conditions, run over a lot of rocks and this skin is incredibly durable.

Now another cool feature about the TRAK kayak specifically, and this is actually what sold me on trying this in the first place, was because of the jack system in particular. Because of how you have a hydraulic jack on the bottom along the keel line, as you tighten up that bottom jack you push it out the hull. It can only stretch so far into the skin and has no choice but to start bending up as you pump it out more and more. Which means you actually control the rocker of the kayak. So just jacking it up I can really pull the bow and stern into the air and now I’ve got a maneuverable kayak. When it comes time like, “Okay now I need to make some distance, I need to paddle get where I’m going”, I can drop her down. Then I have a fast kayak.

A final thing worth mentioning is accessorizing. There are some accessories you can get for the TRAK kayak. One of them is actually a backpack frame for your main pack so you don't have to wheel it around everywhere. You can actually carry it on your back but they also have a variety of different float bags or dry bags. I should say, not float bags for the deck of your kayak, there's one that goes on the bow, a small one, and then there's this backpack 60-liter dry bag that's also designed to be used for storage on the back deck if you're doing multi-day trips. You’re probably going to need that extra space and so it's great for that. But the fact that it's a backpack also makes it multi-purpose. You don't have to just use it for sea kayaking. I love dry bag backpacks. I use it for hikes, I use it for canoeing trips and so many different things. The key point being that just because it's a folding kayak doesn't mean it can't do multi-day trips. So, it holds up very similar to a carbon kevlar boat or fiberglass boat. You want to treat it the same you don't want to drag it; you don't want to hit rocks just for fun. Like you would with a plastic or a polyethylene kayak- you can get away with all sorts of rocks smashing in those boats. But you take a folding kayak to be gentle with it, you know to be careful. But if you do hit something it can take it 99% of the time.

Breaking Down a Folding Kayak

Breaking it down takes a quarter of the time, but it is important that you follow the steps both when you put them together and take them down. If you follow the right steps, do it sequentially in the right order and it makes it go a lot smoother. But for traveling around I’ve really enjoyed having the option of not bringing a trailer everywhere I go especially when I’m going into the city. I’m a small-town guy, so driving in the city is enough of a challenge for me. Driving in the city with a trailer and a sixteen-foot kayak on the back or on the top of my car is an added challenge I don't need. So, I really welcome throwing it in the back of the car or back of the pickup and I can pull it out when I need it. 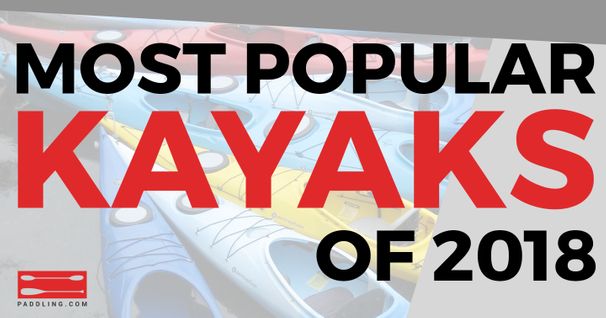 Most Popular Kayaks of 2018

The summer weather may be drawing to a close, but this year's paddling season is far from over! As we… 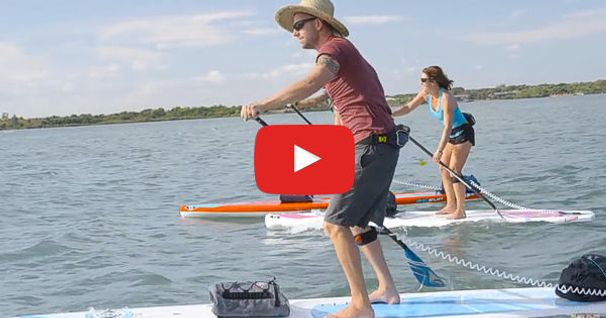