The Chestnut Canoe Company designed the Cronje to be a fast, reliable canoe for people who have a destination in mind. The design is rich in history and is a very able performer. Our reproduction of this venerable canoe retains both the paddling characteristics and the tradition of the original.

The Cronje is ideally suited to paddlers who want to challenge big, open water by covering distance with ease. Fast lines and excellent tracking make it a joy to use. Cargo capacity isn’t compromised for speed and the canoe handles well both with a load and empty. Its lower profile means less wind drag on the water and lower weight on the portage trail. The Cronje is most at home in landscapes with large open lakes like the famed Boundary Waters or Algonquin Park.

Read and submit reviews for the Cronje.

Read reviews for the Cronje by Nova Craft Canoe as submitted by your fellow paddlers. All of the reviews are created and written by paddlers like you, so be sure to submit your own review and be part of the community!

I bought a Cronje…

Submitted by: guest-paddler on 2/12/2012
I bought a Cronje (Kev/spectra - 56 lb) last spring and used it for a 10 day tandem trip in the BWCA. We weren't traveling particularly light, paddlers and gear weighed in at an estimated 525 lb. Which I think is about the max performance load.

The canoe performs as advertised. Great tripping canoe - it is surprisingly fast for a canoe that will turn when asked to. We tracked speed with a GPS and easily maintained a 4 to 5 mph cruising speed with an easy, all day paddle stroke. I would say that it's overall handling characteristics are superb in all sorts of water conditions. Not unexpectedly, it will take on some water when paddled loaded into big whitecaps with a heavy load.

The hull has more of a rounded arch then many canoes, which contributes to a more "lively" feel. Secondary stability is high, however. Beginning paddlers or those looking for a fishing platform may not find it to their liking as much as other choices. But for those of us who love to feel a canoe move and respond under us, like a good horse, it is a joy to paddle.

Cons: Only a couple to mention:
(1) The bow seat was positioned way far back. There was only 20 inch of space between the front edge of the portage yoke and the bow seat. So 2 packs would not fit in the front cargo bay. It also made the bow paddler's reach more then necessary. My solution was to move the bow seat a half seat width forward, still leaving ample room for kneeling comfort. By the way, I have compared the front seat placement in a Rx one in the show room and it's seat was placed a full seat width farther forward. Go figure?
(2) I was a bit annoyed that the canoe's stern tended to blow out with a sidewind. It wasn't so much as to be unmanageable, but it did cause some frustration. I tried shifting weight to the stern, which helped but didn't totally solve the problem. The packs behind the center thwart stood several inches above the gunwales which may have been the primary cause.

Overall it's a super canoe that is well suited from day paddling up to tripping with moderate loads. For expedition level tripping take a prospector - the SUV of canoes. I also have a Rx Prospector 17 so I'm familiar with both.

Submitted by: guest-paddler on 10/14/2010
This is an addendum to my previous review (10-12-2010).
I have since learned that my paddling partner did not have the same experience I did when in the stern. He suggested the boat might have been a little bow-heavy when I was steering, which would have made it more sensitive. He found it very easy to track as well as turn. So I'll upgrade my rating to a "9." I'm holding back on a "10" because I haven't paddled it in tough conditions yet.
4

Loaded, it was slow to accelerate, but after a few paddle strokes it moved along at a respectable pace. It was quite responsive to turning strokes, including sideslipping from a standstill and spinning on its center. It tracked OK, but was pretty sensitive to discrepancies between bow and stern inputs. Both initial and secondary stability were good; despite our efforts, it didn't want to get its gunwale closer than about 3 inches from the water.

We also put it through its paces unloaded, and the results were predictable: better acceleration and top speed, more responsiveness, and lower initial stability (but equally good secondary).

Both loaded and unloaded, the Cronje seemed to not notice the 10-15 mph wind we were in. So there was no need to adjust our trim. The bow station is narrow. The seat would have to be moved back a few inches to make kneeling comfortable, or for a sitting paddler to put his or her feet next to each other.

My assessment is that this is an excellent river tripping boat but not well-suited to open lakes. I give it an 8 for that reason. However, anyone looking for a responsive river tripper that will carry a ton and ignore the wind should bump this rating up 1 or 2 notches.

I got my Cronje this past…

Submitted by: canusacanoe on 11/6/2009
I got my Cronje this past spring and couldn't be happier. I'm totally pleased with the "blue steel" (kevlar/carbon composite) lay-up and the 54 lb. weight (slightly heavier than standard blue steel because the unique "paint job" required a double gell coat) is easy on my aging bones when portaging.

I've had it out to mountain lakes in the Canadian Rockies, and best of all, on a trip to Quetico Provincial Park in September to celebrate the 100th anniversary of QPP and Superior National Forest. This boat is fast, stable, easily maneuverable, and can carry more gear than you could possibly use. We paddled Pickerel Lake with confidence.

This boat is built to handle big water with ease. To top it off it is an incredibly beautiful boat. Its classic lines are definitely eye-catching. This is going to be "my ride" for as long as I can paddle! 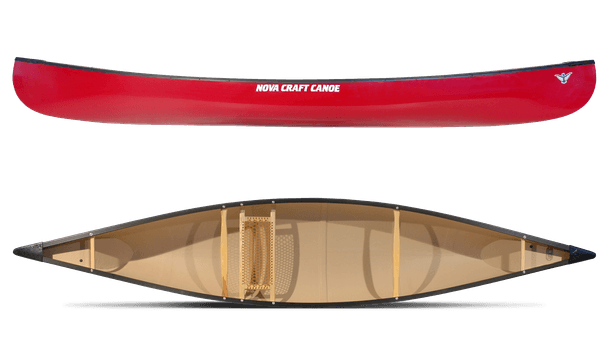 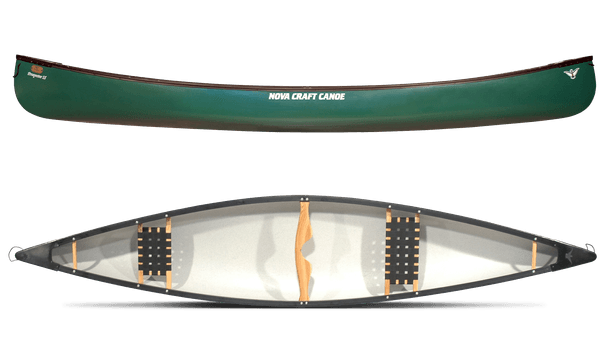 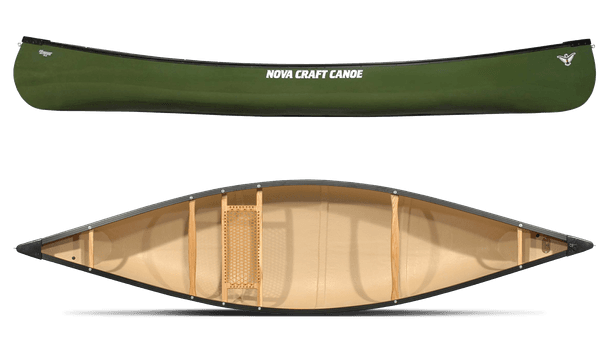 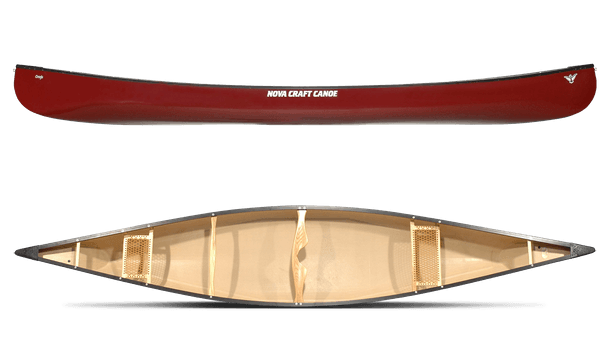