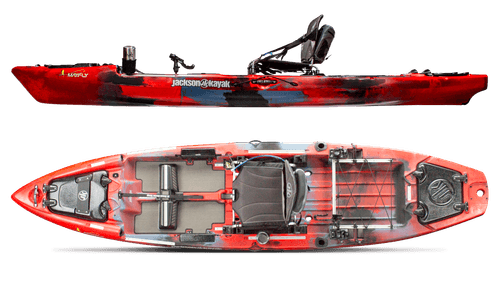 Read and submit reviews for the Mayfly.

Read reviews for the Mayfly by Jackson Kayak as submitted by your fellow paddlers. All of the reviews are created and written by paddlers like you, so be sure to submit your own review and be part of the community!

I have had my Jackson kayak…

Submitted by: paddler770128 on 5/3/2020
I have had my Jackson kayak mayfly for two full summer, coming onto the third now. This kayak is incredible. Extremely fishable, layout works perfectly for myself. I stand and fish with ease. Tracks decently and paddles easily. Open deck is perfect.
1

have had mayfly for one…

have had mayfly for one year. live on a lake fish all the time. yes it is stable and my dog sits behind the seat each trip. ok for standing and sitting and casting.. but it is very heavy and slow. a plank of wood wood do all the same things and not cost 2000 bucks.

Perfect kayak for fly fishing or any fishing! Tracks very well and is faster than expected. VERY STABLE love the ability to stand easily and wide non slip deck. Pockets and trays everywhere and great seat with Thermarest lumbar support! Built in and removalable drybag behind seat makes stowing less needed valuables easy. yak atak tracks everywhere although I would have less. Large stern hold and bow hatch with clever insert tray!! Somebody was really thinking when they designed this fishing machine. ONLY DOWNSIDE: Heavy. At 89 lbs. Most kayaks seem to be going in this direction but would appreciate about 12 lbs lighter!!! Can’t go wrong with this beauty

Purchased my Forest Color Mayfly a week ago and so far have it out twice flyfishing for bass on local lake. In a word: Stable. Much faster than i thought it would be and tracks extremely well even in crosswind, with seat at highest setting. Using a 250cm Manta Ray Carbon paddle, performance is very satisfactory. The seat( with lumbar support!) is out standing as are the fly rod specific rod holders. Standing and casting in yak is easy with the included "pull your ass up" strap! I am still getting used to standing, as I could NEVER do that in my Perception Pecador.

Some really nice features come with the boat: two flybox storage spots, three under seat storage pockets, including one small one between the legs for cell phones, etc, and under seat "drawer" for all sorts of quick need gadgets (pliers etc) , and of course the much talked about foot rest system ( which I LOVE). Jackson includes a rod RAM rod holder, Therma rest lumbar pad, large seat mounted dry bag, HUGE cup holder, an Orion (yeti-style) thermal mug, a plano box, even a durable orange "long load" flag! I added only an anchor trolley and clips for my stake out pole.

There are a few annoying things however: All the Yak Attack tracks have been placed in dedicated flush molded in grooves. They have "ramped" entry points" to slide in gear. Except for three of them! Those are "side mounts" where you must 'tilt' in the nut and wrestle them into position. Strange. had to call the factory to figure that out! Also that drawer I mentioned is not the smoothest. You can loosen two allen heads to free up the track, but the groove on mine was rough. A few strokes with a file and shot of silicone spray under the drawer should take care of that.

Lastly, I got a great deal on mine ( about $350 off) but it is EXPENSIVE, But I think this yak is THE ONE, if you are a flyfisher. 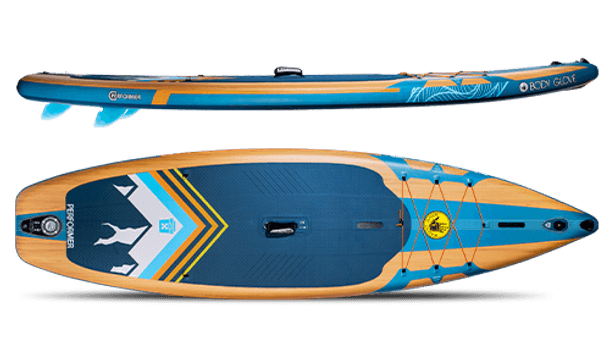