As an instructor I have been fascinated by the length of time it takes many kayakers to get from one side of their partner's boat to the other. Often I see kayakers paddle around to the other side if they need to get there. Watching kayakers swimming around their boats after a wet exit also seemed inefficient to me. Since minimizing exposure time is one of my basic goals with capsize recoveries, I tried to develop ways one could maneuver around a kayak more efficiently.

One of my better ideas came to me while horse playing with my staff. During a session of "let's flip Wayne over", I realized that once I got a hold of someone's kayak it was virtually impossible to capsize me, because of the incredible support the other kayak provided me. I also used that support to get around the boats without letting go of them. The near frictionless qualities of a kayak on water moving lengthwise presents incredible advantages. As a result, I developed a technique I have called "Walking a Kayak."

The concept is simple. Once you get a hold of a kayak you should never let it go unless it is time to do so. If you need to get around a kayak or reduce a paddler's immersion time here is a skill to add to your repertoire.

Whenever I approach a kayak I try to get to the bow first. However, whichever part of the kayak is nearest is the one I grab. Once I have the kayak, I can slide along the kayak to get to the area I need. 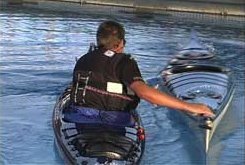 I put my paddle under the front deck bungee cords with the paddle to the outside, so it doesn't get caught between the two boats. Securing the paddle provides hands free operation to get around the kayak.

Your goal is to get around the kayak as quickly as possible and feel stable in the process. The key is to trust the support provided by the kayak you are holding. Do not hesitate to rest on it. 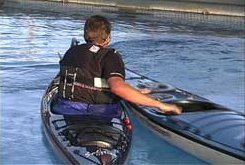 Sliding along the length of the kayak is the easier part of the skill. One strong pull and you can move from one end to the other in seconds.

This can also be used to help your partner get to the other side of their kayak when they are in the water. Instead of them swimming around the kayak you can pull the kayak out of the way and let them get to the opposite side and then slide the kayak back towards them.

In the event the paddler in the water loses contact with their kayak you can use the same sliding concept instead of having them swim back to the kayak. Slide the kayak to them and when they grab their boat pull them and the kayak back. 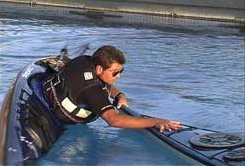 I recommend using a push pull action with the two hands you have on the support kayak. Keep your hands a few feet apart to get the leverage you need.

Be careful when pivoting around the stern when a rudder is present. Try resting on the kayak deck instead of grabbing the rudder.

Once around the kayak pull yourself along the length of the boat with the deck lines or any thing else you can grab. 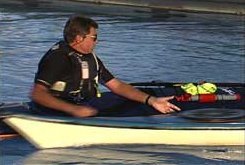 A great way to practice this skill is by having races with you friends. See who can do two complete circles around the kayak in the shortest period of time. You can also do this skill backwards.

Remember, your goal is to be able to quickly move around the kayak while supporting yourself. If the situation calls for fast movement, practicing this skill in advance will help you when you really need it. 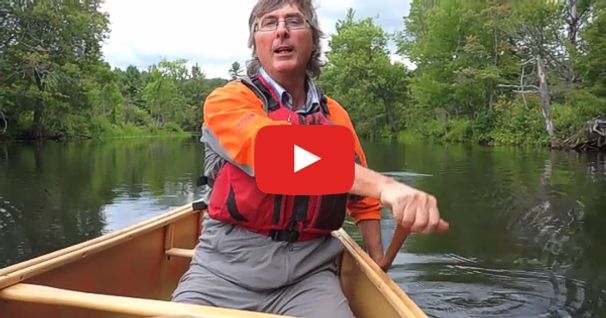 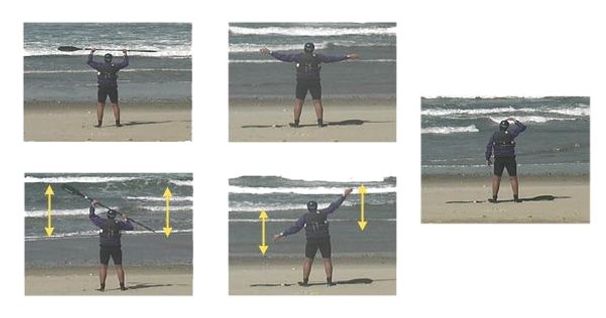 There are many different ways to communicate. One of the more reliable ways of doing so is with paddle… The three golden rules are a set of rules that when followed, will let you paddle the most efficiently,…