It's hard to escape the Jolly Voyageur. He's been a staple of paddling folklore since the nineteenth century. Take this well-known painting by Frances Hopkins, often titled "Voyageurs at Dawn."

It's a scene sure to evoke longing in any modern paddler. There they are, jolly voyageurs all, smoking their long clay pipes and relaxing around a breakfast fire, having just risen from their beds beneath the stars, refreshed and eager and looking forward to another day in the wilderness. Ah, Romance!

But things aren't always what they seem. It's reality-check time. The painting's familiar title is misleading. The voyageurs didn't breakfast at dawn. They paddled, instead, hoping to make as many miles as possible before the wind rose. They didn't eat until they'd been on the water for five hours. Even then, they didn't linger around the fire. Another twelve hours of hard traveling lay ahead of them before they could make camp again. And the following day would be no less rigorous.

In truth, the jolly voyageurs lived lives of drudgery and danger. They worked at least eighteen hours out of twenty-four, and the work was hard — paddling into the teeth of icy gales and slashing sleet, wading frigid waters, and hauling enormous loads over portages that alternated between sharp stones and deep mud, where clouds of biting flies threatened to bleed them white. Not even sleep brought respite. Their only shelter from the chilling autumn mists was a tarp or the upturned hull of a canoe; their only bedding, a couple of tattered blankets.

The one break in the voyageurs' day came during the hourly "pipes," when they stopped paddling just long enough for a quick smoke. This wasn't exactly a healthy lifestyle, to be sure, but few voyageurs lived long enough to worry about cancer. They were expendable, after all. There was always another younger son of a Québec farmer to take the place of any man who died. And many did die. Clusters of simple wooden crosses once marked each portage between Lachine and Fort Chipewyan.

Portages. They were the real killers, outstripping even rapids and sudden storms. The voyageurs were small men: five foot five inches or so. It made economic sense. Small men ate less. That saved the Montréal partners money. Moreover, a light crew meant a bigger payload of furs. This made money for the partners, and making money was what the fur trade was all about. But each pound of baled fur still had to be humped over the many portages on the long road from Lake Athabasca to the St. Lawrence River. And time was money. The result? Human endurance was pushed to the limits. Every voyageur had to get six pièces from one end of each portage to the other. A pièce was a pack of furs weighing 90 pounds. Six pièces, six trips? No way! Any canoeist who's ever needed to get a big load across a portage will know the reason why. The first trip over a portage is a breeze because it's the first, and the last is bearable because it's the last. But the ones in the middle are pure hell.

The voyageurs were no different. So they piled it on, stacking pièce on pièce. No self-respecting man would carry less than two at once. Stronger men (and show-offs) took more. It wasn't easy. The fur packs had no shoulder straps, for one thing. So how did they manage?

The secret lay in something called…

It worked this way. The two tails of a long leather sling were lashed around the first pack, leaving a closed loop. This simple sling was the tumpline. The voyageur then grabbed the sling and heaved the pack up until it rested against his back, while the sling's bight settled high on his head. A second pack followed, balanced precariously on the first. Now all 180 pounds hung from the voyageur's head, supported by his formidable neck. He didn't waste any time. Pausing only long enough to grab the tumpline's tails just behind his ears with both hands, the voyageur scuttled off down the portage at a trot.

The tumpline is a textbook example of appropriate technology. It was cheap, and it could be made from materials drawn from the "closets of the woods." It could easily be adapted to loads of different sizes, too. And that wasn't all. What if the voyageur slipped on a moss-covered rock, or got mired in a bog? A toss of his head dropped the load, allowing him to rescue himself unencumbered. If you've every fallen hard while strapped into a modern frame pack, and then had to heave and claw your way back onto your feet like a strandedsea turtle, you're sure to appreciate this.

Somehow, though, the tumpline's many virtues were forgotten in the twentieth century. No, that's not quite true. A few folks kept the art of tumping alive, and in some of the least likely places. After a bad back made it too painful for him to shoulder an alpine rucksack, Yvon Chouinard — climber, entrepreneur, and technical innovator — brought the tumpline to the snow, ice, and rock of the high country. He even offered one for sale in his equipment catalog for a time.

You needn't be afflicted with a bad back to benefit from a tumpline, of course. You just need to move a heavy load over a difficult portage. You'll soon see the advantages. There are no straps to gall your shoulders, cut off the circulation to your hands, or restrict your breathing. No hipbelt to chafe. No frame to snag every low-hanging branch. And though you probably don't need to haul 180-pound loads very often, an overstuffed pack can weigh more than you want to believe. After all, some canoe packs top 9000 cubic inches. Ouch! That's a lot of stuff. There are just two ways to take the weight off your shoulders. Go light (or at least go lighter). Or get a tumpline.

Unfortunately, I haven't seen a tumpline in a climbing catalog in a while, but a few canoe outfitters still oblige the faithful. They usually opt for the middle ground, however, marketing packs with both "tumplines" and shoulder straps. Why the quotes? Because these sewn-on "tumplines" really aren't tumplines. They're more like headbands. The attachment points are too high for maximum efficiency, and the packs lack the flexibility that was the hallmark of the real thing. Need to get a cast-iron stove across a portage? A keg of brandy? A puncheon of rum? How about a steamer trunk? A tumpline could do it all. Still, few of us haul steamer trunks into the backcountry these days. And the modern "tumplines" are a pretty good second-best. In fact, they're a fine way to ease into tumping. Think of them as trainer wheels.

Of course, it's not as easy as it looks in pictures. Almost nothing is. So here's a…

First, though, a few cautionary words.

If you have back or neck trouble or any form of arthritis, or if you've ever had back or neck surgery,talk to your doctor before you try tumping even a light load. Your spine is too important to risk. You don't want to get it in the neck on the trail, do you? And notwithstanding Yvon Chouinard's experience, tumplines make some back problems worse. Frame packs and packframes are popular for a reason.

Got you doc's OK? Good. If you can beg or borrow a pack with both shoulder straps and a headband, put a light load in it — ten pounds is plenty — and then wriggle into the straps as you usually do. Now hump the pack up and slip the headband on, letting it rest where your crown meets your forehead. Need an anatomic marker? Aim for a point just forward of the coronal suture. The leading edge of the headband will then lie right on your hairline. But what if you don't happen to have a study skull handy for reference, or if, like Farwell, you've forgotten where your hairline was? No problem. Your target is the place where you strike your head in exasperation when things are going wrong. You'll probably have to adjust the length of the headband's straps so that some, but not all, of the weight is borne by your neck. And if you want, grasp the straps on either side of your head, just behind your ears, and pull down gently. This helps keep control of the load and eases the strain on your neck.

It's time to go for a walk around the neighborhood. You'll get a few puzzled stares, but if you smile and wave most folks will probably decide you're harmless. Later, when you're starting to get the feel of tumping, add a few more pounds to your load. Then slacken the shoulder straps a bit, so that more of the weight is borne by your neck muscles. Next, take longer walks. Don't hurry things. Increase your load and distance by easy stages — a few pounds and few minutes at a time. Voyageurs are made, not born.

When the time comes to put the load down, just reverse the tape. Shrug your shoulders and arch your neck. The headband should slide off to the rear. If not, boost the load up a little and try again. Then take the pack off in the usual way. If you've already dispensed with the shoulder straps completely, simply grab the tails of the tumpline firmly with both hands, just behind your ears. Now hunch your shoulders, arch your neck until the headband slips off, and drop the pack to one side — gently. This is easy with a ten-pound load, but mighty hard with one that tops a hundredweight. Practice makes perfect. Start light and work up. Soon you'll be able to drop your load in less time than it takes to draw a breath. That's a good thing to remember when you cross a bog. Remember, too, to keep the headband high — well above your forehead. You don't want it sliding down over your face if you slip, and you certainly don't want to be garrotted by your pack.

Whether or not you choose to keep your arms in the pack straps, you'll know you're ready for the trail when you can carry more than your average portage load around the block and up a flight or three of stairs in comparative comfort. You may even decide to emulate the voyageurs and stack a smaller duffle on top of your main pack. This duffle is known as a "baby" in some paddling circles. Don't let baby fall.

The voyageurs were experts at doing the impossible. We modern paddlers may not want to carry 90-pound bales of pressed fur across a height of land, but we'd be foolish not to adapt our predecessors' tricks of the trade to meet our own more modest needs. The tumpline is a time-tested way to tame a killing load. So the next time you face a long walk with a heavy pack, use your head instead of your back. You'll be glad you did. And if you don't happen to have a tumpline in your closet? Don't worry. They're not hard to make. But that's a topic for another time. 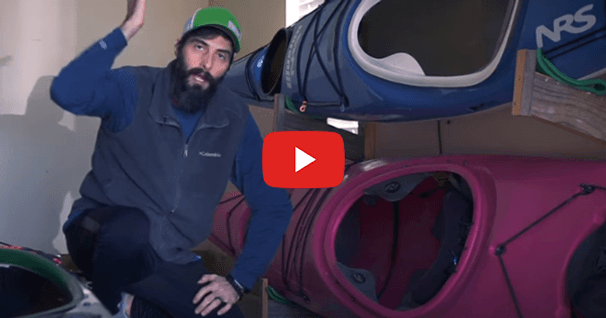 This is a question that comes up often and since I was re-doing my own setup, I figured it might be a… 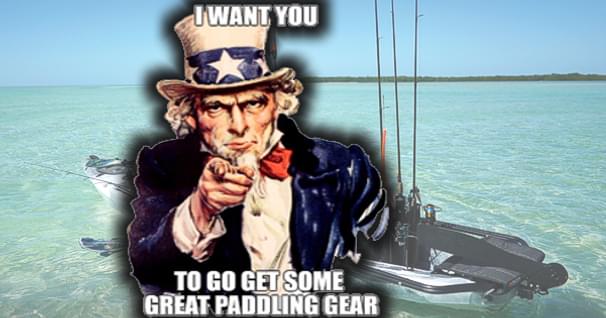 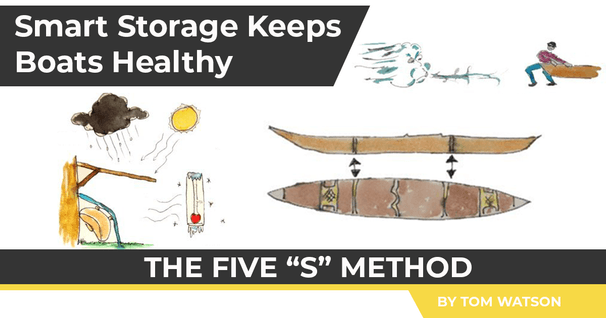 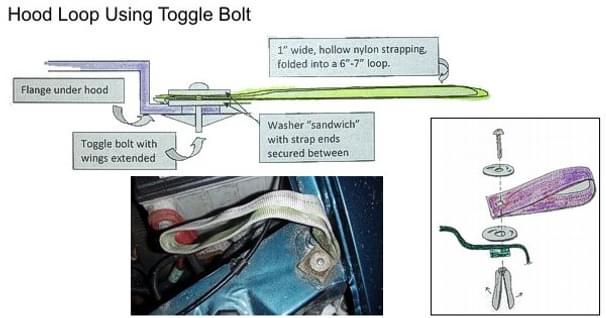