Let me begin by saying I am a big fan of "do it yourself." I enjoy exploring, problem solving and working out logistics. I also have an opposing self that doesn’t like re-inventing the wheel. I have come to terms with these two parts of my personality. I usually end up checking out what is already available and add to it or redo it if I think there is a better way.

What does this have to do with kayaking and touring? I know a number of kayakers who refuse to pay for commercial tours because they think they can do it less expensively themselves. While I agree with the sentiment (my do it yourself side) I need to relate a personal experience which changed my opinion.

In the late 1980’s I decided to sign up for a commercial kayak tour because I wanted to paddle near Orcas (killer whales). I had been reading about Robson Bite (Canada) and how Orcas would go up on the shore and rub themselves and I wanted to watch this if I could. I was a kayaking instructor and guide at the time and I really didn’t want to pay someone else to be teaching me about kayaking and leading me around. The explorer in me doesn’t like to have restrictions when I am out paddling in new areas. However, my vacation time was limited and I figured it would be most time effective if I had a guide that ran tours in that area so I could learn the ins and outs of the region in spite of some anticipated restrictions. Being on the tour also meant I didn’t have to transport most of my kayaking equipment. I mainly had to bring some of my camping gear and appropriate clothing.

The going rate for a commercial tour in that area at that time was about $100-$150 a day. I think it was a five-day tour and it cost me about $700. I drove to Canada because I was doing other sightseeing so I could have brought all of my own equipment. I figured I could have done the same trip for about $40 which would cover the price of my food for five days and a little bit of gas for my stove. Therefore I would be paying $660 for someone else to show me the sights. I admit that it was a very difficult decision to make but I really wanted to see the Orcas and I assumed having guides with "local knowledge" was worth the investment.

As I look back on that tour I have to say that my $660 investment was worth every penny. In fact, I feel like the payback was two or three times the cost. I learned a lot on that trip. If I had to learn that info on my own it would have taken me three to five trips to the area. There were also contacts that I made on the islands in the area that I probably would never have made. There were some private areas we were granted access too because the guides were friends with the owners.

There were some restrictions being part of the group but it wasn’t anymore than I would ask of a group I was leading. The pace was slower than I liked but groups need to stay together especially if they are novices. However, those were the only two down sides I could remember.

On the positive side I can say the food was great compared to what I usually bring for myself. With ten people on the trip I only had to do clean up one of the days. I didn’t have to plan the meals, buy and prep the food. All the necessary kayaking equipment was brought along and I only needed my personal stuff. We paddled in the areas that were better for whale sightings (yes, I did see whales.) I learned hours of local history and visited abandoned Indian villages. I was shown artifacts and petroglyphs in out of the way places. I even got a chance to see a cedar burial box. I got the scoop on reliable water sources and camping areas that were out of the mainstream. Our guide even picked up some fresh salmon from one of the local fisherman as we paddled by his boat. My five days was jammed packed with information and experiences. The other great benefit was the interesting people I met during the trip. As for the guides, we became friends and I visited them on subsequent trips to the area.

Since that trip I have revisited the area about ten times. I felt like I had a great base of information and local knowledge when I returned to do my own kayaking. As I said earlier, even though I enjoy exploring I also don’t like re-inventing the wheel. In the case of taking this trip for the first time with a commercial outfitter, it was absolutely worth it. If you have limited time and you want to learn about an area I would recommend investing the money to "take a tour". 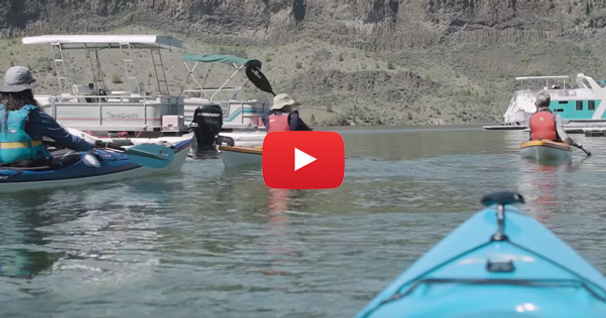 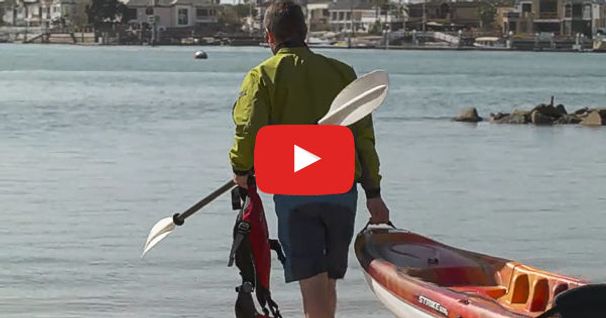 We all want to get out there and start having fun. But a little bit of trip planning can really help…

I'm so excited. It's that special time of the year now where my regular canoe mates gather on a regular…