Surfski Paddler Risks All To Save Kayaker From Freezing Lake

Five lessons from a dramatic close call caught on video

Anyone who has helped a fellow paddler recover from a swim in deep water knows how difficult it can be, whether the craft you’re working from is a canoe, a sea kayak or whitewater boat. Now imagine handling such a rescue alone, with a victim who is hypothermic – and you’re on a surfski.

Surfskis are some of the tippiest paddlecraft made—carbon-fiber needles that, in skilled hands, can fly downwind and surf ocean swells. But in unskilled hands? That usually ends in a swim.

Sally Wallick falls squarely into the skilled category. She’s an experienced racer well aware of the hazards of cold water and changing weather conditions. Wallick was out for a training paddle on Okanagan Lake B.C. in late April 2021 when the balmy spring day turned blustery. On her way back to the put-in she spotted something unusual farther offshore.

Coming closer, she realized it was a man clinging to a half-sunken kayak. What happened next was captured on Wallick’s chest-mounted video camera, and has been viewed more than 13,000 times on YouTube.

As Wallick paddled toward the man, she could see right away that his lips were turning blue, and his eyelids appeared heavy. Both are classic signs of hypothermia. Wallick is a middle school teacher. She knows how to use her voice and demeanor to take charge of a situation.

“In a little bit of trouble?” she called out as she approached. “How long have you been out here for?”

It took the swimmer a beat to respond, and when he did his words were slurred.

“Quite a while,” he said finally. The answer wasn’t specific, but it told Sally what she needed to know. There was no time to lose.

The water was 52 degress, and the man was wearing only a rash guard and shorts. Wallick later estimated he had been in the water for about 45 minutes. Fortunately, he was wearing his life jacket, and had a phone in a waterproof case. Wallick used it to call for help on shore, then took control.

“Grab onto my boat,” she says in the video. “We’re just going to leave your kayak.”

“Yes we will,” she answers, now in full schoolteacher mode. “Right now we need to get you to shore.”

Her voice projected confidence, but she knew how desperate the situation had become. “I tried to keep it light, but inside I was like, ‘Oh no, this guy needs help right away,' she said later.

Wallick was alone, trying to help a man with unmistakable signs of cold incapacitation. The go-to recovery technique for a swamped kayak in deep water is the T-rescue, in which the rescuer drags the victim’s kayak across her own, drains the water, and then helps the swimmer climb back into his kayak.

The maneuver takes knowledge and active participation from the swimmer, and it’s designed to work with kayaks that have flooded cockpits, with watertight compartments in the bow and stern protected by bulkheads. But the man’s kayak didn’t have bulkheads, meaning the entire boat was full of water. Under those circumstances, pulling off a successful T-rescue would be almost impossible, says Kenny Howell, a sea kayak instructor and surfski racer who helped write the American Canoe Association’s surfski safety protocols.

Wallick initially told the man to climb onto the back of her surfski – “This boat is really tippy,” she warned nervously – then reconsidered, telling him instead to grab hold of the her surfski’s bow. Good call, says Howell, because a back deck carry would probably be too unstable, especially with a hypothermic victim. “It’s easier just to push the swimmer in front of you,” he says. “You can't go very fast, but you can see them.”

Wallick told the man to hold tight to the bow of her surfski, then paddled for shore with everything she had, talking as she went. “Good job . . . Keep going,” she said, “remember to breathe.” Wallick’s own breathing was labored as she struggled to keep her ski upright and pointed toward shore. “You’re doing great . . . Can you keep your eyes open for me?”

Watching the man’s eyelids droop, Wallick thought he was about to let go. It was time for a change of plan.

“We’re going to try something new,” she said, slipping into the water. She told the man to drape his body over her surfski, a position that would get a portion of his torso out of the water and increase his chances of holding on—but also required her to be in the water with him.

With both of them now in the water the clock was counting down, but fortunately Wallick was able to flag down a nearby pontoon boat. Good Samaritans on the motorboat pulled the man aboard and transported him to shore.

Wallick remounted her surfski and paddled back to land, not knowing whether the man had survived. She later learned that he made a full recovery, thanks to her heroic efforts and no small share of luck. “I’m just grateful that it all worked out," Wallick said. "I do kind of think about what would have happened maybe if the pontoon boat didn’t come."

Many comments left on the YouTube video question her decision to leave the man’s kayak. They note that by entering the water she was playing fast and loose with the cardinal rule of rescue – not to become a victim herself.

“That’s what they train professionals not to do, and they still do it sometimes,” Howell says. “It’s not for us to say whether that was the wrong decision, but what can we do? We can talk about it and learn from it.”

Here then are five takeaways from Sally Wallick’s dramatic rescue of a kayaker from Lake Okanagan.

Cold Kills. As the video makes clear, immersion in cold water can quickly degrade a person’s cognitive abilities and motor skills. Your body loses heat much faster when immersed in cold water than it does when dry. The water in Okanagan Lake was about 52 degrees Fahrenheit that day. According to U.S. Coast Guard research, a person immersed in 50 to 60 degree water without protective clothing can lose consciousness in as little as one hour.

Dress For Water Temperature, Not Air Temperature. The high temperature in Kelowna B.C. touched 71 degrees the day of the rescue, April 30, 2021. Such balmy spring weather brings people outside in droves, and they’re understandably eager to soak in the sun after a long winter. But while air temperatures were enjoying a spring fling, water temps were still close to winter lows—about 52 degrees in Lake Okanagan that day. The man Wallick rescued was wearing only shorts and a rash guard. A simple neoprene wetsuit top would have increased his survival window considerably, while a full wetsuit or drysuit would likely have turned his near-death experience into a mere inconvenience.

Don’t Paddle Alone. Because the man was alone when he capsized, no one was there to assist or call for help when he first got in trouble. As a result, he waited in the frigid water for about 40 minutes before Wallick spotted him—and that was only by happenstance. And because Wallick was paddling alone, her ability to help was limited. If she had been with one or more other paddlers, the options for a successful rescue would have improved substantially and the risk she took to help would have been far less.

Practice, Practice, Practice. There are a variety of techniques to recover from a capsize in deep water, such as the T-Rescue and paddle float self-rescue. They’re not particularly difficult, but they require some practice (and equipment, such as the paddle float and a handheld bilge pump). If you’re familiar with these techniques, get out there and practice them. If you’re not, consider taking a paddling safety course from the American Canoe Association (ACA), your local paddling shop or outfitter, or other reputable source.

Carry The Means To Call For Help. In coastal waters, the surest way to summon help is a handheld VHF marine radio tuned to Channel 16. If you make a distress call on Channel 16 everyone will hear it — including the Coast Guard and other boaters. A cell phone in a waterproof pouch or case is good for backup, and may be your best bet in inland urban waterways. If you’re going offshore, it's always a good idea to have a registered Personal Locator Beacon (PLB) with you. It's a satellite device that will call help anywhere in the world with the push of a button. They run about $300 but you're not going to care about that when you need it. 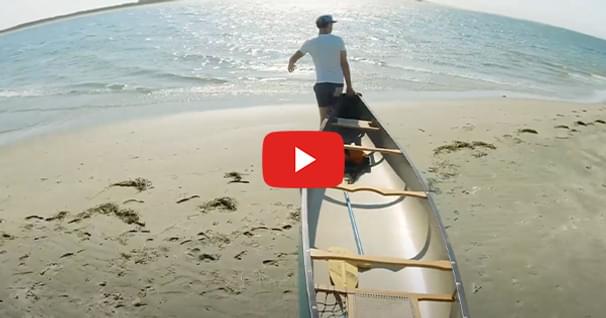 Stay SAFE on Your Next Kayak, SUP or Canoe Adventure!

Paddling is a fun and safe activity, especially if you pay attention to these common-sense rules --… 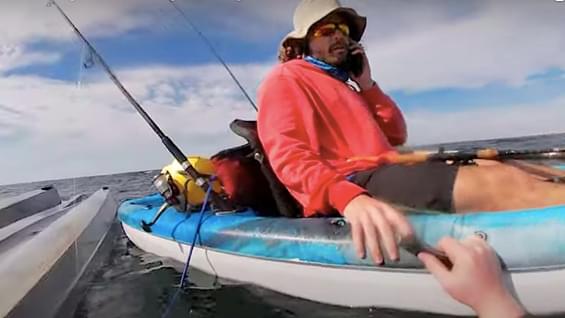 Who Do You Call When Your Kayak Sinks?

When Christian Nelson’s kayak turned turtle 3 miles offshore, a friend’s cell phone was his only way to…