I stood my ground when the moose initially started to charge; not believing it was a real threat. When it was only a few meters away, and changing its gait from a gallop to an all out sprint, I suddenly changed my tune. I ran my ass off, making a bee-line back to the truck. 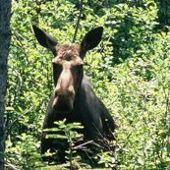 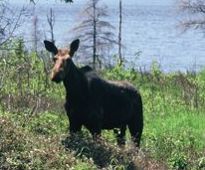 What was I thinking? If I had come across the same animal while out on a trip and not by the side of the highway, I would have admired it from a distance, not blindly walked up to it snapping photos as if it was a super model.

A few seconds into the chase I realized that being part of the high school running club was far behind me, but the moose wasn't. He was closing in and the only thing to do was to start zig-zagging in hopes of confusing him.

It was the blast of a logging truck's horn that saved me in the end. Not my buddy Andy. He was too busy laughing uncontrollably and trying to figure out how to turn his video camera on. The moose jolted with the sound of the horn, zigged when I zagged and gave up the chase as quick as it started.

I'm an idiot. I really am. I'm quite a safety fanatic while out on a trip. It's a philosophy that's kept me alive many times out there. There are times, however, the moment the trip is over I find myself forgetting all those over-the-top security measures, as if being reconnected with civilization makes it all okay again. Who am I kidding?

Prior to the moose "attack" my canoe companion, Andy Baxter, and I, partnering up with Bill and Anne Ostrom, had spent two full weeks paddling a remote river in the far north (Kopka), a river that's challenging enough in normal conditions but was in high flood water during our trip. It was the most testing route I've ever done.

We played safe, excessively safe actually; even too safe. We scouted every rapid prior to running it. We hunkered down during a wind storm rather then take a chance surfing waves out on the big lakes en route. We encountered a total of ten bears and gave them all a wide berth (and our full respect). We even used safety harnesses while portaging an incredibly steep portage around Kopka Falls. We were the poster paddlers for safe canoe tripping.

I happened upon the moose feeding along the road side not long after Andy and I started the drive home. Andy and I hadn't seen a moose all trip, so I pulled over to take a picture. I suddenly transformed from safety boy to idiot tourist. 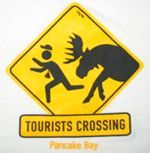 And what happened to the moose? He went back into the woods where it was safe; probably questioning how humans survive the real world, let alone a couple of weeks paddling in the wilderness. 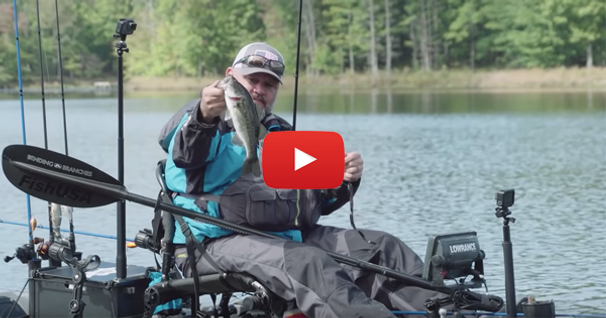 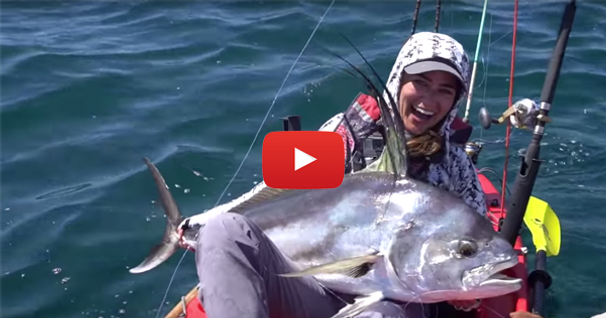 The Fish That Nearly Killed Me -- EPIC!

"While my true love with always be up-north musky fishing, this may very well be the most memorable… 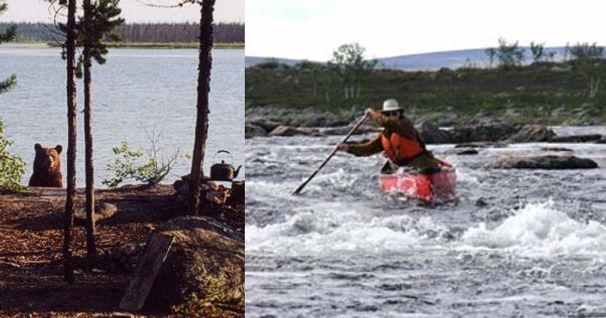