Experienced paddlers, surfers and beach divers use rip tides as readily as river runners use eddies, and for many of the same reasons. Rip tides conserve energy, give a break from big waves, and put the power of current anomalies to work for the paddler. Yes, we're talking about deliberately getting "caught" in a rip tide. If you are launching from a beach, a rip tide is like a moving sidewalk at a large airport: it takes you where you want to go faster and with less effort.

The name, rip tide, is a bit misleading in its main usage on beaches because such currents are not truly part of the tide but a by product of waves and shore terrain.

Rip tides, at least as defined by beach rats, occur anywhere water is moving into a confined area where it either drains out some way or piles up, and piling up water has definite limits. So any beach that has incoming waves of say two feet or higher will have some form of rip tide. A beach rip tide is a current that drains water back out to sea as it piles up from incoming waves. Storm waves intensify rip tides, but they are always present with any level of surf.

Often the water coming in on the surface with the wave flows out along the bottom, giving the classic undertow: water at waist or chest level heading toward the beach, water at your knees and lower pushing the opposite. That can sweep a person off his or her feet and is one of the initial steps in many beach drownings. Losing touch with wadeable bottom, in a rip tide, is a death sentence for many people. It's a minor annoyance for an experienced surf rider. Undertow almost always channels itself into defined currents, in other words a rip tide, rather than being of uniform flow strength all along a beach or shoreline.

On low angle beaches where a person can wade far offshore, the outflow usually forms two kinds of current channels: side flow feeder channels and outbound rip tides. First, water piled up from the waves flows along the beach, seeking a way out through the incoming waves. The flow scours sand out to form channels parallel to the beach. These are feeder channels. Usually several of them feed their outflow into a rip current strong and large enough in volume to punch through the incoming waves and flow out to sea. Rip tides cut even deeper channels as they gather feeder currents from one or both sides. With the increased total flow, the rip current is faster and stronger.

So a person wading out from a beach in waist deep water, looking at people wading out farther in waist deep water, may suddenly step into a feeder channel over his head. The sideways flow along the beach may sweep him or her into a rip current flowing straight out from the beach. A few yards away a person might wade much farther out without encountering a feeder channel, or the channel may be shallower and barely noticed at that point.

If the feeder channel has minimal flow, our splashing wader may touch bottom again and wade out further in shallow water beyond the feeder channel. Sandy beaches with multiple waves breaking beyond each other are a complex network of underwater channels and currents. Many of the Oregon beaches are like that and are infamous for undertow and rip tides.

Once we begin to figure out the system of small rivers flowing through the surf, we can use them. Or at least we know what to expect and what to do if we get into undertow, feeder currents and rip tide channels. Ride the ones going where you want to go, and stay away from them if they are not going your way. But first you have to spot them.

A person can sit on the beach and pick out significant rip tide channels from shore. The two main indicators of a rip tide are incoming wave height or action, and water color.

Rip tides cut a channel, like a river in the sea. Since incoming waves rise up and break in reaction to encountering shallow water, the height of the wave top will dip lower as it passes over a rip tide channel. If a consecutive series of waves consistently has one spot where the wave ridge line is lower, the mostly likely explanation is that there is a deeper channel on the bottom under that section of wave. That channel will almost certainly carry a current running out to sea: a rip tide. The low spot in the wave may not break until it is closer to shore, another visual clue.

The second indicator is water color. A rip tide will usually be discolored compared to the water around it. If the water is some shade of green, then a rip may have a brown tone to it as it scours sand and mud from the bottom. If the water is bluish clear, then the rip may be a light green. Storm waves heighten the size and sometimes the noticeabliltiy of these factors.

If both indicators, wave height and water color, mark the same slot, it's a dead giveaway to a rip tide. When I was surfing a bit and diving a lot from California beaches, we would sit on shore before going in, preferable on a rise above the water level, and scan the surf for rip tides. Sometimes you can even see a slot of foam on the surface flowing seaward, marking a rip current.

Once you spot them you can ride them. If you want to get out beyond breaking waves as quickly as possible, a rip tide is the quickest and safest ride out to sea. A rip current provides minimal exposure to breaking waves. It takes you out through the zone of breaking waves fast.

Another advantage is that the rip channel will have the lowest breaking waves. A rip may even provide a narrow gap perhaps 20 feet wide where the waves do not break at all, depending on their size. To paddle out through the surf, pick a rip and hit it just after the last big wave in a set, on the first of the smaller set of waves. (Wave sets is another topic, but they come in patterned groups on any given day, though sometimes the pattern is ragged.) Going out on a rip through a small set is easy and fast.

The rule is to ride a rip out, move a few yards along the beach to get away from it, and ride the last wave of a big set of waves back in. Get that backwards and you will be exhausted and beat up and maybe dead. Get it right and you can surf without getting your hair wet.

Just don't ever try to come into shore where a rip is running. That is like going against the direction of an airport moving sidewalk. That's another reason to pick out the rips from shore before launching, so you can avoid them on your return to the beach.

Curved bay beaches tend to have a huge rip at the most natural outlet side away from the angle of incoming waves. Jetties sticking out from a beach often have a strong rip close along one side.

The standard safety advice is right: if you get in a rip tide unintentionally, don't fight it by swimming toward shore. That will just exhaust you and nobody can swim as fast as a really strong rip. Get off of the moving sidewalk by going sideways, parallel to the shoreline. Rips are fairly narrow in width. Swimming sideways is usually about 90 degrees to the direction of the rip tide current.

Also, rip tides aren't going to take you to China, nor even to Hawaii or Bermuda. As soon as they get out into deeper water at sea level beyond the zone of breaking waves, they dissipate. Even if you just relax and float out with the rip, it won't take you too far offshore, though an offshore wind or tidal current might. Ride the rip. It saves a lot of wasted paddle effort. 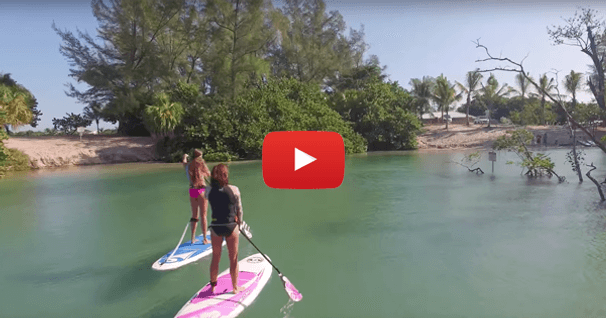 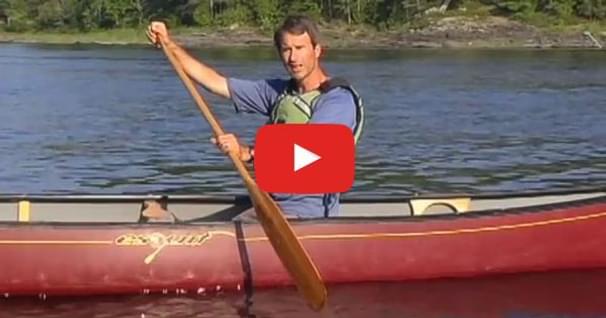 Andrew Westwood looks at the 3 Golden Rules of Canoeing, which are a set of rules that define how to…

How to Hold a SUP Paddle