Good morning folks, this is Mike Henebry talking to you from beautiful Lake Springfield in Springfield, Illinois.

What I want to discuss this morning is how to launch a kayak from a rather high dock, just about two-feet high from the surface of the dock to the surface of the water. It's intimidating to a lot of people, but if you use a rope attached to approximately the mid-point of the kayak or the balance point, it's very easy to both launch the kayak, and enter and exit the kayak without capsizing. I'll demonstrate that. It only takes a few minutes.

First of all, you can use the rope to launch the kayak from a high dock. It makes it a lot easier than trying to reach down that far. And then if you tie the rope a little bit loosely to the dock because you are going to add your weight to the kayak as you get in. Then, when you want to get into the kayak, you simply step in. It is not difficult at all, it's very easy. It works every time. I've done this thousands of times and it never capsized. You can't capsize toward the dock because you're already there. You really can't capsize away from the dock, which is pretty difficult because the rope is holding the boat. But it gives you a chance, if the water is a little bit wavy or there is a little bit of wind blowing you away from the dock, you can go ahead and get things ready, including getting your paddle in your hand. Detach the rope, and then just push off.

When you are ready to go back to the dock, you simply move up to a handy dock cleat, re-attach the rope, this time attaching it fairly tautly because, as you take your way out of the kayak it's going to pull higher. Then you can step out of the kayak pretty much any way you want, and you will not capsize. Then the rope also aids in retrieving the kayak. You can, in the same way, just reverse of how you lowered it, prepare the rope, pull the kayak up, and I say I do this on docks that are three and four feet higher than water surface. And that's all there is to it. It works every time. 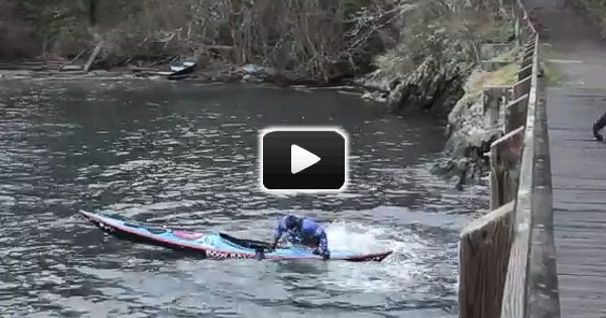 Launching/Landing from a High Dock

In this video clip, Shawna and Leon from BodyBoatBlade demonstrate a fun way to get on and off the water… 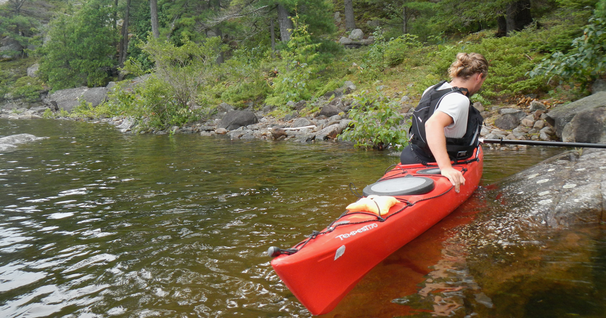 Getting In and Out of Your Kayak

"Is there a graceful way to get in an out of my kayak?" The answer may be disappointing to many of… 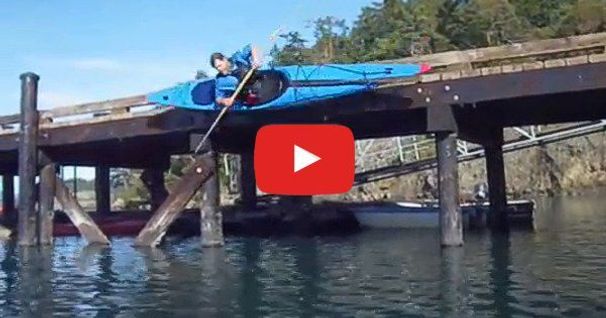 File this one under "Not the Smartest": Attempting to roll a sea kayak off a high dock... OUCH! Should…