Learn how to do a one person lift and a one person carry on a portage. No matter how "strong" you are, it's all about technique. Anyone can do it! Alright, so we're going to show you how to do it with technique and if you can't do that, we'll show you another alternative.

Right hand on the yoke, use your thighs and put it up on your thighs and then put your left hand over onto the outside gunnel. Now right hand on the inside gunnel, then use the momentum. Use the pendulum idea, not strength, that has nothing to do it, it has to do with skill. So one, two, three and lift it over. It's going to fall onto your shoulders so make sure your shoulders are ready to go into that yoke. And that's how you do it!

This canoe weighs about 54 pounds so it’s great to do it with the light canoe first or you'll maybe be overwhelmed. When you're on the portage put your arms forward and that will make the nose down. If you can't do that and if your arms get sore or if actually the mosquitoes are really bad, because that happens, get a rope tie it onto the bow and hold the rope as opposed to the gunnels. Make sure that when you get to the end of the portage you do the exact opposite of when you lifted the canoe. If you're like “No Kevin, I cannot do that,” and you're by yourself, try this one. It's called the one person lift, one person carry.

Go over to the bow, left on the outside gunnel, right on the inside gunnel and then lift it up like a lean-to. Then shimmy all the way down. This we don't find as easy but some people do. then you shimmy down to the portage yoke and away you go. Once you get to the end of the portage, same thing as getting it up. That's a lot easier to some people than doing the first lift.

Actually once you do the flip over lift and get used to it, it's fantastic as long as it's a light boat and it's a good yoke on your shoulders.

By the way we don't think we've ever used a yoke that came with the canoe, we usually buy a yoke that we actually like and fits it on our shoulders. In fact, we think we spent a lot of more money on a yoke than anything else. We think that's really important.

A lot of people don't like canoeing because they're spooked of canoeing, spooked of solo canoeing,  mostly because they don’t think they can lift the canoe on their own. If you do this second lift shown you can do it, no matter what the weight of the canoe is. Just don't do a first trip that has a 3K portage because you'll hate it. Do one that's 200 meters, feel good about yourself and then move on. 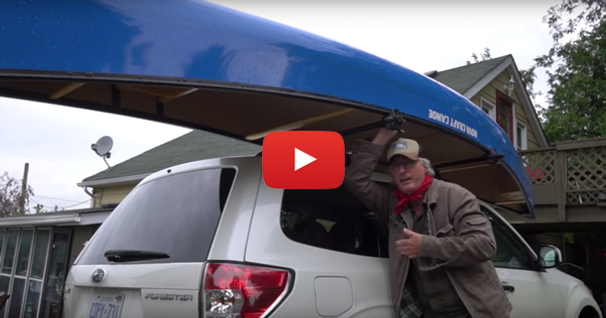 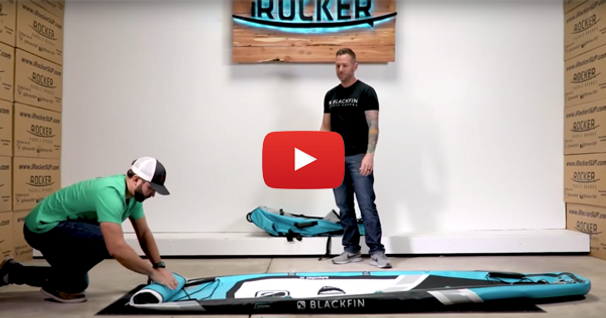 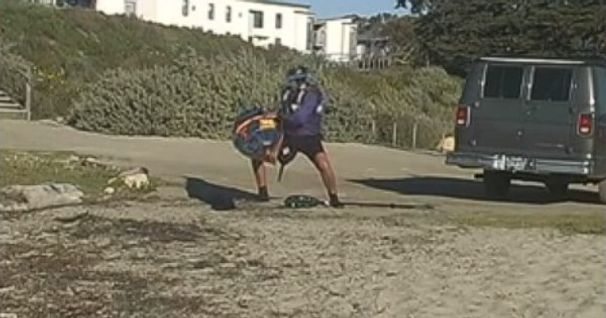