One thing that is guaranteed with the change in the seasons, is a change in the weather. I've found that normally Summer doesn't make a graceful exit. But hey, who doesn't want it to end? I've been blessed with cooler temps, but they came at the price of some nasty winds. However, the baitfish are still here in huge numbers, the water is still in the 70's, and the fishing is great. So, what do ya do? You change your tactics and you make the best of it. In this installment, we'll discuss some gear and tactics that will hopefully enable you to take advantage of the fishing opportunities that still exist this late in the year.

STAYING SAFE: We've discussed in several other articles that the best piece of gear any angler can have is good sense, especially when it comes to slugging it out with Mother Nature. If there's a small craft advisory, that means YOU, and YOU should stay home. I saw this last week - this little piggy stayed home:

SMALL CRAFT ADVISORY IN EFFECT THROUGH THURSDAY MORNING THIS AFTERNOON: WEST WINDS AROUND 25 KNOTS WITH SOME HIGHER GUSTS. SEAS BUILDING TO 5 TO 8 FEET. BAY AND INLAND WATERS ROUGH.

You can respool reels, sharpen hooks, organize your sinkers, but that's time better spent than fighting a battle you won't win. But, if you've assessed the weather conditions versus your conditioning and still opt to go, then grab a hat with a chin strap and go.

STAYING STRAIGHT: If you want to make the best of a bad drift situation, you need a rudder. This is crucial for a number of reasons. For fishing, it simply allows you to drift where YOU want to go rather than where the wind wants you to go. You will still get pushed right along, not always a bad thing, but at least you will have some choice in the destination. The rudder can also help in another crucial way - lessening paddle fatigue. Once you hit open water, there's a 99.9% chance that the wind won't be pushing you *exactly* where you want to go. That will require corrective stokes, and all strokes add up at the end of the day. You will find that with a rudder you can put more energy toward the destination, be that the honey hole or back to the launch.

STAYING PROTECTED: Unless you're out in a hurricane, the wind direction should stay relatively constant. Of course you checked the weather forecast in painful detail before you left, right? We all know that in most cases, fish like structure, and the best structure is around the shoreline. So, do your best to fish an area that's out of the wind. It's that simple. Along the lines of protection, it's a good idea to layer the clothing, and use the chap stick. And, if you don't have a windbreaker, get one. This little jacket will help keep you insulated, warmer and certainly more comfortable.

STAYING PUT: I'm not a fan of drifting - I'd rather find a likely spot and stay there. For that, you need an anchor or a stake out pole. Should you go the way of an anchor, just remember to have plenty of line and never anchor from the side. The anchor trolley is a wonderful tool, which enables you deploy your anchor and them move it from bow to stern as needed. I prefer deploying off the stern - that way you're casting with the wind and the anchor rope is behind you. I'd also suggest letting your favorite paddle store install the anchor for you. Not saying you're a girly man and can't operate a power tool. I'm saying let someone with more experience drill these holes in your boat.

Here in coastal Florida, it's shallow, especially in winder with the negative low tides. So for me, I'll be going old school and using a PVC stake out through the scuppers.

If you have location commitment issues (it happens), then you'll want a drift sock/chute. Deploy along the same lines as an anchor, just let it slow you down as you drift. You can review this archived article "Staying Put", for more advice on anchoring methods.

TAIL WINDS: Since I've been fishing from kayaks, I've always made my casts mostly from the side. In my paddling fishing infancy, I used the 2 built in rod holders at the tank well along with 3 rods mounted on my milk crate. Instead of always having a rod ready for any situation that might arise, I'd end up with 3 rods out of commission due to a lousy backcast resulting in the mother of all tangles. I've since pared down the rods, and modified my cast. With a side cast, you eliminate hang time which will ensure that you don't have 10 yards of slack in the line when the lure hits the water. If you're using braid then you know what "wind knots" are. They just don't call them knots, they're "wind knots". It's that whole cause and effect thing. So, to help lessen the chances of these receiving one of these *&^%$ things, cast low and when possible, with the wind. As you drift a shore line (shore on your right, "high noon" being directly to your right), make your cast at ten o'clock. That way, the wind is at your back which should result in a long cast with very little loop. Since your boat will be "gaining" on the lure as you drift, you'll have to modify your retrieve to keep out slack, etc.

WORKING THE WATER COLUMN: In the summer, it's hot - so fish feed early/late, and then go deep to stay cool. In the winter, it's cold - so fish go where they can stay the warmest. In fall, they're all over the place - you'll hear the word "transition" tossed around a good bit this time of year. Wind will create chop on the water, so top water baits may not be the best lure choice, but subsurface twitch baits might be a good alternative. Since fish are on the move, you may have to take more lures in order to work more of the water column. Now is also a good time to start using fluorocarbon leader, if you aren't already. Winder waters are clearer and you'll need to take that extra measure of stealth. But, once you find them chances are they'll be willing to eat. Mission accomplished. 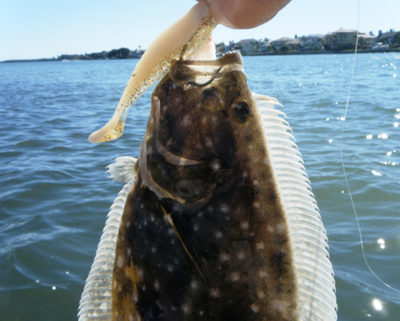 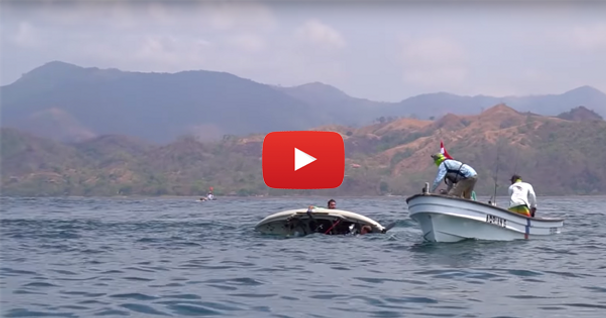 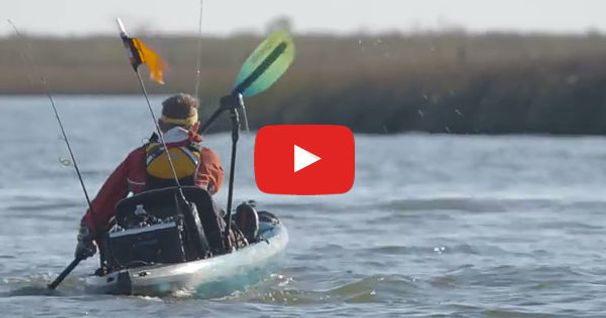 A lot of people think I'm a little crazy for going after big game fish on my kayak. A lot of thought,…

I got a good fish on a crank bait bite first thing this morning and as I go to lift it, the fish jumps…