It was a sad day when our local Scout leader plugged the "campfire" bulb into the socket of the church basement. He had good intentions; I'll give him that. The guy was attempting to recreate the atmosphere of a real campfire ring after he had to cancel our annual camp out due to lack of volunteers. But the desperate act of using a red light bulb rather then the real thing was the beginning of the end for me. I dropped out of Scouts and joined the local soccer team.

What is it about campfires? Why are they so vivid in our memories of camping out? The flickering light, sparks spiraling into the night sky, the warmth radiating from the inner circle. To say the appeal of a campfire is that it gives us warmth and light would be correct, but not the complete reason. It may be that it connects all of us to our primitive times when our ancestors depended dearly upon the heat it generated for pure survival. But circling a fire ring with green sticks poked through puffy marshmallow can't relate back to our primordial instincts. Again, it has to be much more then that.

Campfires do give us a great sense of community. Whether there are two or ten people circling it, the ones involved in this simple act are able to connect and discuss issues of the world more easily then at a coffee shop or sitting on a bar stool back home.

Group dynamics isn't the sole reasoning though. Solo travelers enjoy a campfire just as much as a group of people, even more so actually. It gives them a sense of security, nightly entertainment and a feeling of calm.

Actually, I think it's the feeling of calm part that's the biggest benefit. Campfires give us a lot of pleasures but the very idea of sitting around a campfire, whether its in a group or alone, is what signifies that you've finally begun to slow down. Your senses open up. A campfire starts to sound good, look good and smell good. You can distinctively hear the snap of exploding resin, watch as the flames change colour as it absorbs oxygen, and smell the woodsmoke being emitted from logs of maple, birch or pine.

Put simply, lighting of a campfire signifies that your time spent in the wilderness has begun.

How to light a one match fire

Starting the evening fire with just one match is the most all out challenge given to a group of campers. It beats catching the biggest fish or carrying the heaviest load. On my annual spring fishing trips with friends the bets are on for getting the fire going and the stakes get higher the more foul the weather. It's a gamble but the rules are that if you are able to get a fire going, with just one match, during a persistent all-day rain, then you win another group member's full flask of rum. Here's how I manage to win most of the wagers.

Adding fuel to the fire

A notable quote to remember while gathering wood for your fire is what reads on top of Camp Kooch-i-ching's mantel "Chop your own wood and it will warm you twice." The citation is derived from Henry David Thoreau's famous dictum on the subject of pleasures with wood gathering. Edward Abby noted the pleasure as well. He exulted in the act of gathering up desert juniper to kindle the camp fire. Since I've never been to the desert my favorite literary statement about wood gathering is that made by Sigurd Olson. His preference for fueling a fire was weathered pine knots of Canadian Shield country

"In the fall, I like to gather these blackened old nuggets of energy so that I have a good supply for the long winter evenings ahead. They are far too precious to burn often, and only on special occasions, when a fine bed of coals has formed and friends are sitting around talking and laughing in its glow, do I bring one in, push it carefully into the waiting embers.

What ever the statement made about the pleasures of gathering wood for the fire, it must be noted that the only true way to know what works and where to get it is for you to be comfortable with your surroundings. It's true what they say; practice does pay off in the end. I camp a lot near my home in Peterborough, Ontario. It's part of what's called the Great-Lakes Forest Region. And my favorite fuel for an evening fire in that area is dead and dried maple, oak or iron wood. It's a piece that's too old to be considered a sapling but too young to be mature. If you're lucky you'll come across ones still standing, the ones that can easily be pushed down, dragged back to camp, and sawed up into arm-size pieces. When cut up and burned this wood has an extended flame time, great for cooking or just keeping the chill out during a ghost story or two. It also stacks well and makes an inviting site for anyone using the camp after you.

I remember the first time I heard the phrase "I hate white rabbits" being yelled out around the fire ring to chase the smoke away. The phrase seemed more than a little odd. But the moment smoke made a move towards me at my next campfire I belted out the silly chant almost immediately. And the darn expression worked. The smoke drifted over to the next person in our group. It's as if I had some type of supernatural powers or something. That moment solidified a firm belief in the phrase and since then I've used it on a regular basis. But does it have any merit? Well, not really. It seems the whole thing originated from the idea that white rabbits were considered an omen of death and that in England good luck would come upon you if you called out "white rabbit" three times on the first of every month. The poor white bunnies have been cursed every since.

Pictures of my Firebox 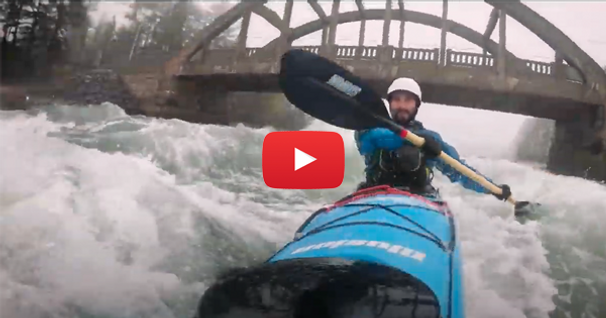 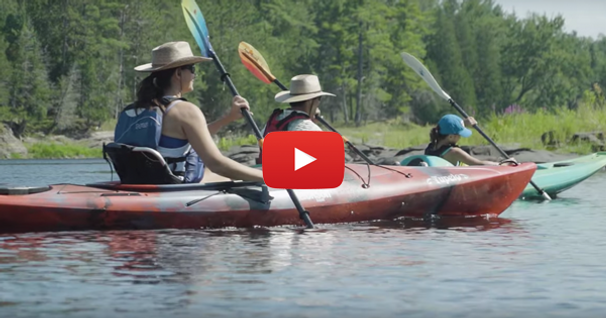