Should You Secure Gear in a Canoe When Running Rapids?

Question: Should you tie everything into your canoe when you run rapids? Or, should gear be allowed to float free in a capsize?

If you've ever capsized in a bad rapid with a load of camping gear aboard, you know the value of tying in packs. Tightly-secured packs act like a giant life preserver when the canoe dives in currents. My books, Canoeing & Camping, Beyond the Basics and Expedition Canoeing illustrate a simple security system. To summarize:

If the boat has wood or plastic trim, drill a series of equally spaced (about 12 inches apart) vertical holes through the inwales. if the trim is aluminum, drill the holes horizontally just below the T-portion of the metal rail. Thread a length of parachute cord through each hole and tie the cords off as a loop. Use these chute-cord loops as anchor points for your tie-down system. You can also screw stainless steel brackets under the inwales if you don't want to drill holes, but you'll need a lot of brackets, and they are pretty pricey.

Some whitewater paddlers cement large D-rings to the floor of their canoe, then thread their security straps through them. But threading a long strap takes time, and it's awkward if you have a lot of packs which you load and unload frequently. I like the D-ring set-up for running big rapids (everything is locked in solid in a capsize), but I consider it a nuisance on wilderness trips where there are numerous portages.

When To Tie In Your Gear

In my early years of canoeing wild rivers I meticulously tied everything into my canoe. Now, I'm convinced it's not always (indeed, not usually) a good idea. For example, there's no need to tie in gear if you're traveling in the company of other canoes in a "pool-drop" river--that is, one where rapids are short and there's quiet water below. If you capsize, your packs (which should be water-tight) will float into the pool where friends can rescue them after they've rescued you. A loaded canoe that has well-secured packs will almost always turn bottom-up when it upsets. Submerged packs that rise much above the gunnels may scrape or hang-up on subsurface rocks. At worst, a loose pack strap could snag a tree branch or rock and cause the canoe to broach and wrap - your worst nightmare!

It seems that deep rapids favor a "tie-in" approach, while shallow and pool/drop rapids, encourage a "float free" philosophy. But exceptions abound, so blind adherence to either system is not a good plan.

When Not To Tie In Your Gear

For example, I usually don't tie in (buoyant) packs when I use a nylon spray cover on my canoe. A covered boat usually turns bottom-up when it capsizes and the cover and packs stay with the canoe. The canoe rides very high (and often, surprisingly dry) through the rapid. There is, however, some merit in tying in packs under a splash cover when running heavy (Class III-IV) rapids. But it's easier to salvage your gear if you don't. The problem arises if the cover tears on rocks and the gear falls out. Still, this is an unusual scenario. The packs tend to remain with the canoe, even when the cover is badly ripped.

The twisting motion and susceptibility to prolonged abrasion of folding canoes favors a "no tie-in" approach. Again, if the boat wears a spray cover, the packs will usually remain in place in a capsize and everything will ordinarily come through fine. Folding canoes are much tougher than most people think: they will slither over ledges and bounce over rocks that often stop a hard-shelled boat. They are, however, much more fragile than hard boats in a capsize, and the ball game ends immediately in a wrap. Untethered packs and a spray cover can save the day.

I suggest you don't tie in gear when you paddle the Boundary Waters/Quetico and similar lake country, where a portage per hour is often the rule. It's a hassle to tie and untie packs at every carry, even if doing so offers some security afloat. If you capsize on a heaving lake, fellow paddlers will have to remove your packs before they can tow your canoe to shore, or effect a canoe-over-canoe rescue. And, if you're traveling alone, you will need to dump your wet packs in order to swim your canoe ashore.

Tips for How to Secure Your Gear in a Canoe

Warning: if you do secure your packs in the canoe, use only quick-release knots, carabineers or snap rings. And carry a knife. Wet cord and a heaving lake can disorganize fasteners-you may have to cut things loose!

The place to tie in packs is on a big brawny river with rapids that run for miles. Capsize here and you'll be lucky to rescue your canoe, let alone packs that float out and are lost in the gathering flow. For example, the lower Clearwater River in Alberta averages more than 5 miles an hour, and some long stretches run two or three times that speed. Rapids rate Class I to "Oh my God!" Two canoes in my crew capsized in a long Class IIII rapid when we paddled this river in 1996. Both teams lost some expensive gear that wasn't tied in. Later, we found a treasured carbon-fiber paddle lodged in some brush 30 miles downstream! Fortunately, the paddle shaft was brightly ringed with colorful plastic tape. We wouldn't have seen it otherwise.

Your skills, the nature of your route, your support team and whether or not you have a covered canoe should determine whether or not you tie in your packs. If there's an axiom here it is that when you do tie in packs, tie them so securely that they double as flotation and absolutely, positively cannot dangle out and catch on obstacles. Buckling a pack strap around a thwart is not good enough. Indeed, it is a recipe for disaster! Map cases, drinking cups, GPS units, cameras and other small items, are another matter. These should be secured, even when there is little threat of upset. Examples: When I paddle stern, I keep my map, in its waterproof case, imprisoned under a loop of shock-cord strung through the aft thwart. The shock-cord keeps the map in place in wind and on portages, and in a mild water capsize. Before I enter a dicey rapid I place the map case (folded) inside a thwart bag (not waterproof) or fanny pack which is buckled to the aft thwart. My GPS, which, in calm water, is usually clipped to the aft thwart, goes inside a small Pelican box which, in turn, is secured inside my thwart bag. My drinking cup snaps (carabiner) to a cord loop on the gunnel, etc. Every small item which can be lost or damaged by water is boxed or bagged and/or secured in the thwart bag, clipped to a gunnel loop or stowed in a small day pack. Nothing is left to chance.

When it's time to portage, I unsnap the thwart bag and place it on top of my tripping pack or under the flap. It takes only a few seconds.

Admittedly, my system works best on a wilderness river where there's a mixture of rapids, portages and flat water. The gentle, all-lake nature of the Boundary Waters and Quetico encourage a less rigorous approach. 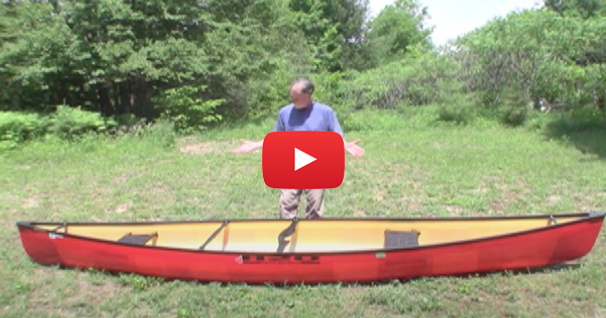 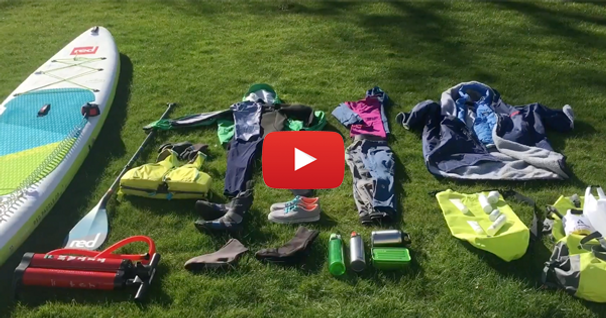 SUP Touring - What To Pack

Check out the gear Fiona Quinn will take with her on a SUP journey the length of Britain, from… In this video, wilderness adventurer Jim Baird documents his float plane ride into the wilderness to Lac…