The K1 XP is a kayak brought to you by Point 65 Sweden. Read K1 XP reviews or submit your own review to share with the paddling community. Check out a few other kayak recommendations below or explore all kayaks to find the perfect one for you!

Read and submit reviews for the K1 XP.

Read reviews for the K1 XP by Point 65 Sweden as submitted by your fellow paddlers. All of the reviews are created and written by paddlers like you, so be sure to submit your own review and be part of the community!

Four months ago I bought a…

Submitted by: Robin on 3/7/2016
Four months ago I bought a K1-XP sight unseen. I had paddled one years earlier and had liked it then. My boat is a Carbon Fiber build and very light for its size. After allowing for usage my opinion of its quality is: great design. The gell coat is too thin but does not crack. All bolt heads are glassed over. The seat and backhand are all day comfortable. The footrests are easily adjustable. The carrying toggles are at the ends where they belong. The hatch covers are of good quality and have not leaked. The skeg control works perfectly but is located where my thumb occasionally contacts it. Because if its light weight the boat cartops easily.

I finally was able to get away and try it out. Conditions were: wind 10-15MPH, waves 1-2 feet. The boat did not weather cock at all. It tracks dead straight with a nice glide. Turning is not a strong point. Some lean is necessary and turns are slow. The boat rolls quickly with little effort. What little water came over the bow was quickly shed, the recessed hatches did not spray any upward.

Stability would not be a strong point for a beginner, being slightly tippy All in all a really fine kayak. I am 71 (older than the water I paddled on), 6Ft;, 175lbs., and have paddled for 45 years.

Submitted by: guest-paddler on 12/11/2008
I just bought a (new to me) 2007 Fiberglass Point 65 XP. I'll agree with the other reviews here. My initial concerns before paddling this boat were that it would be way tippy and that it wouldn't turn.

I am happy to report that it isn't that tippy at all. Comparable to a Looksha 4. The only time it feels tippy at all is when I am looking down fiddling with gear. Secondary stability is nice. As for turning, it is very responsive to edging and corrections... but is a bit slow to come around beyond 90 degrees. Everything is a trade-off and with the XP that trade is for speed. I love the speed. It catches and surfs swells and waves very easily. Once on a wave, it does not tend to broach nearly so quickly as most boats.

Construction is OK. Construction is very solid and strong. Fit and finish is a little rough. Exterior looks great, but taped seams on the interior get a little rough in the hard to reach ends. The weight is on the heavy end for FG, but not unreasonable. Hatches are bomber, but I did get a little leaking into my day-hatch. A little Marine Goo fixed that right away. It was leaking where the hatch ring is sealed to the FG deck. The seat and backband is very basic, but makes a good platform for attaching minicell foam for a custom fit. The skeg is smooth. I have never mounted the rudder, no real need for it anyway.

If you want to go fast from point A to B, this is a great boat.

This weekend I paddled the…

Submitted by: guest-paddler on 3/6/2007
This weekend I paddled the Point 65 North XP. It is on the short list of boats I’m looking at as potential expedition racers or to use as a fast touring boat.

The boat I paddled was the XP in Carbon/Kevlar. It was light! In the low 40s according to the specs. The boat was easy for me (rather average size female) to solo carry. Despite the light weight it feels really very solid. And it’s a real touring boat with bulkheads and day hatch included. It could easily carry a couple weeks of gear although the smaller than normal day hatch opening would make packing a bit more difficult. It comes equipped with a skeg or a skeg/rudder combination. The boat I used had the skeg only and it was the smoothest skeg I’ve used to date. I could literally make minor adjustments with the tap of a finger as I was ending a forward stroke. The rudder is a “gas pedal” model so you don’t lose the fixed footpegs and is one of the things that would make this a good racer. The back band isn't great, but I've since been told that new boats will have an improved model.

The finish on the boat is impressive. There is an extra layer of carbon/Kevlar cloth on the hull bow and stern. The inside is very smooth. The deck of the XP is awesome. The rear is nice and low making layback rolls a breeze but it’s the front deck that is really interesting. It has cut away sides that enable you to plant your paddle close to the boat during your forward stroke. During a day trip using my wing paddle I didn’t hit the deck once with the paddle (which I do in nearly every other boat at some point). The deck fittings are all recessed and the perimeter lines and bungies are in all the right places.

This boat is made to go forward fast. I haven’t put a GPS to it yet but from feel it feels slightly faster than my Silhouette and the light weight really helps it accelerate quickly. The boat has a shallow V hull and its initial stability is pretty good (at least for me) but it’s the secondary stability that is great. With the hard chine you can really edge the boat and feel rock solid. At 18 feet long it is a bit tough to turn if flat. However, put it on edge, which you can do confidently and it turns very well.

In calm conditions the boat paddled great and didn’t require any special attention. In 20+ knot winds the boat weathercocked a bit but the skeg countered that easily. As the waves built (probably never over 2 feet though) the boat was stable and dry. Turning downwind the boat easily caught and surfed the small wind waves.

Rolling the boat was very easy. Standard C to C and sweeps all brought me up with no problem. Skulling and bracing were also easy. A friend tried his Greenland moves on it and his static brace looked pretty good. After three hours roll practice the front hatch and rear hatch were bone dry but a little water collected in the day hatch.

Size wise, the XP is made for medium to larger paddlers and for me is a little on the deep side. If only they would make a XP LV I’d give it a 10!

I paddled this boat in…

Submitted by: POINT on 5/1/2006
I paddled this boat in Charlston SC, at the festival on 4/22. This is simply incredible, the boys in Sweden know how to make them. A boat that is this fast and stable is hard to believe. I paddled the kevlar model which was great looking also.
5

The XP was introduced by…

Submitted by: paddler230470 on 2/16/2004
The XP was introduced by Point in 2003. And what a succes. Radical new lines, that look sleek, fast, and stealth. The V bottom gives it incredible good tracking. it comes with our withour a rudder which can be pulled back all the way up to the deck. The hull is really fast thanks to its narrowness and long water line. A JOY to paddle. Makes many miles between campsites! Sea Kayaker mag, was impressed with it, and so am I!
K1 XP
by Point 65 Sweden
Submit Your Review 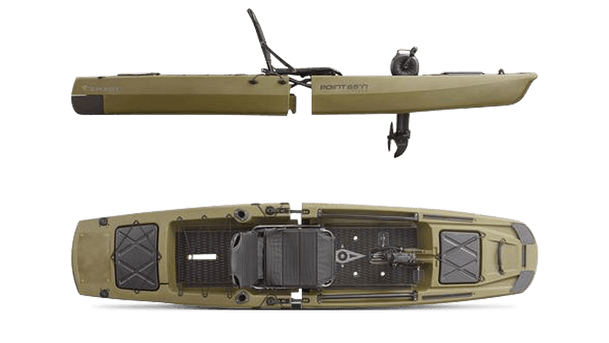 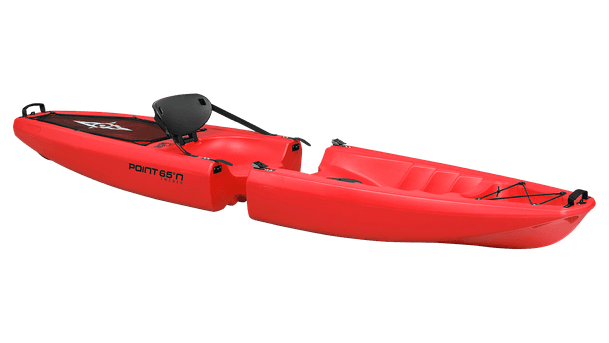 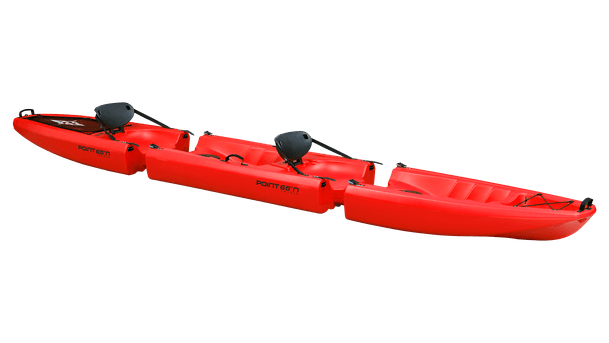 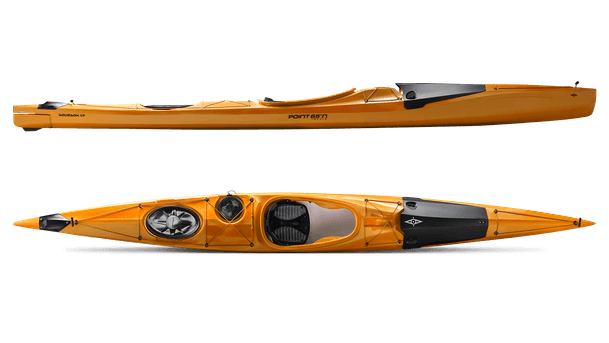