The CASTAWAY 100 ANGLER fishing kayak is perfect for the angler looking for an open space to bring extra gear and to be able to stand-up safely on the kayak. All of Pelican's boats have been thoughtfully designed with the most convenient and comfortable features to suit each paddler’s specific needs. The outdoors is now within your reach with the perfect boat waiting for you.

Read and submit reviews for the Castaway 100 Angler.

Read reviews for the Castaway 100 Angler by Pelican International as submitted by your fellow paddlers. All of the reviews are created and written by paddlers like you, so be sure to submit your own review and be part of the community!

I bought the Castaway 100 a week ago. They were the last one ever to be on the shelves. I took it out on the lake the next day, and it was good for about 6 hours. I'm a heavy guy and weigh 234 LBS, (Castaway's limit is 250) and only had a little water to drain.

Today I went out on a river with mild rapids, but the rapids had some pretty good drops. The kayak was stable, my friend who is 180 LBS never tipped, although I tipped somewhere about 7-9 times. I don't have good balance though.

Pros: Overall I'm pleased with the performance of this kayak. I have taken it over shallow spots and dragged, gone white water 'yaking, sat in it for 6 hours at a time, I can even use it as a SUP board and stand in it and got a goal to lose weight for.

Cons: It makes my butt sore after sitting in it for 4 hours.

Submitted by: paddler235453 on 7/11/2016
This is a follow up on my first review of the Castaway 100. This is the 4th season I have used this boat on Tennessee's Roaring River. Everything has held up wonderfully on the kayak. The top of the backrest is starting to show wear, but my wife tells me she can repair it with needle and thread if I would only remove it from the boat. The wear was caused by other kayaks being drug across the backrest while being transported in the back of pickup trucks. I rarely get my two canoes out of the garage. If you can find a good used version, buy it. I am looking for another.
3

I bought my Pelican Castaway…

Submitted by: bacaruda73 on 9/16/2015
I bought my Pelican Castaway a little over a year ago and gave my initial impressions review. Now I'm giving my one year assessment of this introductory Kayak. I still feel that I got my money's worth as a beginner Kayak fisherman. I've learned a lot in the past year. Biggest complaint is comfort. for a guy that is 6' 1". It get's painful to be in very quickly. A pad for my rear end remedied that area. but put simply the back rest sits too low and is hard on the kidney's and lower back. the other thing is seat positioning. It is a little too far back and will sag towards the back greatly especially when hauling a tackle crate behind you.

It does track straight and goes at a decent rate when not loaded down. any additional weight in the back will cause a lot of drag but pre-planning can quickly help that.

It's surprisingly stable because of how low you sit in the Yak. I saw a comparable newer model at Dick with a different haul design that shows much more stability. (Angler Boost 100) I have never dumped over. I came close three times but managed to stay upright. Once when a drunk in a Bass boat ran over me on trolling motor and another time when a couple of speed boats zipped past me leaving a big wake. lol. For a typical lake I have little concern. I would not take it out in the surf however. if you're looking for a starter and do not want to spend a lot.

This is a good starter fishing kayak however I would suggest the Angler Boost 100 instead because they are a bit more angler friendly. Also buy the seat Upgrade!

A friend and I decided to get…

Submitted by: paddler236012 on 9/23/2014
A friend and I decided to get into kayaking and try kayak fishing so 3 months ago I purchased my castaway 100 for $200 off Craigslist from a guy who had only used it twice in Saltwater. I've since had it on the water at least 20 times.

For a beginner, it's a great quality vs cost option. Its strengths are its cost, light weight & angler features. Its weaknesses are lack of hull access and hatches (I've since added a 6" day hatch to mine just in front of the seat similar to the Pelican Tidewater model as well as a zig-zag cleat for anchoring & stringing fish).

I use mine primarily in rivers, some lakes & ponds, and saltwater flats. I haven't braved the Gulf, inshore or off as I suspect it wont fair well in rougher currents. It is stable to sit but standing isn't feasible for me, I've tried and rolled both times, maybe a stand assist strap would help but I doubt it. It's more maneuverable than my friends Perception Sport but doesn't track nearly as well. The backrest is handy and while I thought the lack of padded seat would be a problem, it's not until I'm on the water for a 6+ hour trip which doesn't happen often.

Very pleased with my purchase but now looking to upgrade to a larger (12-13ft) kayak.

I recently purchased a…

Submitted by: bacaruda73 on 7/2/2014
I recently purchased a Pelican Castaway 100 to introduce myself into the sport of Kayak Fishing. The Kayak serves it's purpose for a beginner such as myself. I did not want to spend a lot on a Fishing Kayak since I am a beginner. I just wanted to get my feet wet so to speak before I decide to upgrade to something larger with more options.

The Kayak is well equipped with accessories for a beginner. such as an adjustable rod holder and two recessed rod holders. It also came with a crisscross bungee lashing system for the rear deck to help hold down items securely. The kayak is very light weight and I can easily toss it in the bed of my truck. and since it is only 10 feet long I do not require a bed extension system to transport it. I just use a couple of ratchet tie downs and the boat is secure. I was a bit worried that the plastic construction might be weak but so far it has held up to the abuse that I have given it due to my low handling skill as a novice.

I recommend this Kayak for a beginner or as a gift to a Youth that wants to get into Kayak Fishing due to it's affordability and factory options.

I love this yak it is my…

Submitted by: paddler235589 on 6/16/2014
I love this yak it is my first kayak and handles great I've caught many fish from it. It's all good except no dry storage and it got a hole the first summer I had it. I patched it, but one summer is not a very good life expectancy. I'll be buying Old Town or Ascend next time...
5

I purchased my Pelican…

Submitted by: koradogger on 4/2/2014
I purchased my Pelican Castaway a little under 1 year ago. It was on a hot deal sale at academy for $200.00 and I was looking for an inexpensive way to try kayaking. I have really enjoyed this kayak and it was a great way for me to find out that I love kayaking.

I have used it on ponds and slow moving rivers. It handles well for what I do with it. I haven't done much fishing out of it, and have since bought a larger kayak that I fish out of.

The only complaint I have about this kayak is that there are not any dry storage hatches. It is stable, but I have never tried to stand up in it. It is also light weight (40-50lbs I think) and easy for me to load on my SUV.

Submitted by: paddler235453 on 3/10/2014
Purchasing the Pelican Castaway 100 (10 feet) late in the 2013 season allowed for only six trips on Tennessee's roaring river. The Castaway is a fishing yak and includes 3 rod holders, one straddle and two built in. I have yet to wet a line with my Castaway, using it for my summertime "float and drink a few beers boat". the boat has been excellent for this endeavor. Stability, tracking, and hull quality are all excellent. The Native Watercraft company sells a fish storage/cooler bag that stores 3 six-packs. at 42 pounds the boat is easy for most to carry. Negatives include the lack of dry hatches and a shortage of tie-downs which is easily solved with padeyes from Walmart. For the suggested retail of $349, this may be the buy for fishing (oops, beer-drinking) kayaks.
4

Had Castaway for few months;…

Submitted by: guest-paddler on 7/19/2013
Had Castaway for few months; my first yak. Took a little getting used to (balance), but tracks well... would set up bungee deck, stern, different maybe instead of terminal loops use hook ends (work better for me). I added 2 hatches and is a work in progress.

Overall very happy with purchase, just wish recent weather would have co-operated more so could use more. 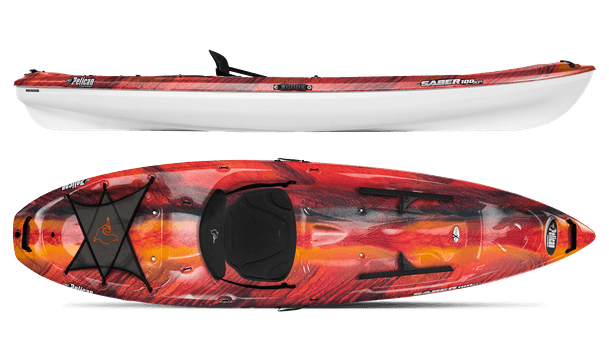 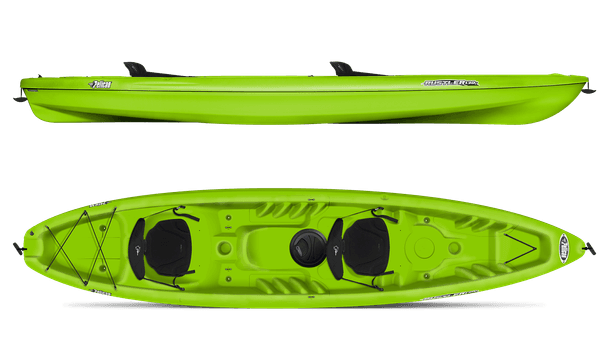