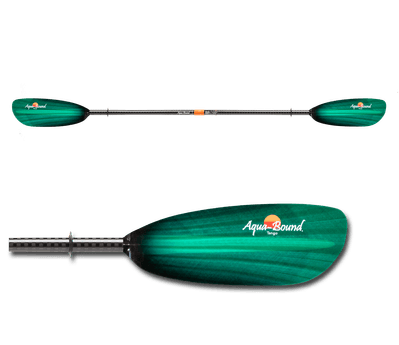 We already had Aqua-Bound Surge and Swell two piece fiberglass paddles with carbon shafts and needed a third paddle for a spare. We have only used the Tango once so far - in Pamlico Sound - off Hatteras Island, North Carolina. The Tango does have the newer position-lock coupling for joining the two halves and setting the feather angle. We like this coupling better than the single-hole/single-pin (per chosen feather angle). Not to sound like a promo but the connection feels more positive and seems, at this early stage, to be better suited for extended use and possibly less likely to be prone to damage. We like brightly colored blades as they certainly can be seen through fog or rain for a long distance - as compared to darker or more muted colors. We chose the yellow/red blades and are happy with that choice. We have a CD Libra-XT tandem kayak and are both relatively new paddlers who have been through a few in-pool classes and a full-day ACA kayaking course. We have been canoeing for thirty years - as such have a good feel for paddles in general. Both my wife and I felt that the exit of the Tango was not as clean as the Aqua-Bound Swell and Surge (both now discontinued, I believe). The Tango felt slightly lighter to use - as well as slightly stiffer (than the Surge or Swell). It may take more strokes to figure out the exit. It is nice to have three different paddles - as we can trade of on longer outings or with various conditions and use slightly different muscles to maybe reduce fatigue a bit.