good for its niche

I have owned an Eddyline Denali for several years now, and it is my go-to kayak for overnight trips. I recently added an Eddyline Equinox to the fleet because I wanted a second kayak to keep on the deck of my sailboat to use for day-tripping. The Equinox is significantly lighter and shorter than the Denali, which makes it better for launching and retrieving from the mother ship.

I am 6'3", and would not advise this boat for larger paddlers. I fit into it with the pegs all the way forward and the seat all the way back, and the thigh pads don't give me any wiggle room. (Unlike the Denali, where I have room to spare and set it up with the seat somewhat forward.)

I'm happy to report that the Equinox doesn't seem to need a skeg, and tracks better than any boat I've ever seen. There is sufficient buoyancy in the bow when paddled empty, but I haven't loaded it with camping gear and doubt that it would perform as well with a load as the Denali does. Where the Denali tends to hobbyhorse a bit when paddled light, the Equinox is in its sweet spot in those conditions. Although I would rather surf the Denali because it's less likely to bury the bow, the Equinox performs well in following seas, and has never shown a tendency to broach.

My wife and I currently own five kayaks, four of which are Eddylines. She paddles a Merlin LT and a Samba, the Merlin being the boat she keeps on our sailboat to accompany my Equinox. Our only non-Eddyline boat is our tandem, a 22" Current Designs Libra XT, which has a large hatch between the two cockpits. A shame Eddyline doesn't offer a large touring tandem such as this. (Hint!) 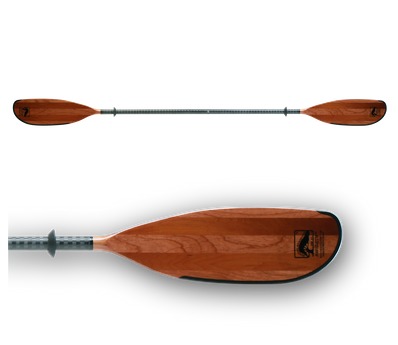 I regularly use three paddles. I usually carry a Wind Swift as my wind/spare paddle. For expedition paddling, I prefer a Werner Athena, and for day trips I use the Bending Branches Navigator.

The reason I like the Navigator for day trips is that it is slightly heavier than the Athena and notably less forgiving. As such, it builds better paddling tone and requires more attention to form. It will flutter if my stroke gets lazy in situations where the Athena will not. When I switch to the Athena after working out with the Navigator, I feel like superman.

The navigator skulls well and is particularly well designed for a high brace. It's a good surf paddle, but I tend not to want to use it when rock gardening despite the rock guard. The positive flotation is appreciable. Adding to that, it's the coolest look of all my paddles, and I appreciated that it costs significantly less than the Athena. 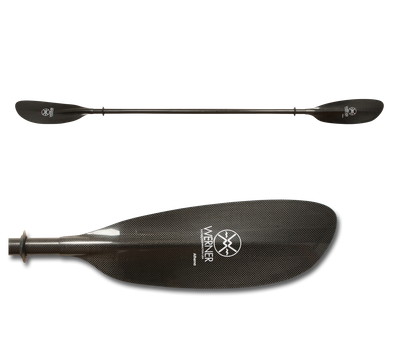 I use a Werner Athena for touring. Got the 4-piece version…

I use a Werner Athena for touring. Got the 4-piece version because I'm often traveling on jets with the paddle. Blade size is perfect for me. I'm 6'3" 240lbs, and an active paddler in his early 60s. Went on a 10-day trip to Baja recently, and the guide was using the exact same paddle except that it was a 2-piece model. I teased him that he was using a women's paddle, and he replied, "Women and pros." 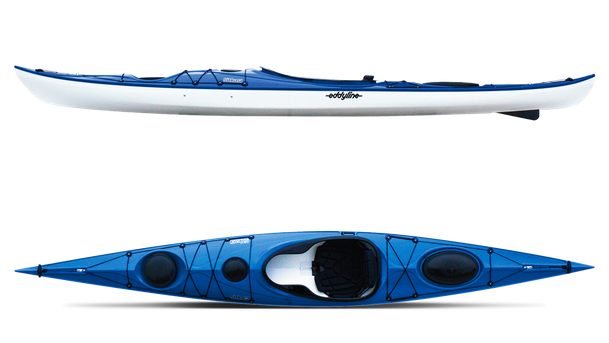 by Eddyline Kayaks
Details
I'm 6'3", 240 lbs and I love this boat. I've owned several other yaks, and nothing has ever fit me so comfortable. Plenty of bow buoyancy, plenty of secondary stability. You have to be careful to get the seat in the right spot--mine does not want to be all the way back, which was a pleasant surprise. I can carry enough gear for multi-day trips without the boat becoming a dog. Tracks well with the skew down, and I use the skeg about 80% of the time.