by Shaw and Tenney
Details

When is a paddle not a paddle? When it's an oar. I'm usually…

When is a paddle not a paddle? When it's an oar.
I'm usually pretty good at keeping ahead of maintenance chores, especially on my most prized possessions but for what ever reason, well you know how it goes, it just kept going to the back burner... my Shaw Tenney oars were looking frightfully neglected. They take a lot of abuse bumping around in my 8' Fatty Knees rowing/sailing dinghy not to mention the actual rowing in salt water, I use them to push off from docks or dig them into the sand and rocks to push off from shore. Through thick and thin these 30 year old works of art and function have never let me down. I bought them at a marine swap meet for a song and a little coin ten years ago from an old salt who swore he had them for twenty.

So after 30 years I was determined to restore these beauties to their former glory. I stripped them down to bare wood and sanded with progressively finer and finer sand paper until they were as virgin as the day they were made. I then began laying on the many coats of varnish.

One day while I was busy in my labors I heard a voice down dock say "Now there's a man with far too much time on his hands, varnishing his paddles!" I looked up to see Captain Mike having a good chuckle. I picked up one of the oars and walked up to him and said "This is a Shaw Tenney oar, made in Maine, the oldest oar making company in the good old USofA" I think I also mention that they've been making oars since the 18 somethings and yes they make paddles too. Captain Mike got all flustered, because being a professional captain and all, he didn't like to be reminded that an oar is not a paddle. I really wasn't trying to call him on that point, I just wanted to let him see for himself up close what exceptional craftsmanship these Shaw Tenneys were. I also said that refinishing these oars was well worth it because a new pair would be hundreds of dollars. I understand that many people would not go through the trouble of refinishing, just use them till they broke and replace them with a cheap pair of ours from the local marine store... but then they would deprive themselves the pure joy and pleasure of pulling a boat through the water in the evening with the setting sun glistening off the shining surface of your exquisitely crafted, you got it, oars. 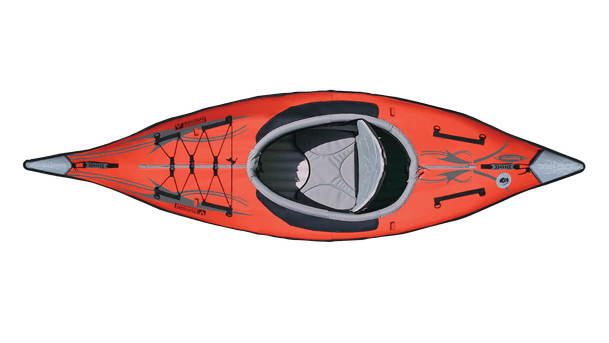 by Advanced Elements
Details
After 10 years I still give it a 10. Spent last 8 years on a 31' sailboat up and down east coast US an to the Bahamas. Tracks better than some hard bodies. (I have had a long hard dive kayak) This inflatable is like wearing a life jacket all over. I can get distracted watching wildlife or shooting video and bump into a rock or a dock or sea bottom and get only a gentle reminder.