by Salamander Paddle Gear
Details
I've been wearing a Salamander Guide combination throwbag-tow rope for about 5 years now. I use it to catch and tow runaway boats in moving water rescue.

I really don't use the throw rope side of the rig, I carry a dedicated throw rope too. But it's nice to know that I always have an extra throw bag/rope with me at all times. Plus, when I get out of the boat and scout, or whatever, it's always there.

I'm giving it a 9 out of 10 instead of a 10 because it's geared toward kayakers. The tow rope side is really too short for longer canoe tows. But you can easily remedy that by removing the knot and taking some of the rope from the throw bag side and shifting it over to the tow side. I wish the tow side storage area was a little larger to accommodate the extra rope I've moved over there. It makes it just a little harder to stuff, but it's not a big deal.

Great product overall. If I lost it, I'd buy another. 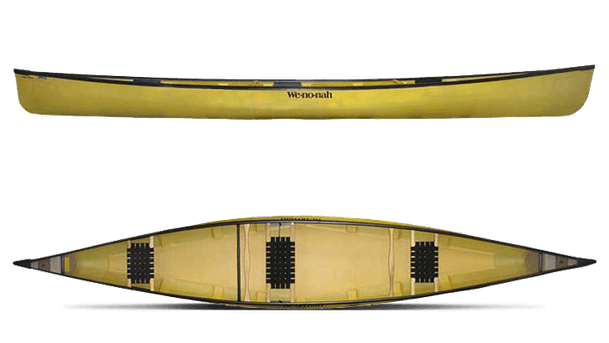 by Wenonah Canoe, Inc.
Details
From time to time people have raised the question of what boats are good for young children. I wanted to post my experience so far with kids in a solo plus so those considering a purchase may benefit.

I bought a Solo Plus for my 7 and 9 year old boys late last year (ok, it's for me too). I thought it would be a good tandem for them since it is quite narrow at the ends and has no rocker making it easier to keep straight. The first time we had it out, I was in the center seat and they were in the ends. I did most of the "driving." I thought it would be kind of tough to turn with no rocker and each of them on the ends. I was surprised that it turned fairly easily (all things considered).

Next outing, I let them paddle by themselves in a fairly small class one creek. This is the first time they have ever been in a canoe by themselves. For those who would gasp, I knew what they were in for since just did it a few days before. We only did a few miles but they did absolutely great in the Solo Plus. There were lots of turns and a few small rapids and constant innocuous strainers along the banks. I was surprised at how well the boat responded to their strokes. At their weight, the bow and stern both responded instantly to their little draws and prys. They never hit a thing and were able to keep a very good line. It was really cool to watch.

I would recommend the Solo Plus for anyone who wants to introduce youngsters to canoeing. Not to mention, you have a decent solo for yourself as well. I can't really comment much about its solo ability yet since I only paddled it that way around 4 miles so far and am not used to it yet. But for youngsters going tandem, I'm extremely pleased.