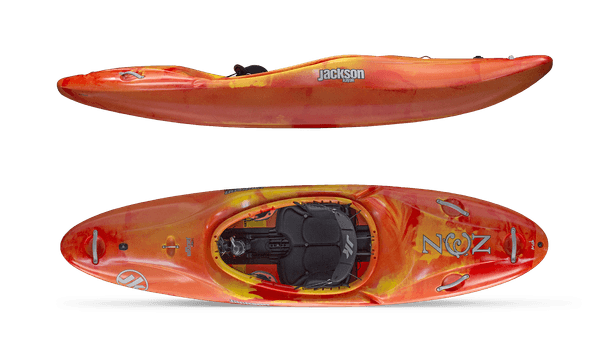 About a year ago I was looking for a new kayak. I have a few different types of kayaks already including a sea kayak, playboat, and a crossover. I wanted to add a river runner. Something that was fast and carved corners like a figure skater. After talking with some friends about what they were paddling I had it narrowed down to a few models so I located a dealer and drove down to demo them. I was driving 5 hours one way and wanted to make sure I was happy with the boat and that it would perform the way I described. I had called the outfitter and gave him my "needs" list, he listened and then replied "you want a Zen" It was NOT on my list but took his advice and paddled it along with the three boats I was interested in. At the end of the day I drove home with the Jackson Zen.

I was able to do attainments, it rolled with little effort and was very stable. Its a fast hull with great manuverability. I have had this boat for one year and am very happy with the way it handles. I did make a few adjustments to the outfitting. I added some padding under my seat for thigh support. Then for the strings that adjust the seat back I enclosed them in a piece of neoprene that I cut and wrapped around the strings gluing them at the open end to make a "tube" enclosure still allowing me to adjust the seat back for a good tight fit. I find that I paddle this boat more than anything else I own.