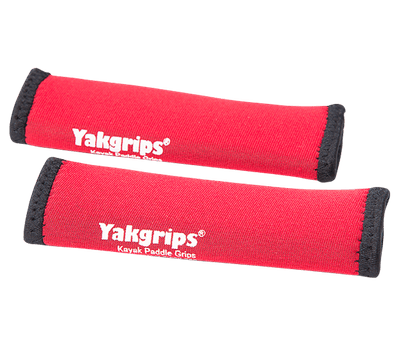 by Cascade Creek Company
Details
I purchased a pair of Yakgrips kayak paddle grips for my paddles. I wanted to protect my hands from blisters while paddling. I figured it was a great idea. I also considering paddling gloves as an alternative to the Yakgrips. Used them one time and noticed they don't stay put on the paddle shafts. When they get wet they tend to slide up and down the shaft. I found it better to paddle without them. Needless to say I will be retuning them.

by Pelican International
Details
I purchased this Pelican kayak from BJ's solely based on price and the fact that it was a tandem kayak. Paid $300 for kayak, paddles and car top carrier. I was excited to use it. Wifey was supposed to join me on trips but that never happened. I kayak mainly in protected waters such as rivers, harbors and bays so ocean currents were not a factor.

First time out the carry handles on the ends broke. Next the drain plug came apart. The dry storage bag in front is totally useless. It kept falling out. The hull is poorly designed and you get soaked while paddling. On the water solo I noticed it was not tracking properly. Also tried using the skeg and that did not work. Contacted Pelican and they sent me a new skeg. I installed it, took the kayak out again and of course it did not work. Each time I used this kayak I became more frustrated.

Yesterday went kayaking with my daughter again in a protected river with little wind and no tide to deal with. This kayak was all over the place. Could not control it and we were constantly correcting our paddling technique. Again skeg not working. Would not track straight. Also we were getting wet. So I decided to cut my trip short and made a bee line back to shore. Quickly loaded up the kayak and made a decision to return this kayak back to BJ's.

I only had this kayak for a month. So In the end I returned it and realized, YOU GET WHAT YOU PAY FOR! I enjoy kayaking so much I will be looking for another kayak that is a much better quality and has the features I want.