The canoeing literature universally recommends that landed canoes be turned belly up when stored for a few hours or days on land. The idea is that if it rains while the canoe is unattended, the water will simply drain off rather than flood the hull. Wind is also a factor, especially in lake country like the BWCA, where an off-shore blow can get under the canoe, lift it and blow it out to sea. Turning a landlocked canoe over is good advice wherever you are. But most novice Boundary Waters paddlers usually just leave their canoes right side up-and dangerously close to the water's edge--when they camp.

The "belly up" procedure is almost always the best plan. "Almost always" means 99.9 percent of the time. The 0.1 is a unique exception as emphasized by the following story:

Noatak River, Alaska (July 2010) For several days, my friends and I had enjoyed good weather-sunny days, no rain and little wind. We were camped on a gravel bar about 75 yards from the river's edge. Our three seventeen foot Pakboats® (folding canoes) were well up on shore, abutting a tangle of willows. We planned to tie them to the willows and to one another before we retired for the night. Two of the canoes were turned over, one (mine) was right side up.

It was a nice, bug-free evening and just cool enough to enjoy a campfire. We built a giant blaze, pulled our stools up close and settled in for a relaxing evening. 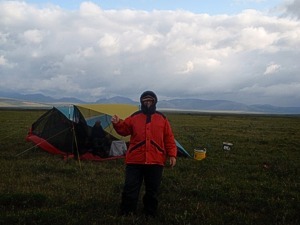 In the distance, the sky suddenly began to blacken. We watched it for maybe half a minute, mesmerized by the rapidly crawling darkness. About 15 seconds passed before the blackness was directly overhead, accompanied by a howling wind that sounded like a freight train.

"My God, it's a Williwaw!" I yelled. Indeed it was. In less time than I write these words, our big CCS tundra tarp - which was well staked down-flattened to the ground. My friend, Tom Schwinghamer and I leaped upon it, hoping to keep it from blowing into the river. Sand clouded the sky and flew at us like bb pellets. I glanced at the tents-new model Eureka! Tundralines-they were still standing. Then I heard someone yell, "the canoes!" I glanced up in time to see two red kites - er' canoes - flying high, maybe 100 feet off the ground. Tom and I could do nothing. We just covered our face, huddled by the tarp and held on tight.

The Williwaw (mini-tornado) lasted only about a minute but the devastation was severe. There was no evidence of our blazing bonfire. None! Surprisingly, the tents held, though one - which was at least 80 yards from the fire - incurred some spark holes when embers blew under the tent. The canoes? The two that had been overturned floated in an eddy on the far side of the river - about 200 yards from us. The river speed by our camp was about five miles an hour; good thing the boats were stuck in an eddy or they would have been long gone. One landed right side up; the other upside down. There was no damage whatsoever. Most amazing, was that the one canoe that had not been turned over didn't move a millimeter. It just sat there motionless through the commotion. The question is why didn't it also become airborne?

Simple answer, really. A williwaw creates very low pressure. An inverted canoe will have higher pressure inside the hull than outside (above it). The pressure differential will cause the canoe to rise. Since there was no pressure under the hull of the upright canoe (the belly was on the ground), it simply sat there. We wondered what the scenario might have been if the canoes had all been upside down and tied up as was our usual practice. We guessed that the force of the wind would have just torn off the bows as the boats sailed skyward.

So then... should you turn your canoe over and tie it to a tree or boulder when you camp? Yes, 99.9 percent of the time. No, if you will experience a one tenth of one percent event-a williwaw!

Cliff Jacobson is a professional canoe guide and outfitter for the Science Museum of Minnesota, a wilderness canoeing consultant, and the author of more than a dozen top-selling books on camping and canoeing. Visit his website at: www.cliffcanoe.com 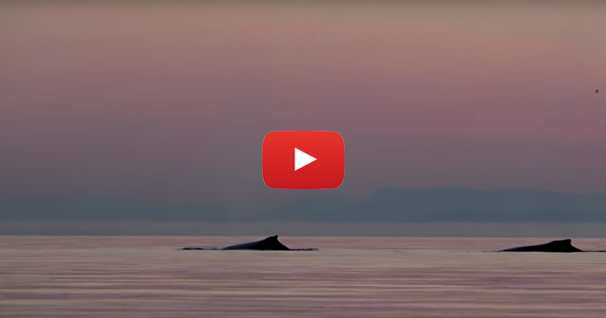