What do you want from a trip?

When you get a call from one of your friends and they say let’s go for a paddle what does that mean to you? Also, what does that mean to the rest of the folks going on that same trip? During my symposium lecture on "What is Good Judgment", I review some paddling scenarios. One scenario lends itself to the topic of this article. I randomly ask five people in the audience why they are going on today’s trip. Their responses cover a wide range of desires. Sometimes a few members of the group have similar desires but more often than not their primary reasons for going out on the water differs. Here are some of the desires expressed by the audience:

I am sure you can add some reasons to this list. As I review this list the question that comes to my mind is, "can one trip meet everyone’s primary reason for going on the trip?" Some of the above motivations can easily coexist on a trip. However, there are others that are on opposite ends of the spectrum. As a result a group of paddler’s go out and some of them have their needs met while others may feel a bit let down at the end of the day (or week) because they did not get what they wanted from the paddle.

I am not trying to make a mountain out of a molehill. The bumper sticker I had in my office for years read "I’d rather be upside down in my kayak rather than upright behind my desk." There is a T-shirt that says, "my worst day in my kayak is better than my best day at work." I believe it is hard to have a really bad day on the water. Even in horrendous conditions I am learning and ultimately enjoying myself. The point I want to focus on is being aware of why you want to go paddling and then expressing that to the others in the group. When asked do you want to go out for a paddle it would be a good idea to ask a few questions. Some things I would like to know before committing to the paddle are:

After I get more info I should be able to decide if I want to go on this trip and if my desires for going out will be met. Here is one of many possible examples how the call can go. If the caller says it is a sightseeing trip I could say I want to practice a few recovery techniques along the way. Will that be OK with you and the rest of the group? Then your desire is on the table for discussion and will hopefully be addressed before you go on the trip. I would rather know before going out than finding out the group just wanted to sightsee and not take time to stop and practice recoveries. You may also find out that a few others in the group want to practice with you. My point is, you never know what others are thinking until you ask the right questions.

The longer the trip (the number of days) the more important this communication becomes. Since time is precious we usually want to make the most of our time. Each of us has our own definition of making the most of our time. I recall being frustrated because my paddling partner wanted to go back to camp and read a book instead of continuing the days paddle together. I wanted us to paddle together. I didn’t understand her desire to rest against a tree and just read a book. Later that day she explained to me how precious her time off from work is to her and it is a luxury for her to be in such a beautiful place with the opportunity to rest against a tree and read. The rest of the year she works behind a desk. My unspoken desire for the trip was to show her all the cool things in this area even it meant paddling all day long (my way of saying paddling until we drop). We did not have a discussion before the trip about what each of us wanted from the trip. This particular trip has become a presentation topic at symposiums called "He Kayaks/She Kayaks". It is a review of the same trip as seen through Hadley's eyes and my eyes. The trip was still a good trip but we both learned a lot about expressing what we want from a trip. It must have been a good experience for us because we ended up getting married.

I am not suggesting everyone can articulate what he or she wants or is even willing to state what he or she wants. We all have friends who never speak up for themselves. However, the more you and your paddling partners have these discussions you will see a greater comfort level in this type of dialog. This process does not have to become a ten-page survey before you go on the water. Just a few simple questions and the willingness to tell others what you would like to do is all that is needed. As I said above, the longer trips become more critical because when we finally have a chance to get away for a block of time we all envision what we would like to do with that time. It would be nice if you and the others share these desires in the planning stages of the trip rather than feeling like you missed out after the trip is over.

In the early 1990’s I had the opportunity to get a month off from work to travel to Scotland as a member of the US Surf Kayak Team. We were going to the World championships. During the long flight to London I realized I wanted to do certain things in the UK when we were not competing. I also realized I was sharing a car with three and four teammates who probably had their own list of things to do. I went to my teammates and told them to make a list of the top five things they wanted to do (in priority order) while we would be in the UK. I told them it would be nice if we could all get our number one priority item met and hopefully our second and third. After getting the lists I made a master list and we then agreed to plan our travel around the list. We all got to do our first and second priorities and some even got their third. There was some overlap and others joined in enjoying the dreams of their teammates. For the record my first desire was to roll my kayak in Loch Ness. Three of us can now say we did it and Dan can say he sacrificed his new sunglasses to Nessie. (Loch Ness was cold and the rolls were fast.) If I had not expressed these desires to the group we probably all would have missed out in experiencing some dreams or desires. We accomplished a lot because it was planned out in advance. It could not have just happened with the tight schedule we had.

Every member of the group has an equal right in having their needs met. It really comes down to how you want to spend your time and what you wish to experience. If you know what you want put it out to the group and see if your needs and the needs of the others can be met. How does one get what they want? Is it by stating what they want or keeping it inside and hoping for it? What do YOU want from the trip? 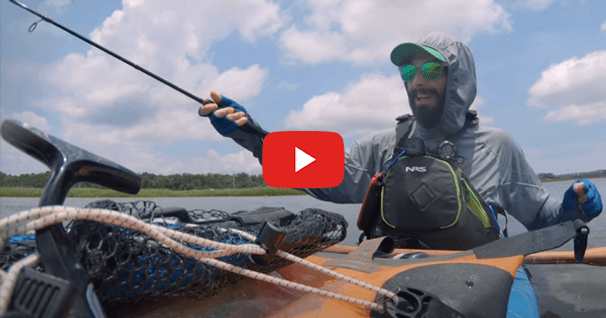 For a long time I wondered about kayak fishing. It’s not like I needed any more reasons to get on the… 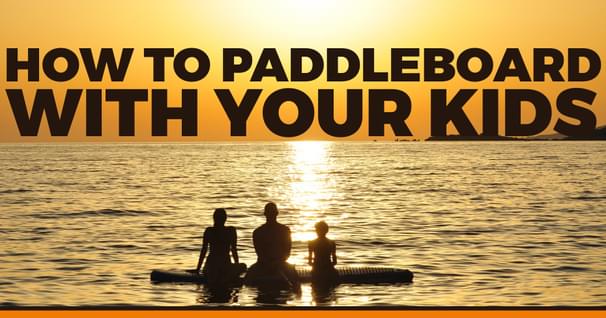 How to Paddle Board with Your Kids

For anyone looking for an outdoor sport for their kids that is fun and has several benefits, stand…

Why Paddling is So Important

It's that time of the year again. Maps are spread out across the dinning room floor, photos of previous…