Funny, how one's perspective on things changes with age. Trips that are easy when you're young become challenging with age. In late September of this year (2016), three friends and I paddled the Frost river (Cross Lake to Round Lake) in the Boundary Waters Canoe Area. I've done that route at least a dozen times over the years, mostly with teenagers who were enrolled in the "Wilderness Experience" program I developed for the school district where I taught.

The Frost River route is breath-takingly beautiful, physically challenging (there are 50 portages…yes, FIFTY!) and extremely remote. Call it "seriously isolated" if you skip the 100 rod portage into Mora Lake and opt to "follow the river" to Little Saganaga Lake. For the brave of heart, details are in my book,"Boundary Waters Canoe Camping"

The lower Frost River (between the Mora Lake cut-off and Little Saganaga Lake) is unquestionably one of the most interesting and remote parts of the Boundary Waters. Virtually no one canoes this section. Sightings of moose, white-tailed deer, black bear, beaver and otters are common. If you skip the Mora Lake portage and follow the river to Little Sag, you’ll enter a new dimension and discover the "wild" in wilderness.

Campsites are limited along the Frost. There are just two between Frost Lake and Little Saganaga, so you have to plan your time carefully. When we did the route with teens, we canoed the entire length of the river in a day. We left Frost Lake at sunrise and were camped on Little Sag by 7 PM. It was a 12 hour day—long enough to wear the kids out. A layover day on Little Sag followed.

But that was 20 years ago when I was buff and tough. This time, our group, whose average age was 70+, needed FOUR days to complete the loop from Cross to Round Lake: Here's how we divided up the days:

From Brant, it's a two hour paddle (well, it's mostly portaging) to Round Lake and your awaiting car. We all paddled lightweight Kevlar solo canoes, which I highly recommend. Days are short in late September so we started around 9:30 am and generally quit by 4. It was a tough, tiring trip and for sanity, we needed both of our two scheduled layover days. Did I say it rained (hard) every day—and blew bloody-murder at night? Along the way we met two men who, like us, had solo canoes. We asked if they were also going down the Frost River?

"No way!" one replied. "I've heard it's the toughest loop in the BWCA!"

I rolled my eyes: Yes, the Frost is challenging, but I wouldn't call it "the hardest loop in the Boundary Waters". However, it is definitely not a trip for old men, even old men who are in very good shape!

So what, besides my advanced age, has changed my perspective on the difficulty of this trip? When I last did the river 20 years ago, there were maybe half-a-dozen beaver dams along the way; now there are dozens. Yes, dozens!

The two small rapids along the lower river which, in the past, could be easily "lined, waded and dragged", now have downed trees across them. And water levels are lower than they were 20 years ago, which complicates passage.

Getting canoes through the "stopper sections" is much more difficult now than then. But for those with patience, heart and muscle, it’s doable.

Frost River canoes should be light, short and maneuverable. Period! And oh yes, 20 foot lines on each end of the boat are a must!

Yes, the river will take the "new out of your canoe". But, the trip is worth it. The narrow river quietly snakes through miles of hip-high grass as it passes beaver house after beaver house, and descends over beaver dam after beaver dam. It's doubtful you'll see anyone along the upper river, and on the lower river, your solitude is guaranteed. You will be all alone and on your own.

Portages are clearly marked in the upper section, though many are mean and over-grown. Bring a saw and axe. There are no established portages along the lower section. You'll just have to figure things out—which may mean dragging, lining or horsing boats short distances through the bush. But If you want solitude, exquisite beauty and the challenge of an "unprogrammed route", you'll love it. The Frost—notably the lower Frost—is a real adventure. A plus, is that by paddling the lower river, you’ll avoid the 100 rod portage into Mora Lake and the exit portage from Mora into Little Sag.

The return route—Little Sag to Round Lake—also has its share of tough portages. But they are all cleared and straightforward. And beyond Little Sag, heading east, campsites abound.

If you love wild places and the magic of canoes, you'll love the Frost River. Despite its difficulty, it is my favorite Boundary Waters route. 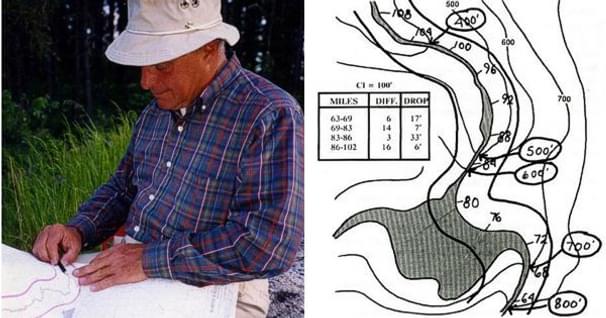 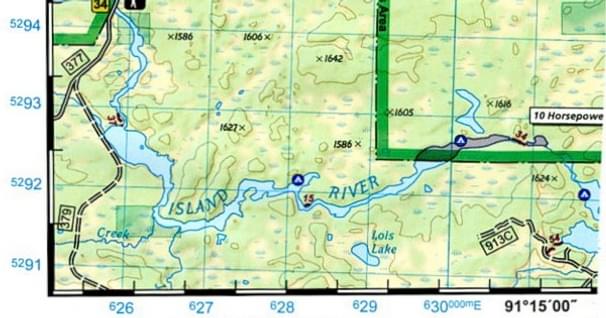 Maps for the BWCA