When one considers that rice is a staple for three billion people around the world, it is no wonder the United Nations dedicated 2004 as the international year of rice. For paddlers it can also be the basic ingredient for a delicious, easy and very convenient meal-in-a-bowl.

Just add some vegetables and a bit of proteins in the form of fish, edamame beans (green soy beans), tofu, meat, poultry, legumes, cheese or nuts and a bit of seasoning (soy sauce, mustard, mayonnaise, tomato sauce, herbs, olive oil) and you’re in for a treat.

When one looks at the place this humble plant has in our occidental diet though, it’s a bit surprising to realize that, to us, rice is just an occasional side dish for a big portion of meat and a handful of vegetables. In North America, rice is not taken very seriously; not as seriously, for instance, as potatoes, which are four times more popular than rice. But planet-wide, it’s a totally different story since rice represents the most widely cultivated cereal and fills 20 % a staggering of all caloric needs for human-kind!

An important role in human history

Rice has often played an important symbolic and social role in human history: it was almost as currency in feudal Japan, and was a source of immense prestige for Italian aristocrats who started to cultivate it in the Middle Ages. Ancient Greeks considered rice as an essential medicinal plant. It was linked to fertility and modesty in many cultures. Still, today in Asia, rice is served to the deceased as a sign of respect in a ritual meal. The ubiquitous grain was introduced to the Persians by China in 300 B.C., and was spread to Europe by the Italians who cultivated it in the Po Delta, a plains region known for frequent flooding.

Today rice is cultivated in just a few regions of the world, with six countries sharing 83 % of the world rice market. Thailand is the most important rice producer, with 26% of global production, followed by Vietnam (15.5%), China (12.9 %), United States (11.5 %), India (11.4 %) and Pakistan (7.9 %). Although westerners consume only 15 % of all the rice produced in the world, many seasoned travelers have discovered varieties of rice such as yellow short grain from Madras, golden long grain from India, Japanese short grain, Jasmine, Mohar, Basmati, Italian Carnaroli, vialone, nano Sadri and dom siyah from Iran, to name a few. Rice is really an amazing plant, with a genetic diversity that’s based upon thousands of varieties. And since rice is so important for so many countries in the Third World, considerable efforts are made to improve its nutrient content and its capacity to resist diseases.

A nutritional bonanza for paddlers

For paddlers who can burn so many calories a day, rice is a fantastic source of nutrients, as long as you choose a whole grain variety. Along with its bran layer, which is rich in filling fibers, brown rice retains an impressive variety of nutrients, like selenium, niacin, vitamin B, magnesium, manganese, phosphorus, a bit of vitamin E and proteins. But because brown rice contains some good oils that can become rancid after a period of time, check the expiry date on the package before buying. Quick cooking brown rice is now available, that, because it has been precooked, only takes about 10 minutes to cook, instead of 45. That can be very useful for quick and effective camp cooking.

You can gain even more time by simply soaking a cup of rice in two and a half cups of water for the entire day. Put everything in a poly bottle on your kayak deck and leave it there. Then, when you prepare dinner, just transfer the bottle’s contents into a saucepan and cook it until the water is absorbed. With this method, even regular brown rice will cook in no time! Just make sure you cook the rice in its soaking water in order to limit the nutrient loss that is inevitable with cooking.

You can also opt for white varieties, like nutty Basmati, risotto-type Carnaroli or converted long-grain rice, which is always a great standby. Short grain is best for risotto or dessert because it becomes sticky, just like Japanese sweet rice. Avoid minute rice because it is a nutritional disaster and it really tastes awful…like cardboard. As one becomes familiar with the wonderful varieties that I mentioned above, there’s no way you can still eat that terrible post-industrial frankeinfood…

The Principle of Rice Pilaf

Pilaf offers an infinite array of possibilities for any camp cook. The basic principle is always the same: sauté an onion in a bit of oil, than add garlic and any vegetables you like. Don’t be shy with vegetables! They add taste and important nutrients to your meal. Sauté 5 minutes. Add a bit more oil and the uncooked rice. Mix well to make sure every grain of is covered with oil. Pour in 2 and a half cups of liquid (salted water, broth, tomato juice or half and half) for each cup of brown rice and 2 cups of liquid for every cup of white rice. Bring to a rapid boil, than lower heat and cook until water is absorbed. Let stand five minutes before serving. Just before the end of the cooking process, you can add almonds, currents, cubed cheddar, shrimps, chicken, beef jerky, tofu, any protein you like. Don’t forget condiments such as herbs, dry tomatoes, olives, capers, and so on.

For this recipe, use canned white chicken meat if you are camping. Usually, this soup would simmer for 2-3 hours until the rice “flowers”; we offer a shorter version for the hungry paddler who doesn’t want to spoil all his fuel for the cooking of one meal…

In a medium-large saucepan, heat vegetable oil and sauté ginger, scallions and garlic for about 2 minutes. Add rice and broth and bring to a boil. Cover, reduce heat and simmer for 30 minutes. Add chicken and heat through. Just before serving, add sesame oil and fresh cilantro.

In a medium pot, put chicken broth, wine and mushrooms. Bring to a boil. Turn off the heat and let stand while you chop the onion and the garlic. In a skillet, sauté onion and garlic in olive oil for about 5-6 minutes. Add rice and parsley and mix well. Pour in half the broth with all the dry mushrooms and cook on medium heat, stirring often. Stirring gives a creamy consistency. When almost all the liquid is absorbed, pour the remaining liquid and repeat the stirring operation until the rice is cooked but still humid. Just before serving, add the Parmesan cheese and pepper. Stir well and serve.

Note: you can also add a can of tuna, Nordic shrimps or a bit of dry ham to this risotto if you feel like it just before serving. 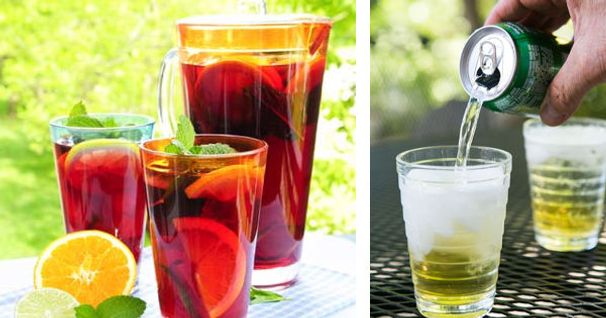