The power of water can be intimidating, especially fast moving whitewater. Humans tend to fear what we don’t understand and when we first come to a swiftly flowing river it appears chaotic and scary because we don’t yet understand the flow of the currents. Once we begin to learn and recognize that currents are made up of certain staple features such as eddies, eddy lines, downstream Vs, rocks, waves and hydraulics pathways begin to open up amid the chaos. Even the scariest rapids are made up of these staple features. Recognizing the best path through a rapid boosts your confidence and helps you discern if your skills are up to running the line.

Learning to read whitewater takes some time and requires some risk taking. Choosing and running your own line through a rapid is one of the best ways to learn how to read water. When first learning it’s normal to misread the water and end up somewhere in the rapid that isn’t that much fun. This is why it’s important to learn how to read whitewater on easy rivers first and with a qualified whitewater kayak instructor. Here are some tips that can help supplement your instruction and help people who are paddling recreational kayaks in very easy-going, slow moving current.

The most basic and important feature to look for in current is the ‘Downstream V.’ Dark or ‘green’ water fills the middle of the ‘V’ and whitewater forms the edges of the ‘V.’ You’ll literally see a loosely formed V in the water with the point of the V pointing downstream. The V shows you the deepest and usually the best route to take through a rapid, especially in class II and III rapids. Current that is dark is deep and usually obstacle-free. Whitewater is formed by water flowing over rocks or debris in the riverbed and indicates obstacles in the river. This doesn’t mean that whitewater equals shallow water – some big rivers like the Grand Canyon – have whitewater that is very deep. The V shows you the obstacle-free and deepest entrance to the rapid. The V also usually leads into fun, friendly waves. The V can be described by some as a ‘tongue’ of water flowing into a rapid.

At first it will be easier to recognize downstream Vs from above so you’ll want to get out of your kayak and look at them from shore. Eventually it will get easier and easier to see them from your kayak sitting in the water. At times you’ll have to get very close to the top of the rapid before you see the downstream V. If you’re approaching a rapid and you’re not sure if you can see the V and you’re nervous about running the rapid blind then it’s always best to get out and look at it from shore.

Eddies are great places to stop, rest or get in and out of the river. In slow moving rivers the current in the eddies flows very slowly or is almost stagnant so it’s easy to rest. As you move into faster flowing rivers the current in eddies flows much faster and can feel chaotic. Recognizing eddies is important because they offer a place for respite if you need a break from the whitewater. A qualified kayak instructor can help you recognize and learn how to efficiently get in and out of eddies.

An eddy line is a swirly line at the edge of eddies where the current flowing downstream meets the current flowing upstream. Eddy lines are some of the most unstable currents in the river for kayaks. Some eddy lines are well defined and easy to recognize while others are more ambiguous. In slow moving current eddy lines aren’t a big deal, but once you get into fast moving water you’ll want to learn proper technique for crossing eddy lines so that you don’t flip over.

Rocks are an integral part of a river. They’re everywhere in the current and on shore so it’s important to make friends with rocks if you kayak or are planning to learn how to kayak. Sometimes rocks are above the current in which case you want to try to avoid them. Remember that you must anticipate when you want to avoid a rock in a kayak because the current is continually moving you toward the rock. Once you’re right at the rock it’s too late to avoid it so it’s important to look ahead and make moves early.

The key to avoiding rocks is to look at where you want to go and not at the rock! If you do find yourself up against a rock defy your instincts and lean into the rock. By leaning into the rock you allow yourself to stabilize and the current will naturally push you around the rock. If you lean away from the rock you’ll expose the upstream edge of your kayak to the current that will act on your boat to flip you over.

If rocks are just under the surface then I encourage my beginner students to paddler right over them. This way you’ll keep your speed and your stability. When paddlers try to get around a rock at the last minute they often end up going over the rock sideways which is much more unstable.

Rocks under the surface of the water create waves and hydraulics. Water flows over the rocks, drops and then comes up forcefully mixing with the air and creating whitewater. Waves are formed when there is a lot of water flowing over the rocks. Waves are friendly and fun to run. They do act on your kayak with a force pushing back upstream so it’s good to paddle enough so that you maintain a speed that is faster than the current. This will keep you from flipping over.

Hydraulics aren’t as friendly as waves, and even though you can surf a lot of them and have fun, it’s best to avoid them in the beginning. A hydraulic is created when there is a steep drop off of the water behind the rock which creates a strong back current flowing upstream feeding the current back into the hydraulic. Hydraulics have large ‘foam piles’ of whitewater flowing back upstream which can help you to recognize them. If you hit the wrong hydraulic it can keep you there until you get tired and have to swim out of your kayak. This isn’t any fun so it’s best to avoid them!

Downstream Vs, eddies, eddy lines and rocks are present on all rivers. Learning to recognize them is an important confidence booster and is key to white water kayaking. It’s also nice to understand the current so that you see pathways instead of chaos and if you do see chaos you can avoid it! This article helps to outline the basic features of any river, but it’s no substitute for one on one instruction and experience on an actual river. Seek out instruction from a qualified white water kayak instructor before venturing out on any fast flowing river.

If you are a first-timer or beginner to reading and paddling whitewater, ensuring that you have all the proper gear is also of critical importance. Be sure you've got each of the below pieces of gear covered before venturing out. 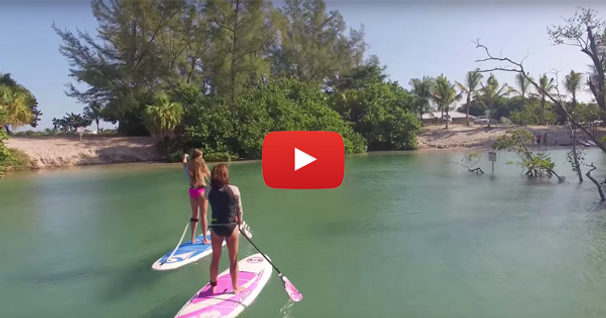 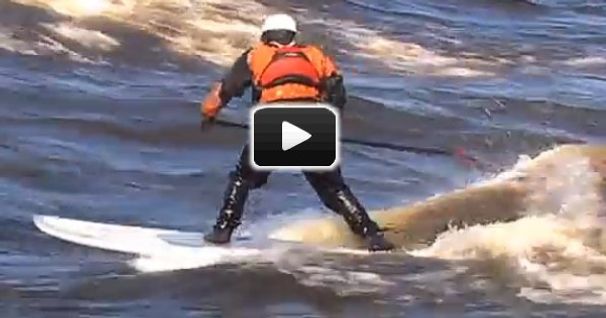 Stand Up Paddleboards (or SUP) come in a variety of sizes for different purposes. Flat water boards tend…