Where I come from, more than 400 different varieties of cheeses are now produced, thanks to inspiration that comes from all over the world, especially from French masters. That’s a far cry from my childhood memories, or yours, when one could basically only ask for cheddar, American cheese and Velveeta. Maybe we also had Kraft dry Parmesan and, if you lived downtown, good old Swiss and springy pseudo Mozzarella? But we can now thank the cheese goddess, because those days are gone and, no matter where one lives in North America, easy access to gourmet-artisan cheese is a sure thing and the choice is amazingly diversified. In most major food chains you can find authentic Parmigiano Reggiano, Spanish Manchego, exceptional Mozzarella di Buffela or Ricotta, Dutch Gouda or Edam, creamy goat cheese from Corsica, France or Canada, raw milk Camembert or Brie from France, not to mention Morbier, Saint-André or Port-Salut, Lebanese Labneh, British Stilton, Norwegian Jarlsberg or Greek Feta.

A symbol of our small planet

In less than a decade, cheese has become a day to day food staple and one of the strongest culinary symbols of our multicultural society. Cheese has also become one of the most inspirational ingredients in cooking. Think about all those pasta dishes made in no time on any busy week night; fondue, cheesecake, grilled cheese sandwiches, vegetarian casserole, salads, soups or Danish pastries. Not to mention how well a plate of cheese with crackers, nuts and fruit can replace dessert. This is not to say that I don’t still love a submarine sandwich made with American cheese or a good aged Canadian cheddar melted in a comforting mac’ and cheese. I would never forget my roots and those childhood memories are still very present in my adult life. But it’s so nice to have a choice to experiment with new flavours and textures!

As a paddler, I must say that I also rely heavily on cheeses for my meal planning because many of them keep so well for a good period of time in less than perfect storage conditions. Dry cheese will keep for at least 2 weeks if stored in waxed paper and a loose bag (which allows for air circulation) in the bottom of your kayak (ideal temperature is between 40° F and 56° F. This is true for old Cheddar, Parmesan, Manchego, aged Swiss or Jarlsberg or Greek Feta kept in brine. No fresh cheese would keep longer than 2 or 3 days because of high water content, making it prone to mold. Consider Ricotta, Cottage, cream cheese, Mozzarella or fresh goat cheese less than hardy travel companions. The rule to keep in mind is simple: the dryer the cheese the better it will keep. Although Roquefort or Stilton also keep well, their pungent aroma might be a real problem during a kayak trip. If you cannot live without them, wrap them very tightly… Other interesting options for paddlers on a multi-day expedition include cheese sealed in wax such as Gouda or Edam, or cheese in metal boxes such as Camembert.

Cheese has a wide appeal for almost everybody. Very few people are allergic to cheese, whereas many have problems digesting milk products. And except for people following a strict vegan diet, meals made with cheese are also an easy way to appeal either to meat lovers and vegetarians, a convenient compromise when you organize a group paddling trip. But more importantly, cheese is probably the easiest last minute ingredient to add to any camp or picnic dish in order to improve its taste and nutritional value. Because cheese is an excellent source of good quality proteins, calcium and… saturate fat too. Apparently, nothing’s perfect! But you don’t have to worry too much about clogging your arteries with Roquefort or Brillat-Savarin. Here too moderation is the key, especially given the fact that there’s a good selection of cheeses that have a lower fat content: mozzarella, ricotta and most goat cheeses, for instance. And you can find low fat versions that are still loaded with taste, such as cheddar or Jarlsberg. But remember that you don’t need much cheese to get your protein ratio: 1 1 / 2 oz will do it. So go for it and enjoy it during your next kayak trip.

The history of cheese

According to archaeologists and historians, cheese is almost as old as mankind, with records of cheese making dating back to prehistoric times and the beginning of herding. The earliest records have been found in cave paintings in the Libyan Sahara and date back 10 000 years. The paintings show the milking process and primitive cheese making techniques. It is also believed that the “discovery” of cheese making was accidental, when a herdsman noticed that milk could solidify when poured into a pouch made of an animal’s stomach. This was due to the natural enzymatic action of rennet, a coagulant that’s found in a ruminant’s stomach. Because the milk that turned into curds tasted pleasant and kept longer, the recipe was passed along from one herdsman to another. We also know that the ancient Egyptians knew how to make cheese because it was found in 5000 year old tombs. Romans used green fig juice as rennet, whereas the word quickly spread among monks in abbeys throughout Europe who can be credited for having invented many varieties of cheeses, such as Munster and Saint-Paulin as well as different varieties of goat cheeses. But the knowledge for making goat cheese originates from the Moors, who taught the French how to make it in the Poitou region at the turn of the 12th Century. French kings quickly fell for cheese and then became the most influential promoters of cheese-making through the following centuries, which explains why the French have developed such an expertise in that area. The rest is history…

In a large pot, pour the boiling water over the couscous, add the banana chips and the cranberries, toss in the cubed cheddar and mix gently. Cover and let stand for five minutes. Serve immediately.

In a Dutch oven, sauté onion and celery in olive oil until soft and translucent. Add flour and mix well, stirring constantly. Add chicken broth, and keep stirring until it slightly thickens. Add the milk and the tomato sauce and continue to stir until it starts to boil. Simmer a few more minutes over low heat. Just before serving, add the cheese, mix well and let stand until the cheese is completely melted.

Mix all ingredients together. Put the mixture in an airtight container and carry along with you for no more than one day, protected with icepacks. Serve either with whole wheat pita wedges, rice cakes or Graham crackers as a filling snack. 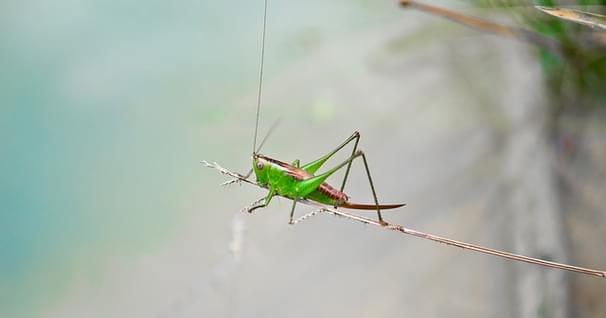