Sausages are a ubiquitous delicacy - perhaps the first processed meat - passed on through the ages and through many culinary cultures. They are a favorite of kayakers and canoeists (just as they were with hunters and gatherers thousands of years ago), not only because they are easily prepared, they store well, and in many cases have a long shelf life, but mainly because they are flavorful and taste great. For today's creative camp cook they also offer a very large range of quick and easy culinary delights.

Sausages deserve our respect; they are one of the most convincing symbols of the human being's love of good food which led the way to culinary inspiration. Sausages were first created as a preserving technique: when hunters from the ancient times tried to find a way to preserve some of their game meats, they made the very first attempt at creating sausages. Basically sausage is cured meat (with a few spices thrown in) prepared using one of three techniques: drying, curing or smoking. The interesting thing is that each of these processes reflects the rapid evolution of humans and their increasing ability to control their environment. At first they used the wind and the sun to dry their game meat; eventually they found that salt helped keep it longer and gave it a better taste. And later, when they mastered fire, they realized that smoking meat was an even better alternative.

Now thousands of years later, we still celebrate the diversity, the delicious taste and the versatility of this primary processed food. The word sausage comes from the Old French saussiche, which derives from the Latin salsus for "salted". In the last decade, making homemade sausage has become a popular trend among people who want to eat high quality food with no preservatives. For those of us who love sausages but who don't have the patience or the interest to make it themselves, butchers continue to create an amazing array of either fresh, dried, smoked or cured delicacies with fillings of pork, beef, veal, lamb, chicken or game. They add amazing style to their creations by using spices such as curry powder, ginger, dill seeds, cumin, fresh herbs, garlic, olives, cheese, wine, pepper, dried tomatoes, to name a few. There are even interesting and delicious options made with grated vegetables, soy protein and cheese for the vegetarians among us.

Citizens of the world

The other day, I was at my favorite Whole Foods Market and the young "charcutier" explained how he was putting together new recipes by adding beets, asparagus, cardamom, cranberries or horseradish to his recipes. But he was also very respectful of the international traditions and was a fan of German, Spanish, Italian and French sausages. When I asked him if he had Toulouse sausages (used in cassoulet, a baked bean and duck confit ragout from southwestern France), he admitted he didn't but he promised he'd prepare them for me. The next week he proudly offered me his latest creation, and they were surprisingly tasty, fresh and delicious. It is great to know that the young generation still embraces centuries of savoir-faire because sausage making is an art in itself.

In Europe, the butchers are masters at their art and also the faithful guardians of very old traditions. The Germans remain sausage champions with more than 1000 varieties. Among most popular are bratwurst, bierwurst, frankfurters (the famous hot dog sausage), knackwurst, blood sausage and the bockwurst. Landjaegers are a Bavarian specialty that is also eaten in Switzerland which also creates andouillette. In France, dried sausages are called saucissons and they are very popular among people who like the great outdoors because they keep well. Each region creates its own varieties. In Italy fresh Italian sausages (made with fennel seeds in certain areas) are also a favorite. Poland has made sausages one of its specialties; most kielbasa (sausages) are made of pork and smoked. In Latin American countries, chorizo is made with fresh pork, whereas in Spain and Portugal it is made with smoked pork, spices and paprika. Morcilla (blood sausage) is popular in Spain and in Latin America, especially in Argentina. In the Maghreb, merguez is a very popular spicy fresh lamb sausage. There are as many variations of sausages as there are cultures around the world, and it is safe to say that the traditions will continue to be passed on for generations.

In a large pot, cook onion, celery and potatoes in oil or butter for 2-5 minutes. Add garlic, chicken broth cubes and water and bring to a boil. Add corn and diced dried sausage, lower heat, cover and cook 5 more minutes. Add parsley and pepper and serve.

For this recipe you will need a campfire and a grill.
Spread flatbreads with tomato sauce. Add remaining ingredients and finish with grated cheese. Cook over coals for about 10 minutes, or until the crust is crispy and the cheese is melted.

Prepare guacamole according to package instructions. Cook sausages in boiling water for about 5 minutes or according to package instructions. You can also grill them if you wish. Spread guacamole on tortilla, cut each sausage in two lengthwise and place 2 pieces in the center of each tortilla. Add salsa and fresh coriander (optional) on top. Serve.

In a skillet over medium-high heat, sauté bell pepper and onion in olive oil or butter for about 5 minutes. Add sausages, eggs, salt and pepper and cook, stirring frequently, until eggs are almost done. Don't cook too much because the eggs will become dry since they continue cooking once you remove the skillet from the fire. 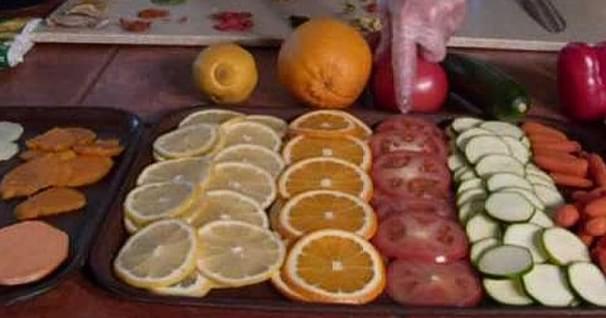