I had the pleasure of sitting in on a lecture about rescues at the West Coast Sea Kayak Symposium in Port Townsend, Washington in September of 2007. During the lecture I heard an all to familiar phrase "safety in numbers." Later that weekend I heard a participant tell me he always paddles in a group, because there is “safety in numbers”. While I can appreciate the concept that numbers can potentially bring more resources, I have never been very comfortable with the concept of safety in numbers.

I am not suggesting that people shouldn't paddle in groups. I am saying, one should not get a false sense of security by thinking that the group will help them. If you were paddling with three of your friends that depended exclusively on assisted recoveries, what would you do if all of you capsized due to the same gust of wind? Aside from being able to reliably perform assisted recoveries, each paddler should have a reliable solo recovery just in case they cannot get assistance from the rest of the group.

Here is a great example: I was running a rough water clinic. We practiced our assisted recoveries and solo recoveries behind a breakwater in calm conditions. The group was very bored, because they felt they knew the recoveries very well having practiced them so often. We then went to the outside of the breakwater where the conditions were very challenging due to the waves washing up and down the breakwater. The sound of the waves and the wash going up and down the rocks (about a ten foot rise and drop) raised the anxiety level of the class. Some of the group could not do their solo recoveries in the rough conditions. There was a paddler who's kayak did not have deck lines or a forward bulkhead, but did have a large forward floatation bag. When this paddler was out of their kayak the bow was too low for at least three of the class members to perform an assisted recovery in these rough conditions. Therefore, the expectation of an assisted recovery would not have been met if these four paddlers were on a trip together in rough conditions. If you would have asked them if they could help each other, prior to this rude awakening, they all would have laughed and said, "no problem." They admitted so in the debriefing.

As a side note, after this sobering experience in the rough water the subsequent practice session was taken very seriously when returned to the calm water behind the breakwater. They were no longer bored. They were very focused now knowing how important it was to know each maneuver without hesitation and how much they were going to be bounced around in the open water. The second time out in the front of the breakwater was much better for the group.

Before one can say there is safety in numbers, I think it is important to define what is meant by safety. I am sure each of us will have our own definition. My definition would include paddlers who are assets to the group and not liabilities. If I were to surround myself by a number of paddlers that I felt would be assets, here would be my criteria for those paddlers:

Imagine having a group of paddlers all possessing these traits. Would you think you now had safety in numbers? I would love to have a group of paddlers with these traits as my regular paddling partners. However, I know from experience that there are conditions that can occur that can put you into a position of being alone even though you are in a group. That is why I am such an advocate for self-sufficiency. I often refer to a favorite quote I heard about whitewater paddling, "It is a solo sport you should never do alone." When conditions get real difficult, will you be able to count on the group? "A group is as strong as its weakest link." If this quote is true, then the safety in numbers is as strong as the weakest/least experienced paddler.

Here are two examples, of many I have experienced, of how the weakest link has put the group in a higher risk situation. In the this first situation all but one of the group was able to make headway while crossing from the south tower of the Golden Gate Bridge to the north tower. Since the group stayed together we ended up heading out toward the Pacific ocean due to the strong ebb current. The slowest paddler refused to accept a tow. Eventually a tow was put onto the slowest paddler and the group was able to make headway. The slow paddler had a lot to say about a tow being forced upon them at the debriefing. My reply was "your ego is of no concern when it comes to the safety of the group." In this case the weakest paddler refused assistance due to ego and the group, in my opinion, waited too long to force the issue, which resulted in the group losing valuable headway.

The second group had to deal with a 5 to 6 knot current and 25 to 30 knot winds all going in the same direction. Our goal was to get back to our launching area while trying to paddle into the strong conditions. Some of the group could have made it and some would not. Again, keeping the group together was a priority so the entire group had to move through a tidal flow that could have been avoided if not for the slower paddlers. This is not to criticize the slower paddlers, because there are winds and currents that will stop all of us. My point is "the group" (the numbers) didn't increase the safety factor. It caused the group to be in a more vulnerable position. In this second situation the slowest paddler readily accepted a tow because they knew it was for the good of the group. However, even with the tow and the slower paddler paddling as hard as they could muster, we could not get around the crux move due to the current & wind. We had to ride the current to the next best landing spot.

In both cases the group adapted to the situation caused by the weakest links and made it home after some hard work. Let me also add, these weak links (in both examples) are good paddlers with lots of experience. The conditions were just stronger than they were that day. It is also very important to note that we had many contingency plans knowing that the conditions could have caused us to change our itinerary. Remember, sticking to an itinerary is often the cause of many of the scenarios we read about in magazines when paddlers get in trouble. Having alternative plans that can be adopted as the conditions change is critical for group or solo safety. In our second example we knew we could make it back to shore with the worst case scenario being a car shuttle instead of getting to our launching beach. Having to do a car shuttle is a minor inconvenience when it comes to group safety.

If these conditions of current with 25 to 30 knot winds were going to take us out away from shore to open water we would not have even considered paddling this location. We did our training in these conditions because we knew that the worst case scenario would mean a car shuttle if the group couldn't paddle faster than Mother Nature.

One can argue that my two examples show there is safety in numbers, because the weakest paddlers would have been in a serious situation on their own. In both cases the strength of the group pulled the entire group through the conditions. However, since these weaker paddlers were part of the group, in both these cases, they put the rest of the group in a higher risk situation so these numbers did not provide safety. They added risk!

When I go out on the water, I go with a sense of self-sufficiency. When I travel with a group, I first ask myself if I can handle the conditions in which we are planning to travel. If my answer is yes, then I think about what I can bring to be an asset to the group. I also look at the strengths and weaknesses of the other group members, if I know them. Then I ask myself, "Do I want to be in the expected conditions with these paddlers?" The last thing I want is a group of liabilities. If I don’t know the group I start asking lots of questions. If I don't think some of the group can handle the days conditions I will say something. If they still want to go I have to decide if I want that potential extra risk and responsibility. If I accept the risk I will go. If I do not want to assume that responsibility I will bow out of the planned paddle.

When you are trying to move up the skill ladder to the next level of paddling, it is best to go out with those already at that level. Before you go with that group, I feel you have a responsibility to tell them you are not at their level and then ask if it would be OK to join them. I would also honestly indicate your current skill level, in detail, to the group members. If they decide they want to take on the extra responsibility (your lesser experience), then you will have a chance to gain more experience. I will be honest and say that the real world rarely works this way. In truth, many groups are usually loosely formed with the group members being casual about who is paddling with them. This is why groups get in trouble. The group thinks there is safety in numbers when in fact it may turn out to be liability in numbers.

When you paddle in a group, take responsibility for your own safety and well being, rather than thinking it is the responsibility of the group to do so. In addition, I suggest you take the time to really know who is in your group. As a group you need to know that each member of the group can handle the expected conditions of the day. The closer the skill and experience levels are within the group means there may not be a so called weak link. 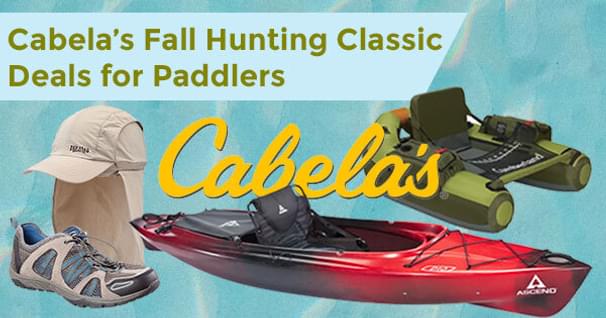 Looking for new paddling and fishing gear? You're in luck! From August 19 till September 8 2021,… 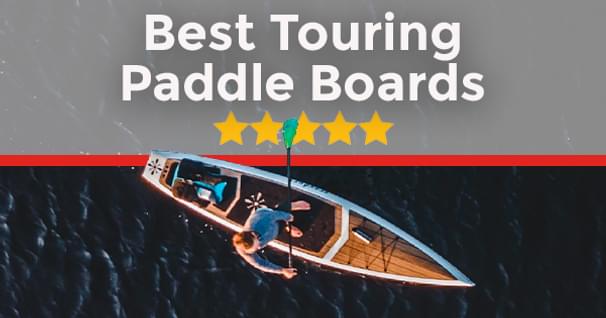 Touring paddle boards, or SUP Touring, is a growing discipline within the broader range of all SUP… 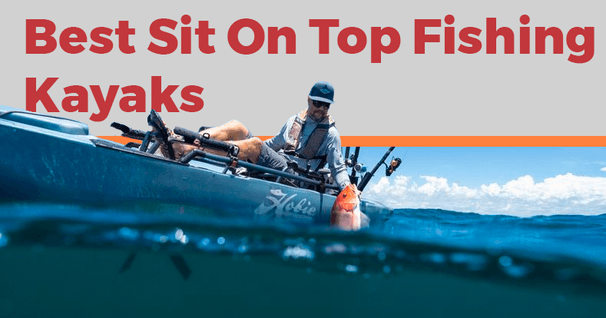