You ever hear that old saying, the one that's a close second to "A Wolf in Sheep's Clothing"? Yeah, you know it; it's the one that your grandparents used when they told you scary nighttime stories…

It was the line the adult leader used when telling stories around the campfire…. Yeah, now you remember, "What you don't know; could kill you"...

Rip Tides fall into that category. And I bet you don't know as much as you should. In fact it's one of the least understood and most dangerous naturally occurring events known to man.

The Coast Guard and Coast Guard Auxiliary want you to be safe, whether you're enjoying your day on your boat or playing on or near the water.

The Dangers of a Rip Tide

More people die from Rip Tides than hurricanes and tornadoes. In Florida, 10 people died in 2001, down from 25 in the 90's. The United States Lifesaving Association estimates that 100 people die each year because of Rip Tides (based on a 10 year average – 1994-2003). This is compared to .6 people from sharks, 18 from hurricanes, 53 from lighting, 58 from tornados and 84 from floods. Heat related deaths top the list at 237.

To add the proverbial insult to injury, the National Weather Service believes deaths from rip tides are under-reported. This makes this naturally occurring phenomenon a very real and scary thought.

What is a Rip Tide?

"Rip tides are strong sea currents which push away from the shore as a strong storm is near. They are formed by the strong winds pushing water towards the shore. Tropical cyclones' winds push waves up against the shoreline even if they are hundreds of miles away, so rip tide warnings are often the first indication of a nearby hurricane." – University of Illinois
http://ww2010.atmos.uiuc.edu/(Gh)/guides/mtr/hurr/damg/rip.rxml

(in fact this is a great website which has an excellent animation to show you just how a rip tide is formed).

As the waves move in toward the shore, sandbars begin to build. The rougher surf begins to crash into these bars and flow over them. The large amounts of water, with the tremendous pressure these waves can exert on the sandbar finally punches a whole through the sandbar.

So, just like the old story of the hole in the dyke, water that is sitting behind the sandbar (which is between the sandbar and shore) starts to rush out of our whole in the sandbar. The velocity of the water is much higher than the surrounding ocean.

This movement creates the rip tide, and is the chief reason it is so dangerous.

It is impossible for a human to swim against a rip tide. Think about your chances of running after an automobile that is doing 60MPH. You could keep up. Well you can't keep up with a rip tide.

But you can out-smart a rip tide.

What to do if Caught in a Rip Current

(from the National Weather Service - http://www.ripcurrents.noaa.gov/tips.shtml) 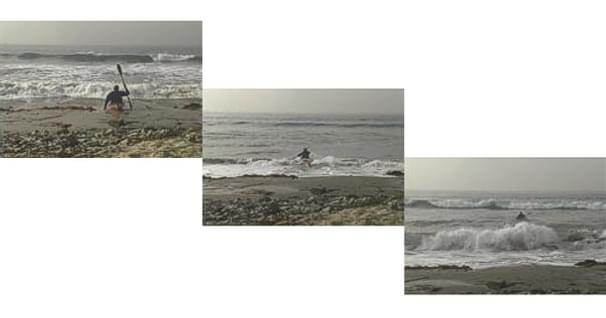 Launching A Kayak Through Surf

Getting through a surf zone can be challenging. Having an understanding of the forces in the surf zone… 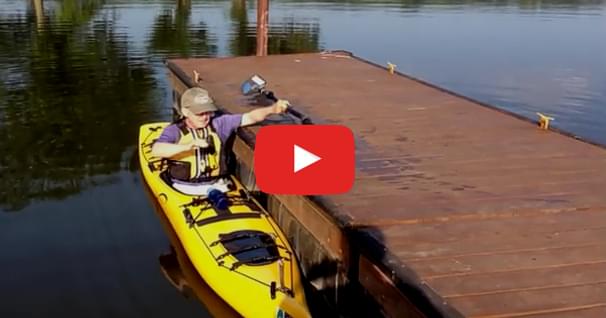 Good morning folks, this is Mike Henebry talking to you from beautiful Lake Springfield in Springfield,…

How to Launch in Surf - SUP Technique

Once you've decided you're ready to take your SUP to the surf, your first task is choosing an…