Rivers are some of the best places to paddle because they are usually very sheltered from wind and waves. They will often provide shaded areas to escape from the sun on a hot day. They are usually very accessible; and sometimes they even offer a little current to help push you downstream.

Although current could be a welcome addition to the trip, it does present some new hazards which are usually very avoidable, but you have to understand them. First off, it is important that you appreciate how much power moving water really has. Even a very gentle current can easily overpower a full grown adult.

If you plan to paddle a section of river, you can't afford to be surprised if the river suddenly turns into rapids. Or if it constricts and the current picks up. So, before you hit the water, make sure you know exactly what you are getting into.

Stationary features in moving water are always potential hazards. As the water doesn't detour around them until it is hit and bounced off the object. Of course, this isn't a strategy you want to imitate. Paddling by braille is generally a bad idea.

Although most people tend to fear rocks, fallen trees can often be the most dangerous. They are quite common on rivers, especially those with steep wooden banks. Fallen trees create something called a "strainer" when they're stuck in the water. They let the water through, but they pin and stop everything else and often under water.

Another fairly common river feature you need to avoid, at all costs, are dams and weirs. Although they may look fairly benign, they cause reversing currents called hydraulics; which can easily flip a kayak and trap the boat and paddler.

A last hazard to be aware of comes into play when you're swimming in current. Although there's nothing wrong with taking a swim in gentle current, it is important that you understand the danger of the foot entrapment. Riverbeds usually consist of a jumble of rocks or debris. If your foot were to get stuck in a crack or depression, then the water can actually push you right over and hold you under water. This can happen when water is as shallow as thigh deep.

The simple way to avoid a foot entrapment is to get around by swimming when you're in the current, and don't try to stand up or walk on the bottom. This even means crawling those last few steps into shore instead of standing up. But a little bump on the knee is better than the alternative. 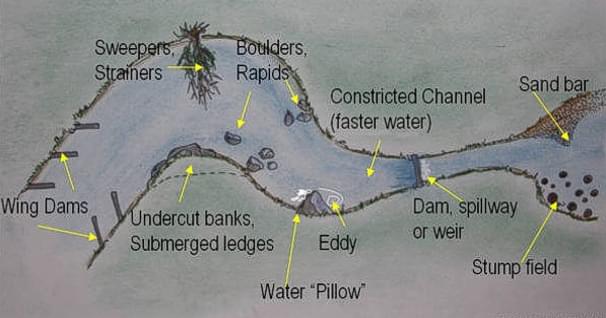 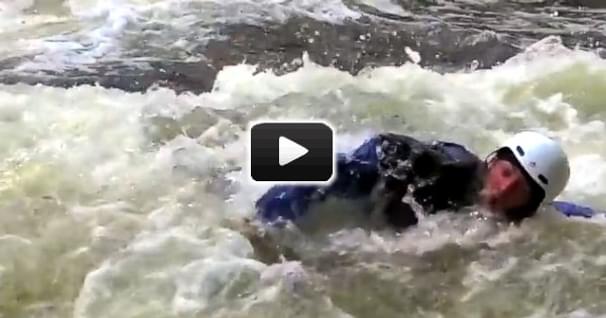 How to Swim in Whitewater

One of the important facets of swimming in whitewater is being able to catch eddies correctly. If…