Short of actually plastic welding, there are a few quick fixes that will keep a rotomolded hull from getting too rough, or for bringing a deformed hull back into "round". Both are cheap methods that can be accomplished in the field, with the most basic of gear.

Although quite durable, the hull of a rotomolded canoe or kayak tends to show its wear in the form of minute scratches and abrasions that sometimes build up the surface with tiny curls and spurs of plastic sheared away from that surface. These micro-fins certainly slow the boat down, though perhaps so slightly that it goes unnoticed. It is unsightly and certainly presents the illusion that speed is suffering. 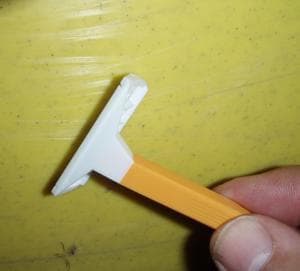 A cheap, quick-fix to rid your hull of those spurs is to get a packet of the disposable, cheapie razors. Use the razor to literally shave your hull free of these troublesome burrs and you probably will see some slight cosmetic gain even if you don’t feel the increased rush of wind against your forehead.

The razor will only take off certain sized burrs but it can be used to soften sharp edges, smooth over the "fuzz" that can develop and generally get rid of a lot of minute, extraneous projections up from your deck.

I don't know how effective it actually was, but I often followed the razor routine with a fairly hot hair dryer. The idea being that the hot air softened the plastic enough to soften the microscopic peaks a bit. Since it is possible to get a hair dryer hot enough that a prolonged stream of hot air could actually melt the plastic, using any heat source is a delicate application. You can "remind" the plastic of its originally-formed shape by a gentle application of low heat. Intense heat can actually change the molecular structure – once melted above a certain temperature, the damage is irreversible.

Most owners of rotomolded boats have had the problem of the hull, and sometimes the deck, caving in from being cinched down too tightly on a roof rack or burdened by a heavy weight against a small surface – while baking in a hot sun. Most often these malformations can be corrected by leaving the kayak alone, in a position that enables it to reform back to its near-original shape.

I once transported a double kayak by a float plane only to untie it and find the entire forward deck completely depressed (like a third cockpit waiting to be cut out). It was to go into service the next morning so I sent instructions with my client who was to use hot water, the sun and some gentle proding to get it back into shape. When he arrived the next morning all he found was three perfectly good kayaks. The "damaged" boat had recovered in the afternoon sun on the beach and was indistinguishable from the other two boats.

Sometimes, however, it takes a bit of external persuasion to get a depression out of a rotomolded hull. A deep crease or serious depression may require more intensive pressure and heat to restore it to its original shape.

A safe way to apply heat, although it takes many applications, is to pour boiling water over --- not the boat directly --- a layer of towels (3-4 thicknesses) laid directly over the depressed area. The towels spread out and slightly muffle the heat of the boiling water and gradually softens the plastic to a point it can be persuaded back into shape.

The towels should cover the entire area to be "massaged" and a blunt stick (broom handle?) can be used to encourage smaller areas back to shape. The process of pouring hot water over the boat is repeated many times until the hardness of the plastic deck or hull begins to yield to the heat. Sometimes you have to move the towels around for the best heat distribution – trial and error.

I once took delivery of a damaged-in-transit kayak and brought it back to salable form. It had eight inches of the bow shoved back in on itself (probably pressed against an exposed bolt or rod in the storage bin). It looked like a pig snout. It took about six gallons of boiling water and two hours of gentle stroking with a broom handle, but it worked!

Today, as the polystyrene industry makes better plastics for rotomold boats, there are probably newer, better tricks to fix these kayaks. Older boats can still benefit from these techniques so check with your kayak dealer about the best way to handle such malformations with the newer materials.

Sometimes in the field you can encourage that rack depression out of a hull by nudging a piece of firewood or something else with a hard, blunt end, into the depressed area. The heat of the sun and constant pressure of the wedge will push that depression right out.

On a rare occasion, you could actually slit the hull or deck to a point you will have to “close the wound”. First, check with your dealer, they may be some new adhesives or combo kits on the market now that will work with poly’ boats. That's always been a repair problem.

There is always duct tape!

Having such knowledge and know-how could come in handy out in the field – it doesn't have to look good, it just has to get you back home safely! 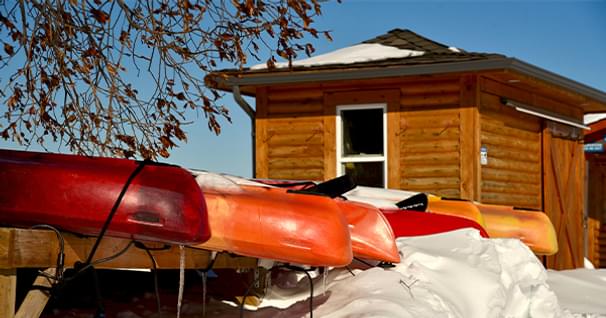 Don’t get stuck next spring with gear that’s not ready to go. So many of us finish one thing and move… 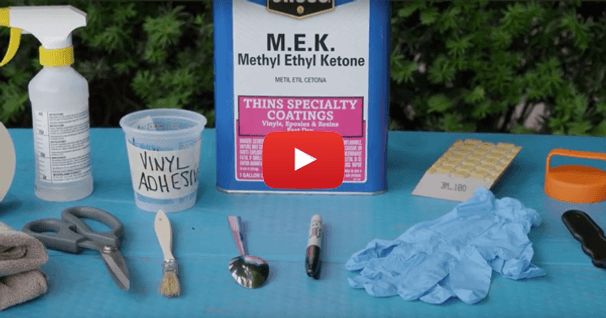 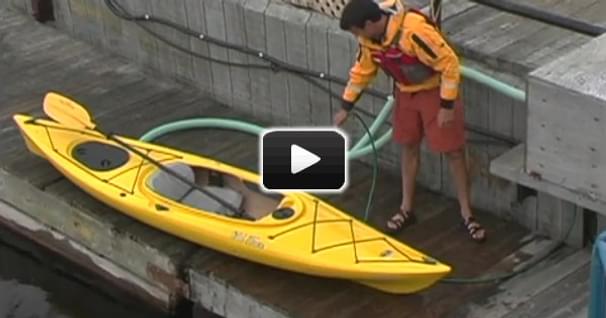