Purpose and Install of SUP Fins

Fins come in all shapes and sizes, and what they do is they allow the board to track straighter. Without your fin, you're typically gonna be sliding all over the place. They also help stabilize your board. So a longer fin is typically going to give you added stability whereas a shorter fin will be less stable for the same board. There's also different styles of fins with regards to how they attach to the board. Your typical stand up paddleboard always has a center fin, and a center fin box like the one here, and then it has side fin box for certain models of stand up paddleboards.

Your center fin is what you're going to always use whether you're paddling in flat water or if you're surfing. If you are paddling flat water, you pretty much only need that center fin, you don't really need the side fins. You can add them if you want, but the center fin is really what you need for flat water paddling.

This fin is a quick connect fin, and this fin doesn't require a tool. I can just pop it into the track, I take the pin at the front of the fin, and I always put the fin in this way, I don't put the fin in this way. And I can put that fin into the track, slide it forward, and just pop it in and it's ready to go. Very nice type of fin, no tool required, no little screw to get lost. So this is a really nice fin. It comes standard on all BIC ACE-TEC and TOUGH-TEC models. Quick connect fin. 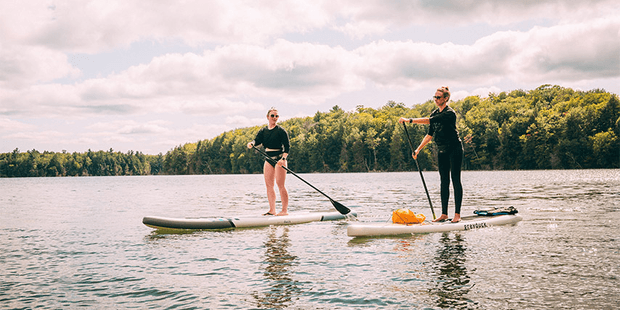 We make being on the water more fun, accessible, and enjoyable. Come with us on this journey, you won’t be disappointed.

The other type of fin is a fin with a screw and a screw plate, and this fin works in the same type of fin box, but in this type of fin, I have the fin, the fin screw, the fin plate, and I also have a fin key. The little pin is located at the rear of the fin, I'm gonna drop that into the track. But before I do that, I'm gonna take this little plate, I'm gonna drop it into the track, and make sure that it goes into the track nice and flat. I take my fin key, I can grab it, slide it forward. Once it's in there, I can take the fin, drop it into the fin track, now it's gonna slide in my fin box. You can see there's some play with your fin box.

Generally, placing the fin near the rear of the fin box will make the board track straighter, and placing it further towards the front of the fin box will give the board a little bit more maneuverability. I'm just gonna position my fin in the center in this case, then I slide the little plate that's in the track, I align it with the fin...the hole in the fin, drop my screw in, I can hand tighten it down, and then when I need to, use my fin key. I can go paddling with just that single center fin, no problem.

However, there are the side fins to consider as well. And this is a very common fin setup where I have two front side fins and two rear side fins, and then I have the center fin box. The side fins will have a left and a right side. So you wanna have the flat end of the fin facing inward, and I can drop these into my side fin boxes. And these fins are really designed for enhancing surfing performance. You don't really need these for flat water paddling, as I said before, but they will help you with surf performance, especially as you get into surfing larger waves. Once I drop my fins in here, I can take my fin key, and using this little screw, tighten these down. I don't wanna overtighten 'em, and tighten the other fin, and you're good to go. 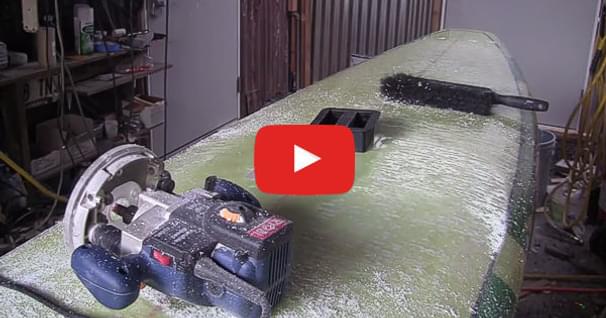 How to Apply Rail Tape to your SUP 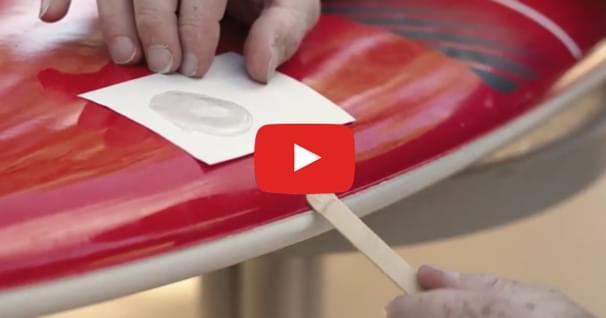 How To Repair Dings on Stand Up Paddleboards