Halloween may be over, but before you throw away the pumpkins that adorned your doorstep this fall, consider giving them a second life by bringing them into your kitchen. Although the pumpkin has come to represent All Hallows' Eve, it actually has a long history of feeding North Americans.

Gourd for you A member of the gourd family, the pumpkin is a cousin to the cucumber and other squashes and is actually a fruit rather than a vegetable. It is believed that pumpkins originated in Central America: seeds dating back almost 9000 years have been found in Mexico. In fact, Native American Indians were eating pumpkins long before they discovered corn. Their thick-skin made them easy to keep through the fall and into the winter. They could be eaten roasted, baked, boiled or dried. Even the shells were used as bowls and storage containers. Christopher Columbus is said to have carried pumpkin seeds back to Europe from the New World. And when the Pilgrims arrived, pumpkins quickly became a staple in their diet.

Monster pumpkins… and the others The biggest pumpkin ever grown comes from Canada. Jim Bryson and his daughter Kelsey, from Ormstown, in Quebec, grew a monster this year that weighed in at 1818.5 pounds… earning them a place in the Guinness Book of Records. There's even a paddling connection to pumpkins. Several communities in Canada and the U.S. now host regattas where competitors paddle across ponds in giant pumpkins. Not surprisingly, the best-tasting pumpkins are not the biggest. Small to intermediate sized pumpkins (2 pounds to 20 pounds) are probably the best varieties for cooking.

So good for you too!

Health experts agree that pumpkins are rich in beta-carotene (a powerful antioxidant), vitamin A (which helps night vision and maintains healthy skin), magnesium (which helps control blood pressure), potassium, carbohydrates and fibers. An added bonus from the pumpkin is their seeds. Some research suggests the oil they contain help lower the risk of developing prostate cancer. They are a good source of minerals and are also rich in fibers. The "pepitas" make a delicious and convenient snack. Scoop them out of the fruit, and rinse under cold running water to remove stickiness. Spread on a baking sheet and let dry overnight before baking in a 375°F oven for 15 to 20 minutes or until seeds are deep golden brown. Let cool and store in an airtight container.

Since pumpkins come in their own containers, you could consider carrying them whole on your paddling trip. Native Americans sometimes cooked their pumpkins over a campfire. Cut off the top of the pumpkin, remove the seeds and scrape out the loose membranes. Then cut the pumpkin into strips, about an inch thick. Skewer the strips onto a sharpened stick and place above a bed of hot coals. Once the pumpkin meat is soft to the touch, it should be allowed to cool and served.

(to prepare at home)

In a large pot, cook pumpkin and leeks in butter and oil over medium-low heat for 10 minutes. Add garlic, chicken stock and herbs, season to taste and bring to a boil. Lower heat and simmer, uncovered, until vegetables are tender. Pour into large bowls, sprinkle with pumpkin seeds and serve with cheese and good rustic country bread for a complete meal.

In a pot, cook pumpkin, spanish onion, carrot and celery in peanut oil over medium-low heat for 15 minutes. Add spices and stir well. Add tomatoes and stock (keep 1 cup aside) and bring to a boil. Lower heat and simmer, uncovered, until vegetables are tender. In a small pot, bring the remaining stock to a boil. Add peanut butter and whisk well to dissolve peanut butter. Pour into the soup pot and stir well. Cook 2-3 more minutes. Check seasoning and add more chili flakes for a spicier soup. Pour into large bowls, sprinkle with fresh coriander (optional) and serve.

You can also add 2 cups cooked white rice to this soup. For a creamier consistancy, put half of the preparation in a blender (before adding cooked rice) and mix until soft. Pour back into pot and mix well with a large spoon before serving.

Preheat oven to 350°F. Lightly butter and flour a tubular 9 inch mold. Flour cranberries, apricots, nuts and ginger set aside. In a large bowl, combine dried ingredients, including brown sugar and mix gently. Set aside. This will help mix dried fruits and nuts evenly in the cake batter.

In another bowl, whisk eggs with milk, canola oil and vanilla. Add grated orange peel and pumpkin and whisk until smooth. Add dried ingredients and stir until just mixed. Add dried fruits, candied ginger and pecans and pour into mold.

Bake in the center of the oven for 60 minutes or until a cake tester or the blade of a small knife comes out clean. Cool for about 30 minutes before turning out onto a wired rack. This cake is better the day after it's baked. 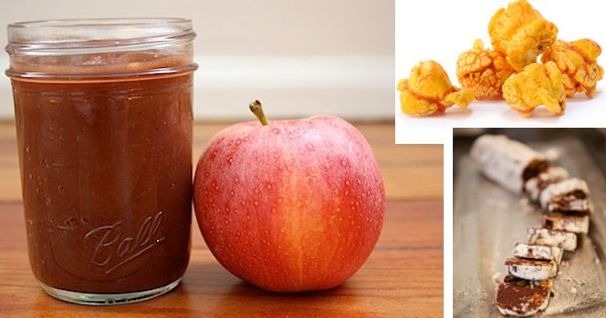 This Christmas, as always, you're hoping to see big smiles appear on the faces of your loved ones when…

Mint: How to fully enjoy the most spring like herb

It’s springtime, and gardeners have either already begun or are anxiously waiting to plant their herb…

Chocolate: one of the most evocative and universal symbols of pleasure. And now that scientific…