A few weeks ago I had a very memorable fishing experience … even though I didn't catch a thing. The night before I had consulted the tide charts, the solunar tables, the marine forecast, you name it. I rigged 4 rods with my "go to" lures, and had enough extra tackle to outfit a third world country. I was certainly prepared.

The next morning, I get on the water at sunrise, paddle to the spot where I knew fish would be anxiously waiting for my first offering. But something just wasn't right. The tide wasn't moving in as I thought it should be. I was expecting to be at my spot at the beginning of a nice incoming tide. Instead, it was the upper end of an incoming tide, and after several hours on the water, it seemed like it simply quit moving altogether. In my slice of paradise no water movement equates to few chances of finding fish.

I wouldn't discover what happened until I got back home, but, I had planned my trip based on tide info for the wrong day and for the wrong area. What could have been a great opportunity to catch some fish turned out to be a wasted day. Or did it? I guess it's all in how you look at it.

I saw a golf commercial once where Tiger Woods got a bucket of balls and slung them into the rough, under bushes, and in numerous other nasty spots. He had some cute little one liner to go along with the video, but he said something like "… anyone can hit them from the fairway …". Much like, "… anyone can be a captain while they're in port …". So, I pondered that I can either pack up and go home, or I can use this "opportunity" to practice.

Practice can be defined as: "Repeated performance or systematic exercise for the purpose of acquiring skill or proficiency". Wouldn't it be great if the only practice we needed was how to release trophy fish? But that's simply not the case. A number of things normally have to line up perfectly in order to find the fish, catch the fish, and land the fish.

So, rather than go home and work in the yard, I decided to practice some things. Hopefully, I'd be able to learn a few tricks that could help me next time I find myself in a potentially good angling situation.

My favorite type of fishing involves trying to toss lures at points and under mangrove branches. In this type of fishing, accuracy is the key. Too short - and the fish won't come out of cover to eat. Too long - welcome to the jungle. So, I took this opportunity to rig up 3 rods with lures that I'd most likely toss at a wooded location. Not only was I concentrating on accuracy, but also working on presentation and making the lure land softer. After spending some time getting MirroLures out of the flora, I'm now a big fan of weedless jerk baits. But I was able to fine tune this technique, matching lures to rods. I also practiced the art of "skipping" lures up under branches. This was time and effort well spent.

Like many, I was an angler first and a paddler second. So, my paddling skills certainly aren't as developed as my knot tying. I took this opportunity to practice efficient paddle strokes and also to practice making as little noise while paddling as possible. If you're sight-fishing, that means your prey can see you too. So, it's imperative that you be quiet on your approach. You can't have your paddle making slaps or hitting the side of the boat. I knew I was getting better because I was able to get real close to schools of mullet without spooking them. Now if I could just teach mullet to take a top water plug.

On the day I was out there were also a number of large boats passing in a nearby channel. I took this opportunity to position myself in their wakes so I could practice riding them out in a number of different seating positions. I also practiced quietly paddling backwards. It's not tough to do, but if paddle down a dead end mangrove tunnel and can't turn around, this practice will prove to be invaluable.

The area I was in had many places to explore. Checking them out on a high tide definitely gives you a clue as to how they'll look at a low tide (and vice versa). I paddled a lot of sheltered mangrove shoreline, just looking. Looking for oyster bars, looking for potholes and troughs, looking for bird nests, looking for places where fish would go on a high tide. This information will be valuable to me next time I'm there and the water is moving. I'll have a much better idea where the fish are coming from, and where they're going.

My new boat has a console that will accept a dry box. In that box, I stuff way too much gear (while I'm at home), making it next to impossible to quietly get anything out (while I'm on the water). So, I took this opportunity to clean out this box, leaving only lures that I'd most likely use. The rest, I put in storage containers found in my milk crate in the tank well. I also took this opportunity to figure out where I could mount a holder for my pliers and lip gripper. What seemed like the perfect placement as my boat lay in dry dock (saw horses) in the garage didn't seem so perfect now.

I also discovered that all this time when I sit "side_saddle" that I'm sitting on the wrong side of the boat. I'm right handed, but I like to swing my feet over the starboard (right, if facing the bow). As I cast, I'm likely to hit other rods in my rear rod holders or even snag something in my tank well. But by simply changing sides, feet hanging over the port side, there's nothing but the bow of the boat in my way. I normally have my paddle secured on the port side, but by sitting this way, it got in the way. It simply needed to be moved to the other side. I made some adjustments, and as a result, had a much more enjoyable day on the water.

OK, it wasn't exactly a deep-deep water re-entry, but it was a little over waist deep, so I still had to work at it to make it happen. But I was over flat sandy bottom, and my gear had been secured in case I wasn't initially successful. So, once I got a little rhythm going, I'd ease out into a little deeper water and try again. If you have a lot of stuff in your cockpit, it definitely challenges your re-entry. But, with practice, you can still get back in. I know that now.

THE RESULTS … I WON:

I was out on the water for about 5 hours - I score this as "win" because I simply enjoy paddling. I was busy pretty much all day - I score this as "win" because I got to try and test a lot of things. As a result, I feel like I learned a great deal that day. Next time I go back to this particular spot, I'll have a short-list of spots to focus on. Once at those spots, I feel I can make better presentations, which should increase my chances of catching fish. I also learned that I really need to check my tide charts a little closer before I head out next time.

Some days are obviously better than others when it comes to catching fish. For some, unless they catch the specie(s) they were targeting, it's a lost day. For others, any day on the water that doesn't end with the Coast Guard involved is a good day. For you, what defines a good day of fishing, and what defines a "skunk"? … Thanks for your input.

OK, I had the disc removed in mid-July. My doctor gave me the news I'd been waiting for in late August.… 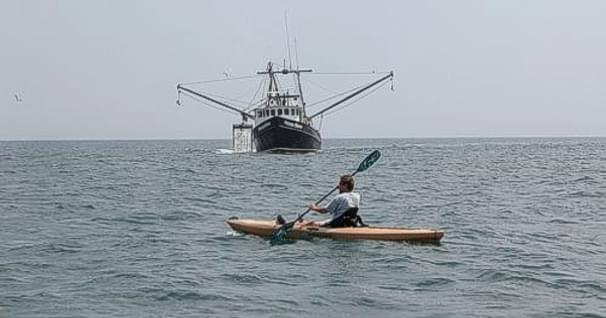 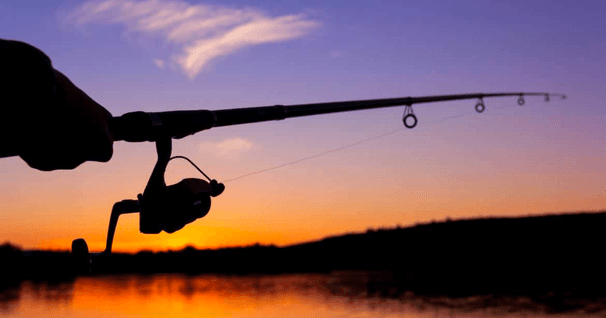 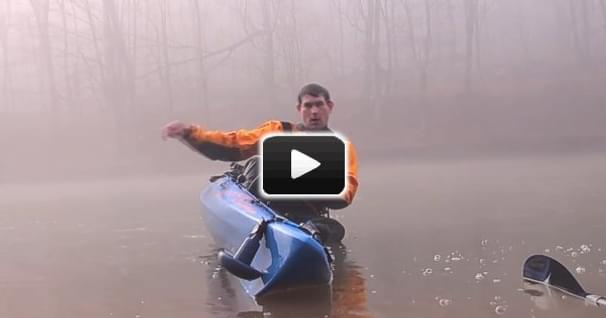