It's 2004 and has been over ten years since testing began in Alaska on a device that is similar to the emergency locator devices onboard boats (EPIRBs) and those used in airplanes (ELTs). Called Personal Locator Beacons (PLBs), the rescue devices were widely used throughout the world long before they were approved for use in America. Based on the positive results of that Alaskan testing, the FCC approved the use of these beacons effective in July 2003. Since then, search and rescue has become even more efficient and successful- and over 230 outdoor enthusiasts can thank a signal from a device no bigger than an instamatic camera for saving their life.

These personal beacons link into the worldwide SARSAT system of satellites that orbit the earth and pick up special emergency frequencies emitted by an assortment of these beacons. Here's a quick overview of how that system works.

In orbit over the earth is a system of satellites called COSPAS-SARSAT - a cooperative effort among the U.S., Canada, Russia and France that monitors these satellites that can receive the signal from emergency transmitters on the ground. Once a distress signal is detected the satellite, using the principles of a Doppler shift (the relationship of changing sound frequencies between observer and source when one or both are in motion) locates the approximate location and sends that information to a ground station called a Local User Terminal (LUT). From there it is sent to the Mission Control Center in Maryland. The signal is sent onward to a Rescue Coordination Center (in the US, that's Langley Air Force Base in Virginia). At this point, contact with the registered owner is attempted to determine the validity of the signal. Once that is established the appropriate local SAR units are notified and deployed. The GPS units can keep this entire sequence down to a few minutes.

It's only been since last summer, however, that an outdoors person could use the same technology to send an emergency signal for his or her own rescue. PLBs are becoming standard gear for hunters, sea kayakers, backpackers -anyone who tends to venture off solo into remote environments.

One of the big differences between the existing emergency signaling units and these new PLBs is that EPRIBS and ELTs are designed to activate themselves, usually through the unit being inverted (a capsized boat) or by sudden and harsh impact (a crashed plane). The PLB units must be purposefully activated by hand. This places the responsibility for engaging the device squarely on the shoulders of the user. While accidental alarms are still more or less forgiven (although some want to charge for the services render during a call out to the individual sending the false alarm), a deliberate false alarm can be punishable with fines assessed at several thousand dollars.

One way in which search and rescue (SAR) units can cull out accidental signals with the PLBs begins right when the unit is purchased by the individual. Each unit has its own frequency code that identifies the unit as belonging to a specific user. This code is used to access a detailed registration form that gives name, address and other information about the particular user. Part of the SAR process is to always check with relatives and associates once the identity of the unit is known, before activating a mission.

Case in point: Imagine a sea kayaker, out for a day's paddle who capsizes and is forced to seek cover on a remote island. At the same time a fly fisherman returns from a weekend trip and is leisurely cleaning out his SUV of gear. A SARSAT satellite picks up two PLB signals from the same general region. Each is identified right down to the person's middle name and contact is made from the numbers provided on the registration. In the case of the kayaker (who was smart enough to leave a float plan) his roommates tell the local search organization that their buddy is, indeed, past due, planning only to be gone a few hours. In the case of the fisherman, that call reveals that the unit was accidentally activated when a fishing vest was tossed onto a rack in the man's garage - false alarm.

Now, depending on the type of PLB unit our kayaker has, rescue may be within a matter of minutes at best; or a couple of hours at worse. The difference is in the make-up of a particular company's PLB product.

Each PLB emits on two frequencies: 406 MHz is used to attract the attention of the satellite and is capable of locating the devices within a couple of nautical miles. A second frequency at 121.5 MHz enables searches to home in on the target once on the ground. The good news is that some PLBs either have a GPS program integral to the device or have the capability to interface with a connecting GPS. (Be advised, not all GPS manufacturers make a unit that can be connected to a PLB). Using the GPS as part of the PLB locating accuracy, the units can draw rescuers into within 100 yards or less - and at least four times faster than with just the PLB.

These units are small by necessity and style. Typically the units measure about 4"-6" long, 3"-4" wide and about 2" deep. Smaller units have been developed and are awaiting approval. These devices are enclosed in rugged cases that are at least water resistant, usually down to a meter below the surface. All have an external antenna that either unfolds from being wrapped around the unit, extends from the interior, or must be attached externally. Most of them weigh around a pound and use a lithium battery capable of sustaining power for up to five years. They all work at temperatures down in the -20ºC range. Expect to pay $700-$800 without GPS, about $200 more with it.

The PLB technology comes with a price tag beyond dollars. These units rely on the common sense of the user and the absolute need to activate based on an emergency situation - on in which life, limb, eyes or certain property are at grave risk. The use of a PLB should be a last minute action after all other options have failed. Ideally, the PLB program will help validate real cases quickly and accurately so that many more lives will be saved. It must be noted, however, that as good as the PLBs are, like other electronic devices, they are worthless without batteries. Always care spares and be prepared to deal with alternative signaling devices and always leave a detailed float plan with someone in case of such emergencies.

The PLBs have only been on the market for a little over a year and already there are techy changes that are producing smaller, more user-friendly models.

There is a great bumper sticker that reads "Support Search and Rescue - Get Lost!" A better way to support may be to look at this new technology and consider it part of your personal survival gear. Safe paddling always.

Tom Watson is an avid sea kayaker with 15 years experience in the North Pacific waters of Kodiak Island, Alaska. He is also a freelance writer whose articles have appeared in most of the popular kayaking publications. He is a frequent presenter at regional kayak symposia. His book "How to Think Like A Survivor" is available on Amazon.com. 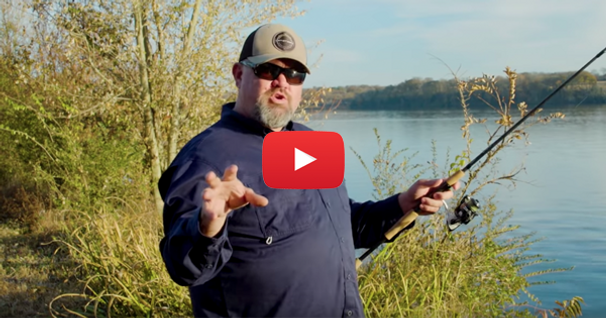 How and Why to Fish With a Spinning Rod

In this video, Chad gets into why and how to fish with a spinning rod and some techniques that will help…

Paddling Gear For Your Next Summer Adventure