When I do a lesson, a lot of times if people learn quickly, I'll get into some more advanced stuff right away. And usually I get in the water with them and this is a good way to practice some basic stroking. And because I'm off the board and I'm in knee deep water, it's hard for me to hold my paddle way up here. So I'm just going to hold it shorter to demonstrate some of the things I want to show you.

One thing that a lot of beginners do is they don't use their whole blade. They only use the top third of the blade. They kind of skim the water with their paddle and they're not really getting any grip. So, instead of just skimming the surface with the paddle, what you want to do is stick the whole blade in, and then pull on it. So you get a really nice catch. You can just kind of spear it into the water like a spear gun, or slide it in from the side or a little bit of both, and then pull on it. So get a real nice catch, and plant the whole blade in the water. The water should be all the way up here, where the whole blade is under water.

The other thing is, people in the beginning usually put the blade in too far back, and then they pull it behind themselves and then they throw water behind them. Anything really behind your feet is very inefficient in terms of propelling yourself forward. So, instead of doing this, try to get as much reach as you can forward, get the blade in there, pull it, and then end it at your feet. When you come to your feet, you come back out again.

Standing in the water is a really good way to practice the feathering too. So at the end of this stroke, if you twist your paddle out to the side and then bring it back forward in the water like this, it teaches you how to properly twist the blade, while you're moving it forward. So you twist it at the end of the stroke, with the paddle facing out away from you, and then take your next stroke.

This is a nice drill to practice the feathering on the end of the stroke. Feathering the blade, twisting it, and then planting it again. This takes a while to get used to it, but the sooner you learn it, the better. Because, if you're practicing, and you're practicing the wrong thing, it's going to be harder to learn it later. So the longer you paddle doing it the wrong way, the harder it's going to make it to learn it the correct way later. So you might as well try to learn the feathering and the correct paddle stroke right away from the beginning - nice forward catch, planting the blade, feathering at the end of the stroke.

So the other thing that I try to show people is using your big muscle groups in your back, your shoulder, your core muscles, you know, all those big muscles instead of just your arms. Usually the beginners, their upper body is just completely still and all they're doing is using their arms. Pushing and pulling with their arms like this.

What I try to get people to do is try to keep your arm, especially your bottom arm should just stay straight, reach forward, and I'm going to twist from my hips and my shoulder, to get the paddle in forward and then unwind. So it's like you're winding up a spring. Your body's like a spring that you're winding up in the beginning and unwinding it during the stroke.

So use those big muscle groups to power your stroke, not your arm. Watch my bottom arm, it's always going to stay straight. I'm not using my arms to pull on the paddle, I'm just using my core, and my torso, twisting motion. So those are just some basic things that are good to learn in the beginning before you get used to bad habits. But it's all more advanced things.

Another thing that I always tell people is: don't try to do everything at once. Focus on one thing at a time. Maybe focus on the feathering in the beginning. Then once you get the feathering, then on the twisting.

There are a few drills, I'll show you one drill that I like for the feathering. If you put your top hand on your top handle while you paddle, it's kind of hard to do standing in the water. But at the end of your stroke, if you just drop your top hand to the side, and you hold your wrist straight, your paddle is going to automatically be feathered. So then if you hold it against your waist, you twist your waist and your shoulder forward, to bring the paddle forward, you're going to have the right shoulder position already. Then when you put the paddle in, keep that shoulder position, and then unwind into your stroke. And then do the same thing again. The paddle against your hips, twist, put it in, unwind. That's a good way to practice both the feathering and the twisting from your hips.

And of course, when you're paddling out in the water, you don't really want your blade to make this big circle. When I'm doing this, and I'm dropping my hand all the way down, my paddle is making a big circle like this. So, when you're doing it, you want to try to bring the paddle more forward, like a small oval shape. Or almost like it's going straight back forward again, not so much where you're dropping your top hand all the way down.

All right, so those are just a few tips on how you can make your stroke more effective and more efficient, so you can paddle longer and go faster. 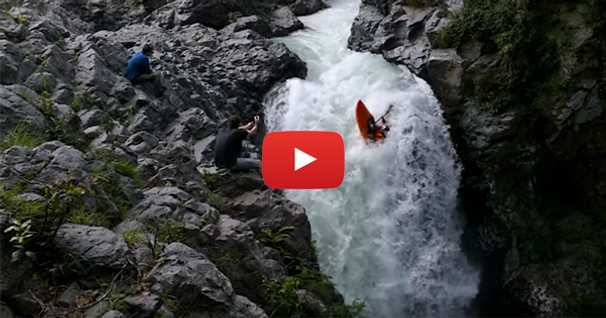 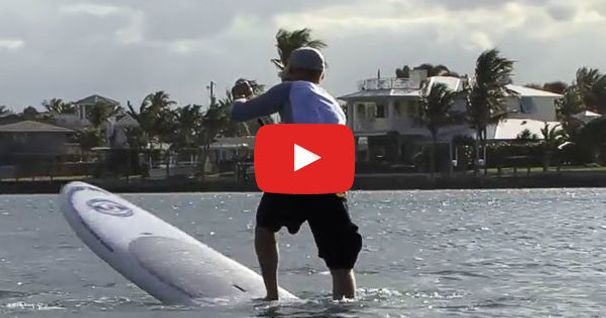 Pivot turns are a great way to turn your board and you can do them when you're stationary or moving. The… 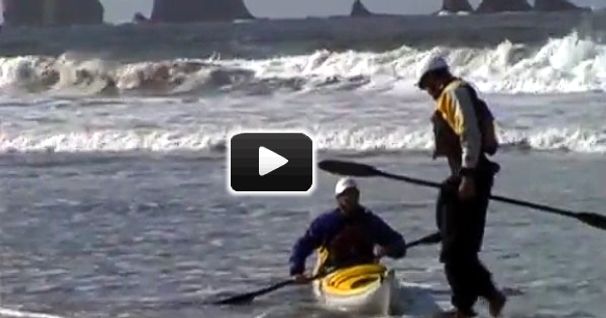 Most people are concerned with how to get their standup paddle board moving forward, but it's just as…