I always hated my dad's oatmeal as kid. For one thing, he overcooked it in water. And he made me eat it, saying it was good for me. That alone is enough to turn any kid off. To me, it looked like wallpaper glue and didn't taste much better! It wasn't until a couple of decades later that my husband convinced me to revisit the breakfast cereal and I realized that, properly prepared, oatmeal could in fact be a great way to start your day. One the tricks is to cook it in milk or soy beverage. Another is to add your favourite goodies such as dry cranberries or cherries, toasted nuts, even chocolate chips or bananas to your oatmeal.

It turns out that oats pack the most soluble fiber of any grain. A crucial component of the soluble fiber in oats is beta-glucan, which helps lower your bad cholesterol. Studies show that a diet that regularly includes oats and oat bran can lower cholesterol by up to 20 % and can also help prevent heart disease. Beta-glucan slows the absorption of glucose into your body, helping to avoid sugar highs and lows. That's great for people who suffer from diabetes or have trouble controlling their blood sugar. Making oats a regular part of your diet can also reduce hypertension or high blood pressure. And studies show it can also help prevent certain cancers like breast cancer.

A Brief History of Oats

Oats have been maligned for years. Oat seeds were found in Egyptian tombs dating back to 2000 B.C., but experts say they were probably only seeds from weeds found in other cereal crops. It wasn't until around 1000 B.C. that the "weed" was domesticated for human consumption. Many people thought oats were only fit for animals. The English apparently looked down on the Scots for eating oatmeal, saying they fed their oats to their horses. The Scots retorted, saying that "while the English raise fine horses, in Scotland, we raise fine people." Still, oats continued to make their way as a staple in diets, no doubt because of their beneficial qualities. It was imported to the early American colonies, and by 1785, George Washington was said to have sown 580 acres of oats on his farm. Since the 1980s, with more and more documented proof of the health virtues of oats, even more people are rediscovering the once-scorned cereal.

As with all foods, the more processed the oats, the less nutritious it becomes. Oat groats are the whole oat grain, with only the outer hull removed. Since they are whole grain, they take a long time to cook but they make a great breakfast cereal or, like brown rice, can be cooked as a salad, a casserole or a pilaf.

At home, put groat in chicken broth and bring to a boil. Cover and let sit for 35 minutes. Bring back to boil and simmer, covered, until tender for about 35 minutes. Let cool and put in an airtight container. Groat will keep in refrigerator or cooler for up to 48 hours.

At camp, heat olive oil in a skillet and cook onions and celery over medium heat for 5 minutes. Turn heat up, add mushrooms, thyme and rosemary and cook for about 5 minutes, until golden brown. Add precooked groat and mix well with other ingredients. Add salt, pepper and nuts and heat through. Serve.

Preheat the oven to 375°F. In a large bowl mix dry ingredients together. In another bowl put eggs, vanilla, sugar, brown sugar and butter and mix with an electric mixer until light and fluffy. Add applesauce and mix well. Add all dry ingredients at once and fold in. Add dried fruits and pecans and mix well.

Spray cookie sheets with cooking spray. Drop cookie dough by spoonfuls 2 inches apart. Bake 15 to 17 minutes or until lightly golden. Remove from oven and let cool for 10 minutes on cookie sheets. Transfer onto a rack and let cool completely. Store in an airtight container, making sure each layer of cookies is separated with parchment paper.

Mix all ingredients in a large bowl and put in an airtight container.

12 hours before serving, put 1/2 cup muesli in an airtight container with 1 cup plain yogurt or 3.5% milk. Let stand in the cooler (or in the fridge) and serve with fresh fruits and maple syrup (optional). You can also pour a little 10% cream on top if you like. 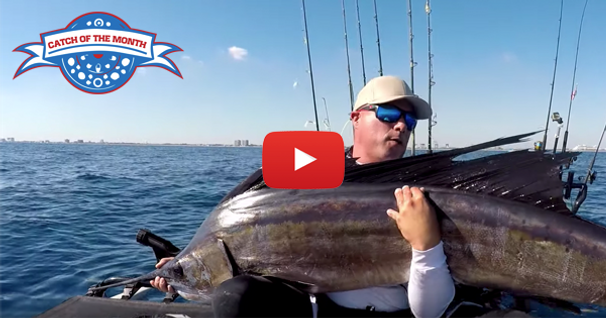 Watch an angler in Southern Florida catch the sailfish of a lifetime from his kayak!

Nothing is more appealing than a day spent on the water, either in a canoe or a kayak. And along with…

I loved being in the Girl Guides (aka Girl Scouts in the USA), and one of my favorite…